The four teams participating in the final regional qualifier were Sabertooth, Revolution, Question Mark & 5Hunters. These teams qualified through the open qualifiers held in the cities of Ho Chi Minh & Hanoi.

The qualifier followed a double elimination bracket with the winner getting an opportunity to fly to Shanghai and represent Vietnam while competing for the $100,000 prize pool.

Here is how the Regional Final Qualifier went down: 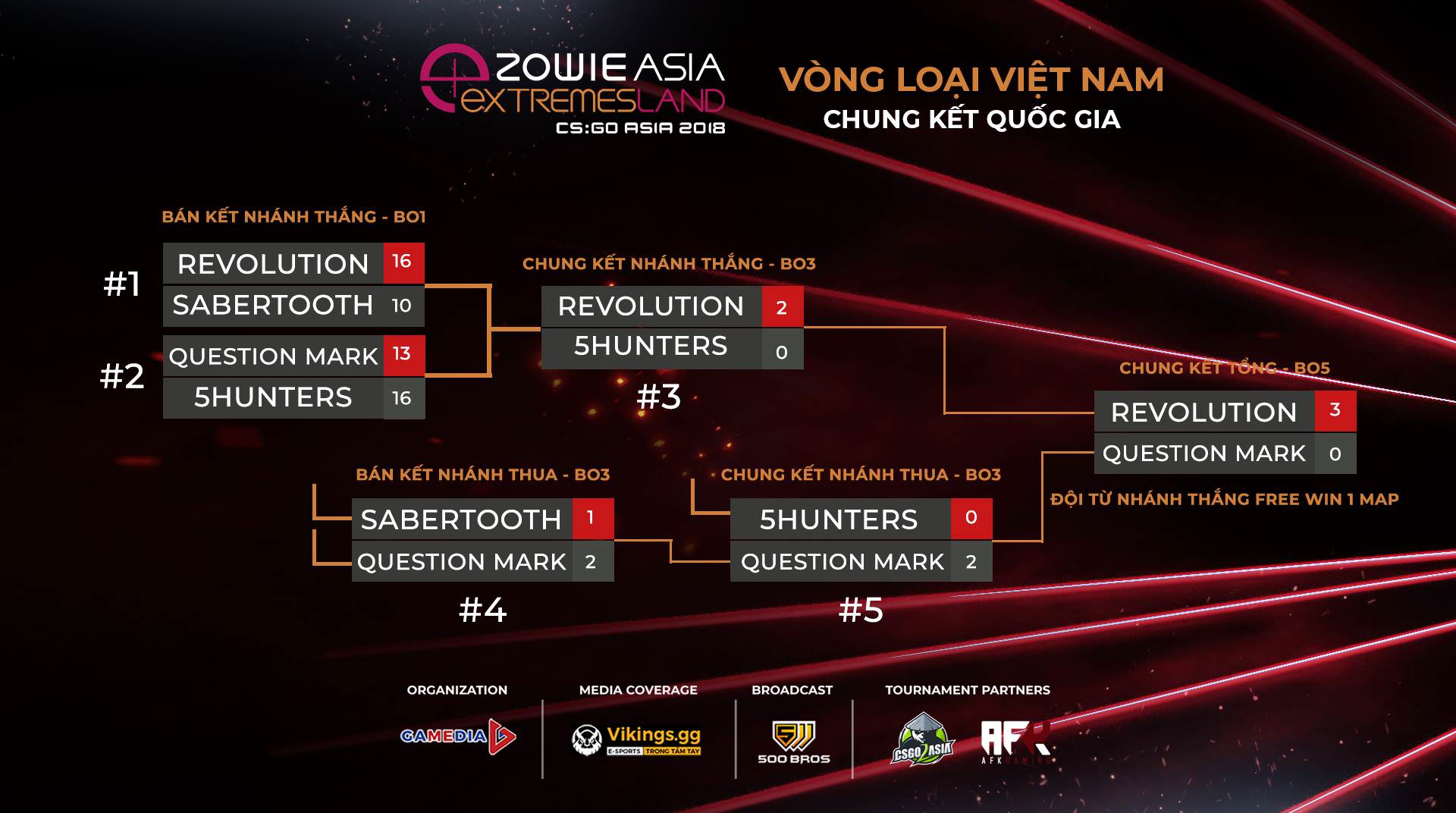 The first game of the qualifier took place between Revolution & Sabertooth. The BO1 between the two teams was played on Mirage, where Revolution dropped Sabertooth down to the lower bracket with a score of ‘16-10’.

The second game witnessed Question Mark taking on 5Hunters. The match was close and intense as 5Hunters edged past the finish line scoring ‘16-13’ on Inferno.

The first elimination match was a face-off between Question Mark and Sabertooth. The BO3 series was won by Question Mark ‘2-1’. They lost the first match to Sabertooth but came back strong in the remaining two matches to move on to the lower bracket finals.

The upper bracket final was held between Revolution & 5Hunters in a BO3 match-up.

The first match between the two sides was played on Inferno. Revolution completely destroyed 5Hunters, dominating them ‘16-1’ to take the first match.

The second match took place on Train. 5Hunters initially down by a score of ‘1-5’ came back to even out the scores. A tough fight ensued between the two but slowly Revolution grew its lead to take the match ‘16-10’ moving on to the Grand Finals. 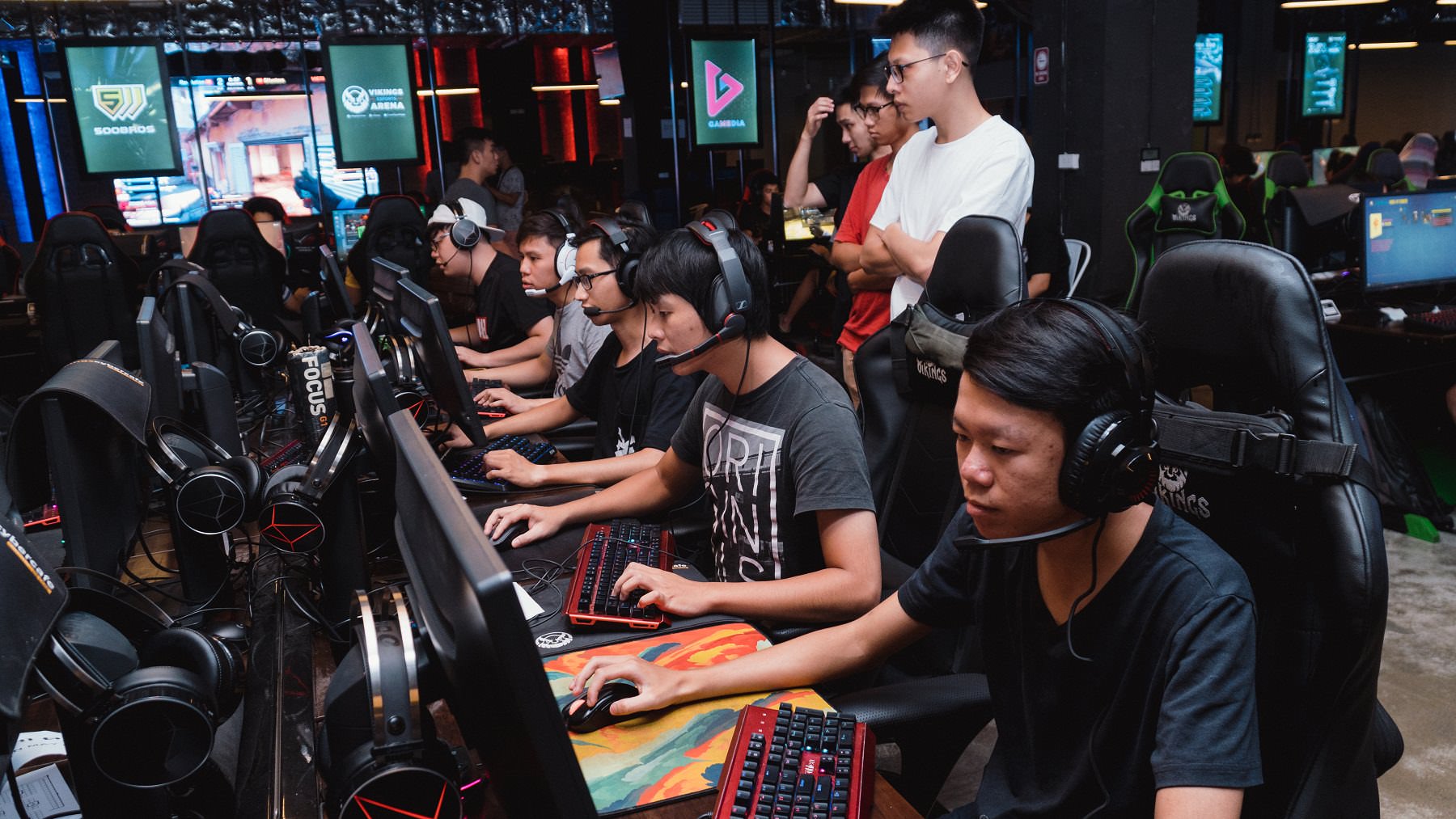 The first match took place on Dust 2 where Question Mark started off by taking a small lead and maintained it throughout till the end. 5Hunters, on the other hand, showed grit not letting their opponents run away with the match but eventually lost to them ‘16-10’.

The second match was fought on Inferno. Again, Question Mark established a solid start to the game but this time around 5Hunters was able to get the lead for themselves somewhere in the middle. In the end, a few great rounds by Question Mark won them the match ‘16-12’ due to which they qualified for the Grand Finals.

The BO5 series took place between Revolution and Question Mark. As Revolution came through the upper bracket they held a 1 game advantage over their opponents.

The first match was played on Mirage. Question Mark won a few initial rounds but Revolution evened out the score at ‘6-6’. From this point onwards, Revolution executed near perfect plays one after the other, not dropping even a single round and took the match ‘16-6’.

The second match was played on Dust 2. Once more a great early start by Question Mark was turned into a tie by Revolution with both the teams at ‘5-5’. A great hustle took place with good pressure being applied from both sides but Revolution displayed some exceptional plays to win the match ‘16-9’.

Taking the series ‘3-0’, Revolution won the Vietnam Regional Final Qualifier and will be representing their country at the Main Event in Shanghai.

The replays of the open qualifiers, as well as the final qualifier, can be found Here.