We finally have new information about Valve’s newest game Artifact. It’s just not from a source we expected from. SEA based caster - Treephob “Xyclopz” Tiangtrong broke a Non-Disclosure Agreement (NDA) with Valve as he posted screenshots from Artifact by virtue of his access to the Alpha version of the game.

We knew that early-access to Valve’s latest game, the card game based on Dota 2’s lore was available for several Dota 2 personalities including SirActionSlacks and SingSing. But no one until now broke their NDA agreement.

Xyclopz started by posting a screenshot of the Deck builder on the Artifact Thailand Community Facebook group and inadvertently revealed a few details about the game. 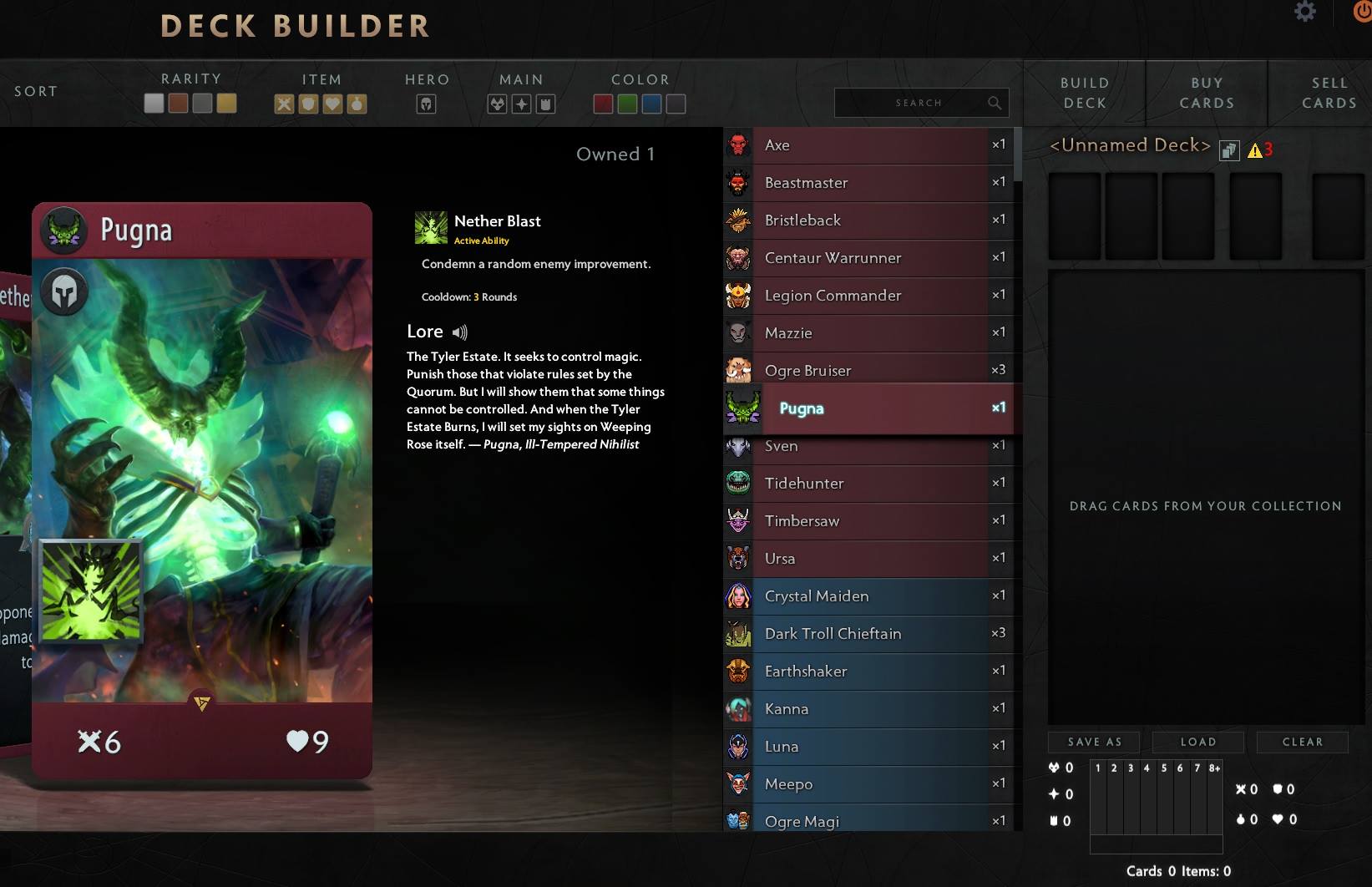 From this screenshot you can see:

(See Also: Everything you need to know about Valve's Artifact so far)

He also held a Q&A session on his fan page revealing key aspects of the game. Although the session was in Thai, Reddit user Cymen90 translated it into English.

Q : Is there any new heroes?

A : There's a lot of new heroes and in every color such as Ogre Bruiser, Mazzie, Kannah. I just lost to Kannah she's very strong late game

A : I just confusing for 2-3 days but when you know how to play it's very fun! I couldn't sleep.

Q : How does ranking works? Is it like MMR in Dota 2 or it's a Dynamic Tournament?

A : Now there's a weekly tournament for balancing the game. The prize for winner is 100$. Playing rank in my meaning is Gauntlet mode. It's a card drafting for duel with your opponent.

Q : Will the Beta come out?

Q : What about card handicap?

A : There's still an argument. Some say this or that color is too strong. But I think Red is a bit too strong.

Q : Can you build a deck that have more than 2 colors?

A : Yes, you can build whatever you want. But it will be hard to play because you have to have a hero with the same color of your spell in that lane to play that spell.

A : I don't know yet. but I suggest to reserve some money. Because it maybe used to buy a packs.

Q : Is there a card quality? (Read rarity)

While Valve hasn’t made any official statements regarding Xyclopz’s leak. Prominent Dota 2 community figure, SirBelvedere was able to confirm the leaks with an insider and believes that “Xyclopz will get stripped of the beta and will never ever get access to anything Valve.”