8th, Mar, 2018
The wires have been connected, the switches flicked on, and the lights set as one of the biggest tournaments of the year is due to kick off in Haiko City, China. With a build up that was 3 months in the making, WESG 2017: The Grand Finals is set to be a fiercely contested tournament as teams vie for the $1,500,000 prizepool.
With over 30 teams assembling in the Hainan International Convention & Exhibition Center to compete in the Grand Finals, this looks like it could be one for the esports history books!

AFK Gaming will be doing previews for all the teams from the APAC region, competing in the event starting with Seventh Heaven. Check back here daily for a new preview right up until the event kicks off.

Seventh Heaven started off their WESG 2017 campaign in the WESG: Australian Qualifiers beating out teams like Natural 9 and Rin's Gatekeepers (A team with 2 time Major champion Anathan "ana" Pham) to win themselves a trip to China where they would go up against the best of the Asia Pacific region as well as a few Chinese teams.

It was a tall ask for a region that has struggled quite a bit lately. While a couple of their players have found success in other regions (kpii of Newbee, Ana of OG), no team from the region as a whole has delivered, a far cry from the glory days of the ‘Absolute Legends/Natural 9’ of TI2.

The APAC Finals would prove to be a prime opportunity for these players to prove that they can still hang with the top teams of the region. 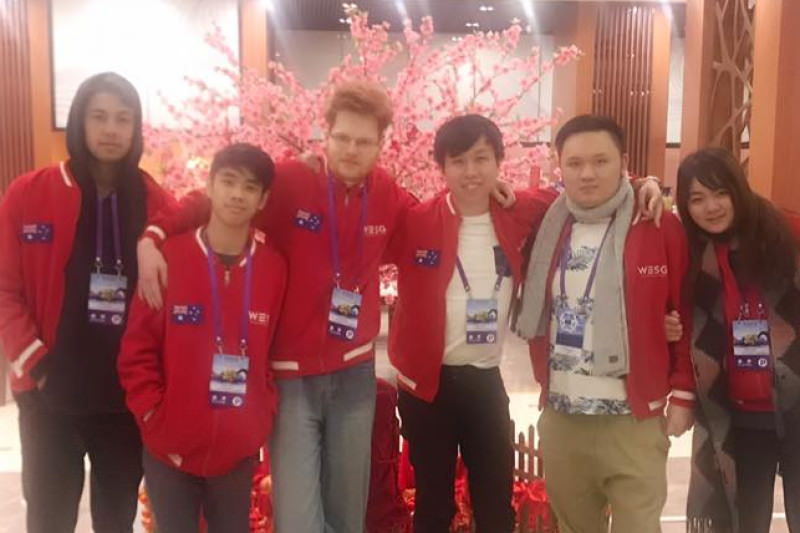 Seventh Heaven kept charging forward, pulling out great performances one after the other. They finished 2nd in their group, only dropping a single game to EVOS Esports to proceed to the playoffs. There they took down Signify in their first series, and Fire Dragoon Esports in their second.

They then proceeded to face Keen Gaming, one of the strongest Chinese teams out there, in the Semifinals where they lost 2-1 and finished in 4th place walking away with $6,500 and a spot in the WESG: The Grand Finals.

In an exclusive to AFK Gaming, Phillip "rin" Pham talked their performance in the WESG 2017: APAC Finals. He said:

"Going into the event, the team was confident but we didn't really know how much potential we had. We pretty much lost all our scrims, but we chalked that up to ping disadvantage and other external factors. When we arrived in China, our scrims got a lot better and we started to gel. This was really when we knew we had what it takes - we knew we would probably advance further to the world finals but not that we would eventually 2-0 Fire Dragoon and almost take the series vs Keen Gaming."

We've also learned that the Seventh Heaven team has been putting in a lot of hard work in their practice sessions, scrimming some of the best teams in the region. On being asked about their biggest competition in scrims and the Grand Finals as a whole, rin said,

"Our scrim opponents haven't necessarily been WESG teams, I think we've ran into Team Pakistan a few times and Alpha Red. I don't want to say anything about our scrims but I think the best Asian teams will definitely be all 3 Chinese teams. They will probably all place highly with how competitive that region and their players are."

It will be very exciting to see them play in the tournament in China next week. Tune in from the 13th to 18th March to watch the tournament. Stay tuned as we bring you more updates!