12th, Mar, 2018
Like Entity Gaming, another full Filipino squad that will be representing their country at WESG 2017 will be Happy Feet. While Happy Feet is a big name in the SEA scene, their lack of recent success and failure to lock down on a stable roster for a large part of the season has cost them heavily. Can they redeem themselves with standins at WESG?

The roster and road to the main event

Happy Feet's roster at WESG comprises some big names from SEA including Skemberlu, who recently left Geek Fam to play for Task Us Titans. Joining him will be his former teammate PlayHard. The trio of Rapy, Julz and JessieVash complete the roster. All 5 players are solid individually and can be a very potent threat if they are able to find a playstyle that suits all of them. 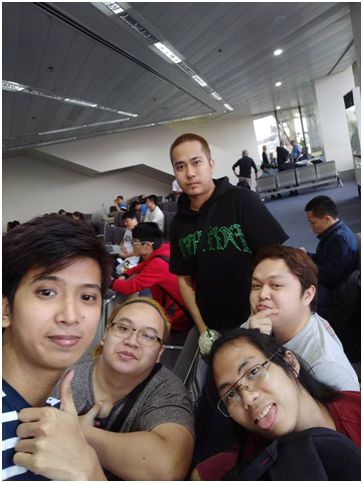 It’s kind of irrelevant to talk about the team's past results since they had a different roster at the APAC qualifiers. Despite being the most well known SEA team there, they underperformed finishing in the top 8 after a loss to Chinese team, Keen Gaming.

Forecast for the Group stages

In phase 1 of the Group stages, Happy Feet are seeded in Group G, and look quite likely to make it out of there. With them are the Australians, 7th Heaven, who impressed everyone at the APAC Regionals, finishing in 4th place. Also in contention in Group G are Canadian side, Play 4 Fun who sport the likes of Jeyo, Clairvoyance, Boris, B and iAnnihilate, all high tier players in the NA scene. The last team in Group G are Team Finland which is led by Trixi. Overall the group, in theory, is quite tough and it will come down to how much each team has prepared, but still Happy Feet have quite a strong chance of qualifying.