Was the F0rsaken ban completely justified?

12th, Sep, 2017
One esport where cheating, hacking and match fixing have often taken centre stage has been Counter Strike: Global Offensive, a game which till date struggles to deal with hackers in public match-making. The competitive side of CS: GO has often been witness to some unsavoury moments, be it KQLY’s infamous hack usage or iBP’s notorious match fixing scandal. Organizers and Valve themselves have been swift to take action with cases of cheating handing out bans to players and even orgs in some cases. With more and more legitimacy coming into the field of esports, tournament organizers, regulating bodies and even Valve themselves have been pretty clear on the subject. Closer to home, Krish’s VAC ban in 2015 sent shockwaves across the entire community. While he recently was cleared to play for ESL tournaments, Krissh still serves a ban in Valve events. 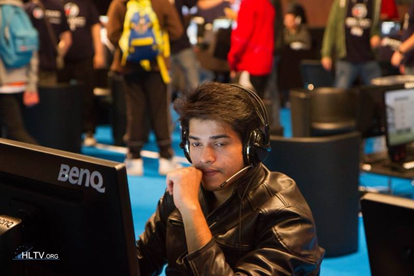 Just last month, a new incident came to light when SemperX’s F0rsaken was handed a ban by ESL India who are members of the Esports Integrity Coalition. The incident occurred when a player from a team that had lost to SemperX in the online qualifiers raised an issue via a public post on Facebook. F0rsaken and SemperX were already at the ASUS ROG Masters by then but they were handed a DQ on the first match day. Instead, a substitute team in the form of JMD Gaming were flown in at short notice to take the empty slot. Additionally, F0rsaken was handed a ban by the ESL India team and a public statement was made regarding this matter.

Let’s analyze the issues leading up to the ban and the exact circumstances surrounding it to have a better understanding.

All information within this article has been sourced via conversations with Forsaken directly. AFK Gaming has made the necessary efforts to obtain and verify relevant chatlogs, screenshots and proofs from forsaken before publishing this article. This will supplement your disclaimer at the end of the article.

Speak to forsaken once and you’ll realize that his story is just like every other Indian kid who got into gaming except that he is so much better than the rest of us plebs. His foray into gaming started in his college days when he used to play 1.6 with his hostel mates on LAN. Soon enough Global Offensive was launched and even though he was aware of it, he stuck to playing 1.6 with his friends. Gradually he discovered that there was a bigger world out there and with some of his friends playing the game already, he decided to try it out himself. Now, this was back in the day when Steam payments were a mess and for an ordinary engineering college hostelite like Nikhil, it was very hard to get an original copy. As with most people in India who switched to CS: GO, he had to buy an account from a friend to play a game. He started playing the game little by little and it wasn’t long before he realized that he was pretty good. But he was still blissfully unaware of the concept of competitive gaming and it’s lure and just played because he loved Counter Strike.

In 2016, he had to focus on his studies during his last year and he decided to take a break. He felt the pressure, having already spent an extra year in college after a spine injury had taken away the better part of the year. By his final semester, he was playing a good 10 hours a day and realized that his education had to be prioritized. Knowing that staying away from the game would be a hard task, he sold off his account with the hopes that it would help him focus.

After getting his grades back on track, he decided to start playing again and with access to better internet and a better machine, F0rsaken started playing on SoStronk and eventually caught the attention of a team called Shooting Monkeys. With his help, they put up an impressive run in the COBX Indian Esport Championship where they reached the lower bracket finals, eventually losing out to Team Wolf after F0rsaken’s mouse gave up in the middle of the game. (what followed was comical and heartbreaking ).

From there, SM played in the Summer Season of the ESL India Premiership where they qualified for the LAN and F0rsaken managed to bag himself the rookie of the season trophy. In the shuffle that ensued, he moved to SemperX to look for greener pastures. With his new team, he qualified for his first LAN, the ROG Masters South Asia Qualifiers wherein he was handed the ban and barred from playing. 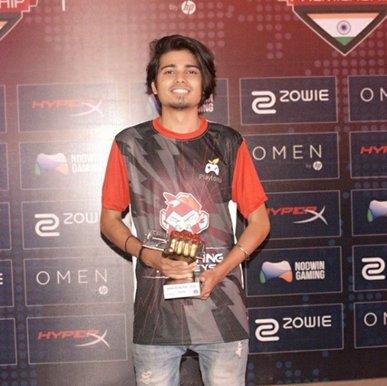 The main issue here is that an account he used to play on has now been VAC banned. The account he uses right now, the one he has been using since he started playing in tournaments has no VAC of any sort on it. There simply is not enough, if at all any, proof that he has used any sort of hack in a match and unless it’s proven by a competent authority there’s really no use in listening to what any Tom, Dick or Harry has to say or what clips they have from whichever random match that they have taken without any context.

Now, here’s what the joint statement from ESL India and ESIC says.

“The issue of whether or not the player cheated to earn the VAC ban is irrelevant. Valve’s and ESL’s rules make it very clear that the owner of the account (which cannot be transferred or sold) is the person to whom the ban applies. Under ESL rules, Forsaken must serve at least 2 years of the ban before being potentially eligible to play in ESL tournaments again”


F0rsaken isn’t really the owner of the account since he merely bought it from someone else. Since the transferring of the account is not being recognized here, the VAC ban shouldn’t even apply to him because he isn’t the owner according to the statement.

There’s no denying that F0rsaken used the account which was later VAC banned but there is ample proof to show that he has both bought and sold the account, which is where we come to our next point.

According to the statement, “The player alleges that he sold the account some time ago and was not the person cheating. In fact, we find this explanation to be irrelevant as it is a clear breach of both Valve’s terms of service and ESL’s rules to sell or otherwise transfer or allow someone else to play on a steam account and that whatever anyone does on a steam account is the responsibility of the account owner – in this case, Forsaken. Even if no-one had cheated and earned a VAC ban, had Valve known about the sale of the account, Forsaken would have been banned.”


No one at AFK endorses buying or selling of Steam accounts, but let’s be real here if we were to make a list of people who had bought or sold an account and then banned them all, many Indian players would have to come under scrutiny. While it is not our intention to get anyone else banned, it also is unfair on f0rsaken that a particular rule gets enforced on him alone.

Another important point to focus on is the circumstances which led to this incident. We start with this post for Team IYATI.

Now in most cases, a competent authority gets to ascertain whether the player in question has violated the rules or not and then the community gets to pass their judgement. In F0rsaken's case, the complete opposite seems to have happened. First and foremost, members of Team IYATI are in no position to decide "fishy" plays and they have no authority to do so. And finally, this image that they create of trying to "keep the community clean" is pretty superficial. Sharing personal screenshots of chats without taking prior permission is a very immature and cannot be encouraged.

So to summarise the article, here's what we make of it: Screenshots of chatlogs with proofs to buying/selling account
Screenshots of mail received when registered email id was changed
About UsContact UsServicesRSS
DisclaimerAdvertise With UsArchiveEditorial Team