The finals of the ECS Season 7 was played today between the French squad of Vitality and the young Brazilian squad FURIA. While Vitality had to take down their close rivals NRG, FURIA defeated North to make it here.

It was not a close series at all as Vitality proved to be in great form today sweeping up both the games in a dominant fashion and taking down the Brazilian squad of FURIA. They tried well but Zywoo and co were just too much to handle, unfazed by their aggression and prepared for the odd plays. 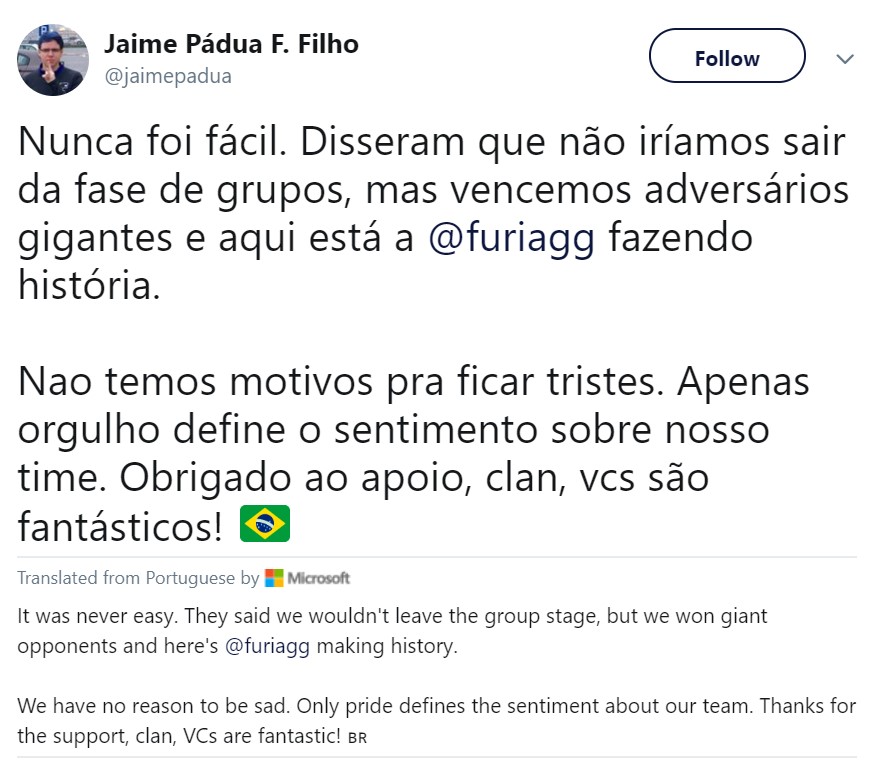 The community were speculating a Vertigo pick and were elated to see it being picked up as the decider map in case the two were able to pull one map each in their favour. 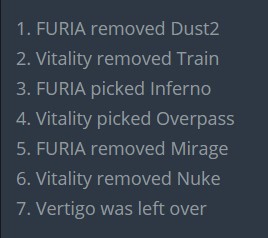 Inferno is where the action started. FURIA failed to attain victory on their own map after Vitality shut them hard starting off as CT. Though FURIA picked up the first three rounds, Vitality was successful in turning things around and attain a comfortable lead of four rounds over the Brazilians.

FURIA recovered well to end the first half with the Frenchmen leading by just one round. But what came next was just outstanding, Vitality strung round after round to widen their lead to six rounds and shortly walked away with a victory as well.

Though it was Zywoo who attained the best overall rating, it was great to see ALEX along with apex and rpk stand up to the occasion and play the match as a cohesive unit instead of a solo man performance which has been the case in some occasions.

I'm happy that Vitality is no longer just the Zywoo show. Finally a French team that is dangerous again.

Claiming victory on the opposite team's map, Vitality was in a great position to take the series ‘2-0’. The Frenchmen started strong playing CT-side on Overpass, confident from the get-go Vitality were able to find a huge lead in the first half.

With defeat closing in on FURIA, the Brazilian squad was under tremendous pressure in the second half. And though everyone wanted them to mount a comeback, the Brazilians could not see it through as Vitality took another victory and sealed the series ‘2-0’. 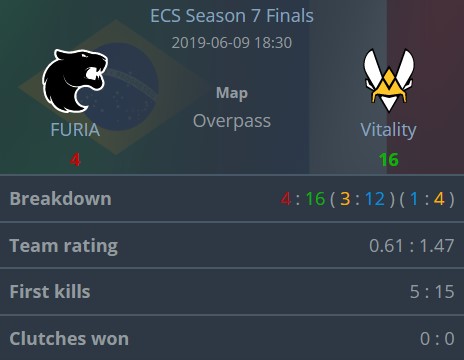 It was a dominant performance by the French side as they made quick work of FURIA on both occasions. They seemed to have figured out how to tame down their aggression while also reading them well on some rounds.

With this, Vitality lifts the trophy and are crowned the champions of ECS Season 7, walking away with a cash prize $225,000. This is the second victory for the French side in recent time following off a victory in the cs_summit 4.