The cs_summit 4 concluded today with Vitality lifting the trophy and walking away as the undefeated champions, in LA at the Summit Studio. The Frenchmen won a cash prize of $64,000 for winning the event and another $12,000 for their brilliant performance in the group stage.

Zywoo and co did not lose a single matchup in the entire event, putting up a daunting performance, especially against the four NA squads in contention for the cup.

Thinning Down The NA Competition

Before the start of the event, the most talked about match-up was without a doubt ENCE squaring off against Team Liquid, but Vitality made sure that all eyes were on them right from the very beginning.

The team started off with three clean sweeps, racking up Ghost, NRG and Liquid one after the other before hitting a slight bump on the last day of the group stage. They went on to draw out their two-match series against ENCE and Renegades, securing themselves a place in the Playoffs while also claiming the top spot in the group stage. 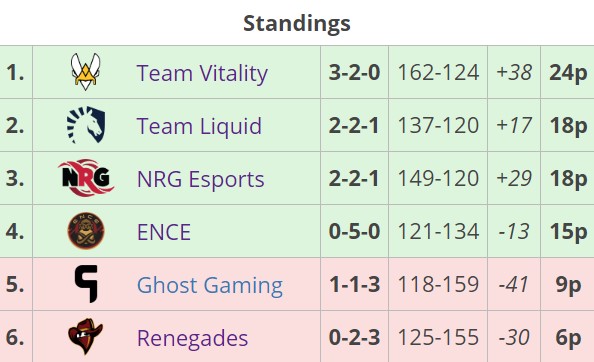 Vitality is known to be a bit slow when starting off and they did take their time to come into the groove. The French squad was a bit rusty in their opening match against Ghost, which witnessed the match go into overtime on Mirage. It was much closer than expected but Vitality was able to find their way through in the second overtime.

Following up on their mediocre performance, they jumped a few gears to dismiss North before they could reach double digits on the scoreboard.

Looking confident, they took NRG up on Nuke and once again struck the finishing blow in the second overtime. Moving on to Inferno, Vitality made quick work of NRG as ALEX stepped up his game big time, achieving an HLTV rating of 1.70 with a K-D ratio of +15.

With two NA teams knocked down clean, they went for the jugular by defeating the best team from the region, Liquid. They destroyed them on Nuke, as the boys in blue could only manage three rounds to their name.

apEX & RpK, the senior members of the side stepped up and asserted dominance when required. They didn’t just perform well, they overpowered them completely; faltering their executions, trading effectively, reading their rotations and even out aiming them in straight-up duels.

The second game against a baffled Liquid was much better, as the two settled their dispute on Mirage. Vitality changed their playstyle, concentrating it around their star player ZywOo. Given Liquid’s prowess on the map, they were not to be taken lightly as Vitality heavily relied on their ace to get them through the ordeal. Of course, he was successful in finding his side a victory, the kid is a beast!

Entering the last day of the group stage, it was a tough fight against ENCE, as both the teams found victory on their respective maps.

Next up was Renegades, who had been struggling at this particular event but somehow pulled off a draw. After a surprise Vertigo pick by Vitality went closer than expected for them, Renegades won one for themselves by securing Mirage.

Once again Vitality seemed to have given the reigns over to Zywoo but this time around the kid failed to suppress the opposition.

Finishing at the top of the group, the French team went on to face ENCE in the semifinals. The Finns were off to a confident start on Mirage, which witnessed Vitality take a different approach this time. It did not work out all that well but Vitality did put up a good fight.

They got their revenge on Overpass restricting ENCE exactly at the halfway mark (eight rounds). This led to a decider which took place on Inferno and what took place was a formidable stand by both the teams on their respective CT sides. They were both committed to defending the sites with everything they had but kudos to Vitality to handle so much pressure with such composure.

The match went into overtime but it was a quick affair after that as Vitality strung four rounds in succession to walk into the finals. 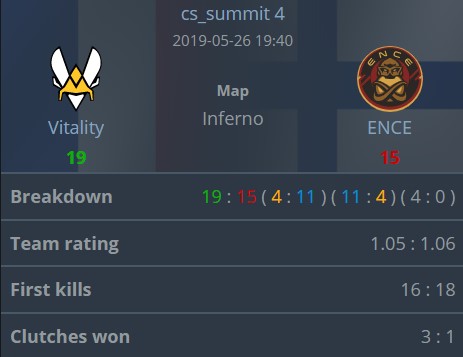 Though the majority had been rooting for and even predicting a finale between the two Dane slayers, they were not at all disappointed with the one they got.

Liquid with revenge on their mind started off their bout against Vitality on Nuke. The French exploited their weakness, the one Liquid had already fallen to previously and had now succumbed to once more. 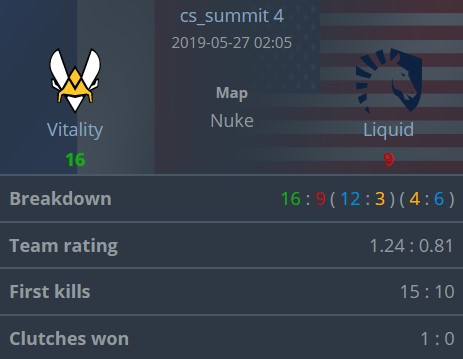 Once again a map down, Liquid faced them on Overpass and though they did give hell to Vitality, it was not enough. Liquid did not look very confident while the opposition's morale was at an all-time peak. Vitality took their fair share of chances and they paid off well. 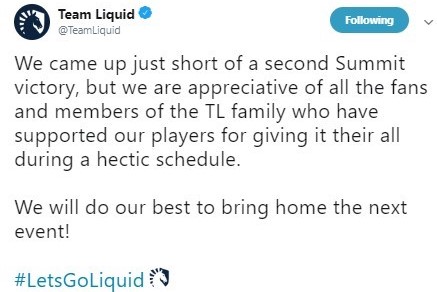 With back to back wins over Liquid, Vitality won the tournament and became the champions of the cs_summit 4. Not many had predicted this outcome considering the amount of attention being grabbed by ENCE and Liquid. But what’s better than to taste victory by shattering the predictions and claiming what many believed was not yours to take.

Vitality has stood up to the NA teams and have performed exceptionally well. This may just be enough to book them a direct invite to the IEM Chicago 2019 taking place later this year, which is being advertised as the battle between the two strongest CS playing regions, NA & EU.

The team still suffers on maps like Mirage and Nuke. Though Mirage is their most played map, the team still suffers quite a lot on it and yes they picked Nuke today against Liquid, hammering them quite well but the fact remains that it is their second least favourable map, not considering train as they have only ever played three matches on it. 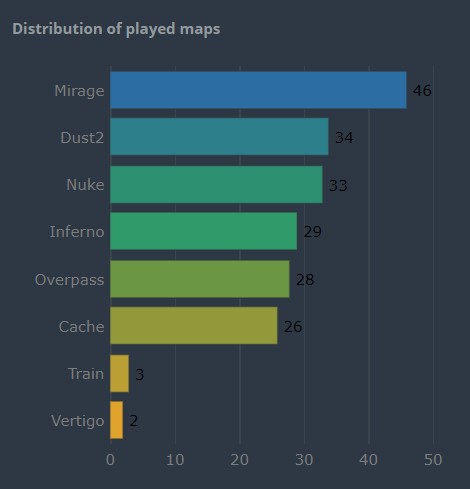 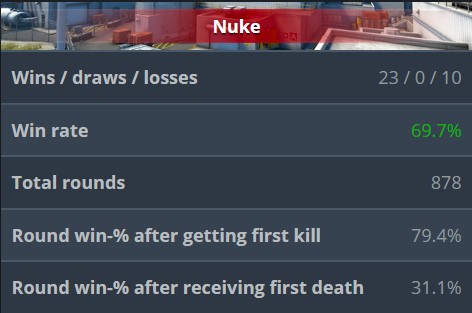 They were able to secure victory against Liquid on Nuke but that is only because they were smart about it. Liquid is a really good team no doubt and all their players are mighty talented but they tend to fall short when it comes to working together and that is exactly why Vitality was confident in picking Nuke against them.

They were also utilising a dual playstyle, one in which Zywoo was given control of the ship while the others played around him and the other in which the experienced duo of apEX & RpK seized control. It is great to see them have two approaches to any given situation but it can also lead to differences in the team in pressure situations.

Vitality has really stepped it up and the outcome will be only adding more weight to their confidence going into the DreamHack Masters Dallas 2019. Do you guys think Vitality will be able to replicate similar results in a premium CS event? We will find out soon enough.