The Chinese Regional Qualifiers for Toyota Master CS:GO Bangkok 2018 has come to an end with ViCi Gaming surviving till the very end to qualify for the Group Stages that will be held from 21st-22nd November.

The Chinese Qualifiers observed a total of 30 teams participating for the Open Qualifier. The matches started off as a BO1 following a single elimination format but soon moved on to a BO3 series starting from the Quarterfinal Round.

This is how the matches played out through the Quarterfinal Round, 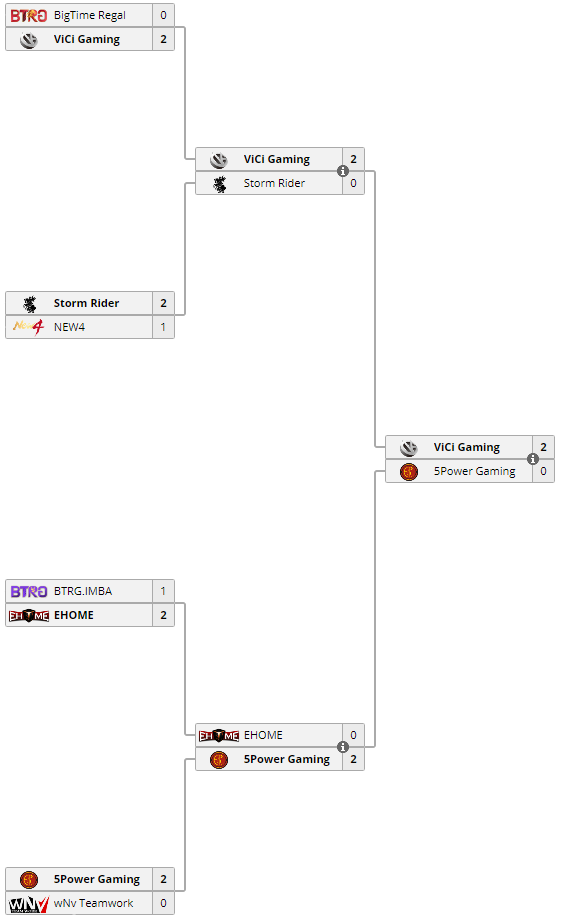 ViCi Gaming made quick work of BTRG taking them down in a straight set of matches. ViCi moved on to face Storm Rider in the semifinals who were also no match against the might of ViCi Gaming.

ViCi defeated Storm Rider in two straight matches played on Overpass and Inferno with scores of ‘16-5’ and ‘16-2’, respectively. It was easy tidings for ViCi Gaming who were playing really well together and were actually looking quite formidable, especially when they destroyed their adversaries on Inferno.

The finals were also not much of a challenge for ViCi Gaming who aced their way to victory on Nuke against 5Power as they won the match with a score of ‘16-5’. The following game was played on Cache where 5Power gave a tough fight but crumbled to multiple excellent setups by ViCi during the last remaining clutch rounds, as they came out as the victors of the Chinese Regional Qualifiers.

ViCi Gaming will be the Chinese representatives at the Group Stage of Toyota Master CS:GO Bangkok 2018 competing to qualify further on to the Playoffs and win a lion’s share of the $100,000 USD prize pool.