The second day of IEM Sydney 2019 was even more exciting than the first. Group - A witnessed both Mousesports and BIG making it to the Lower Bracket Finals whereas NRG and MIBR made their way to the Upper Bracket Finals in Group - B.

It was a tense day for all the Aussie fans as two of their local teams were facing an elimination match-up. The day had its fair share of moments with some shocking results as the day went on to be quite the opposite of day one in terms of the results predicted.

This is how the groups stand at the end of the second day, 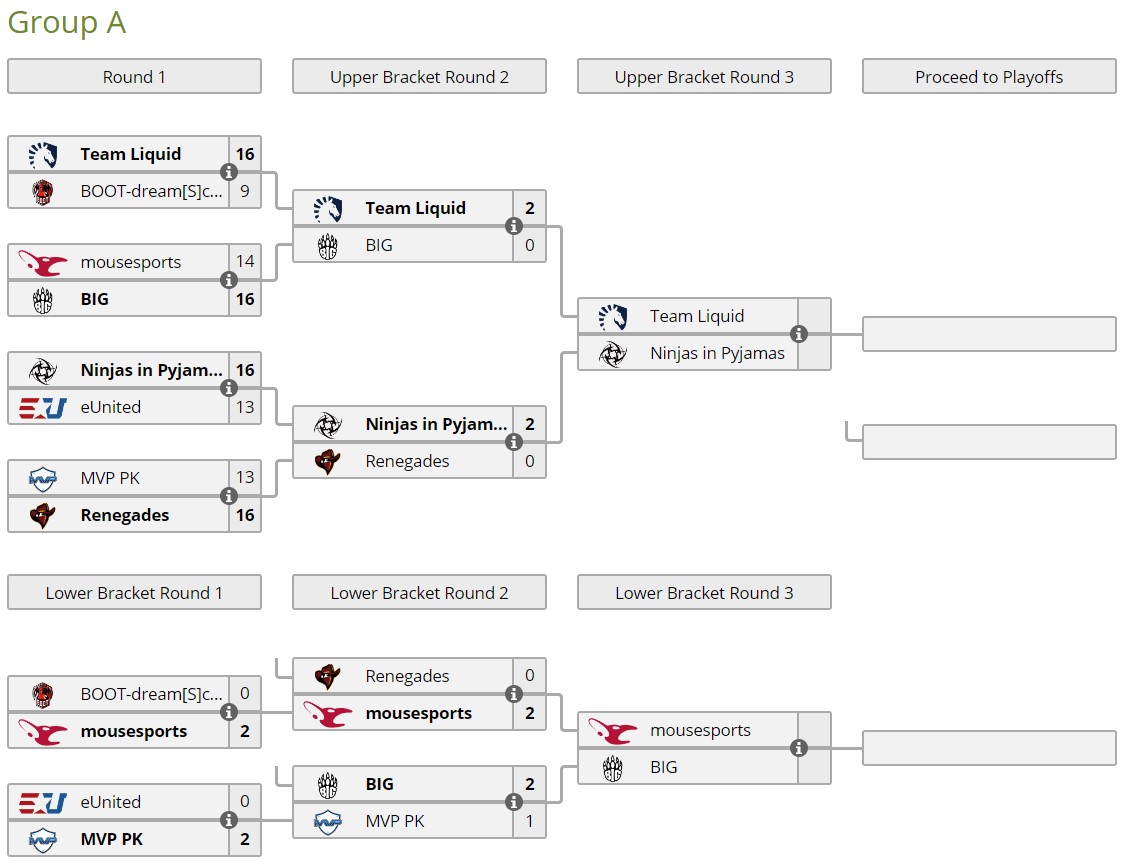 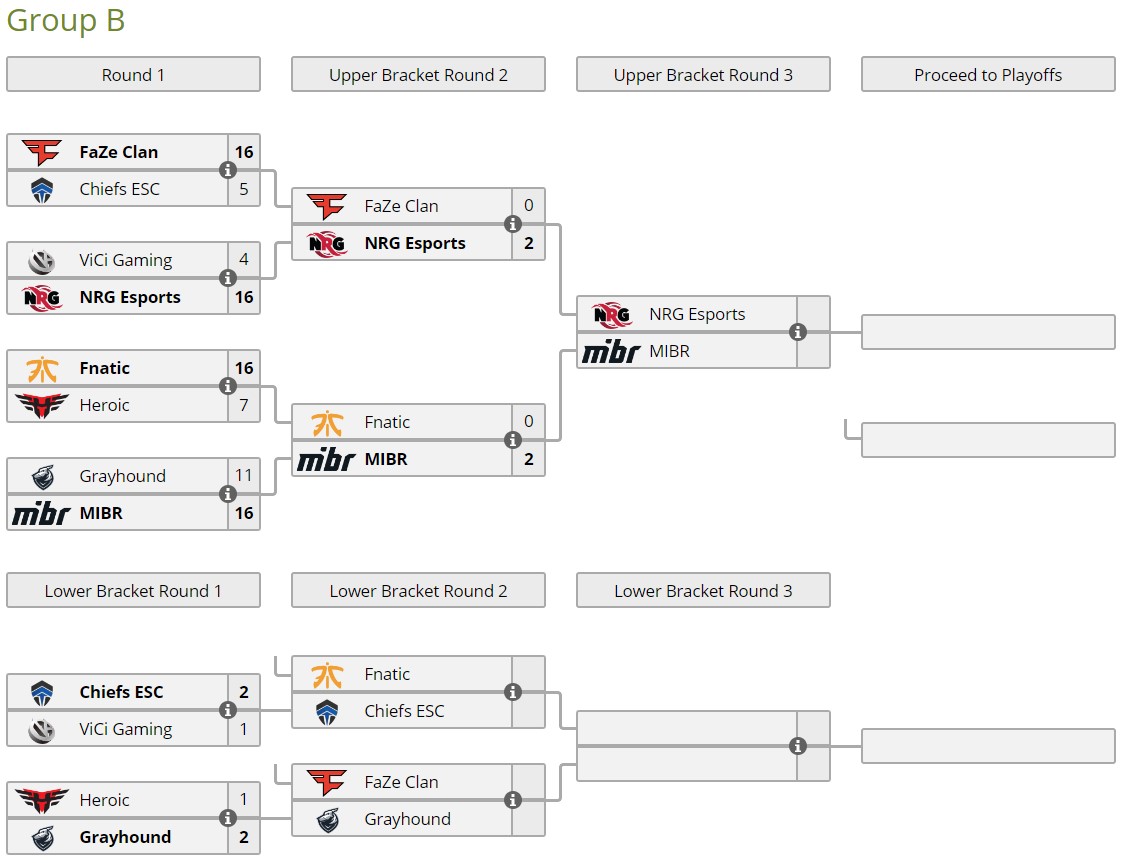 Group - A started off with a banger of a series taking place between Renegades and mousesports. Renegades who are currently the sixth best team in the world were for sure expected to make their way at least to the Playoffs but mousesports had other plans for the Australian side, as they took them down in back-to-back matches without facing much of a problem.

The following match between MVP PK and BIG was intense as the two gave it all they had in order to move further into the competition. After two single-sided matchups where BIG won on Inferno followed by MVP PK winning on Dust 2, the decider went the way of BIG who made quick work of the Korean line-up on Overpass.

Group - B kicked off with the Australian fans pumping up the home sides for their elimination match showdowns, resulting in both Chiefs and Grayhounds moving on after winning their respective matches against ViCi and Heroic.

In the upper bracket match-up, the absence of NiKo was felt hard by FaZe as their line-up buckled to the might of NRG. Almost everyone from NRG was in great form today except daps who seemed to be lagging behind his teammates.

MIBR also had a fantastic outing as they won back-to-back matches against Fnatic with utmost flair to reach the Upper Bracket Finals.

That was all from the day. Stay tuned for the final day of the Group Stage tomorrow as the final six teams will be making their way to the Playoffs.