ViCi makes it to the finals of ESL Pro League 8: China Qualifier

The first phase of ESL Pro League 8: China Qualifier ended yesterday with more than half the bracket left to be played out from 17th-18th October.

The event which is following a double elimination bracket has seen some action in the past two days which has resulted in the following outcome. 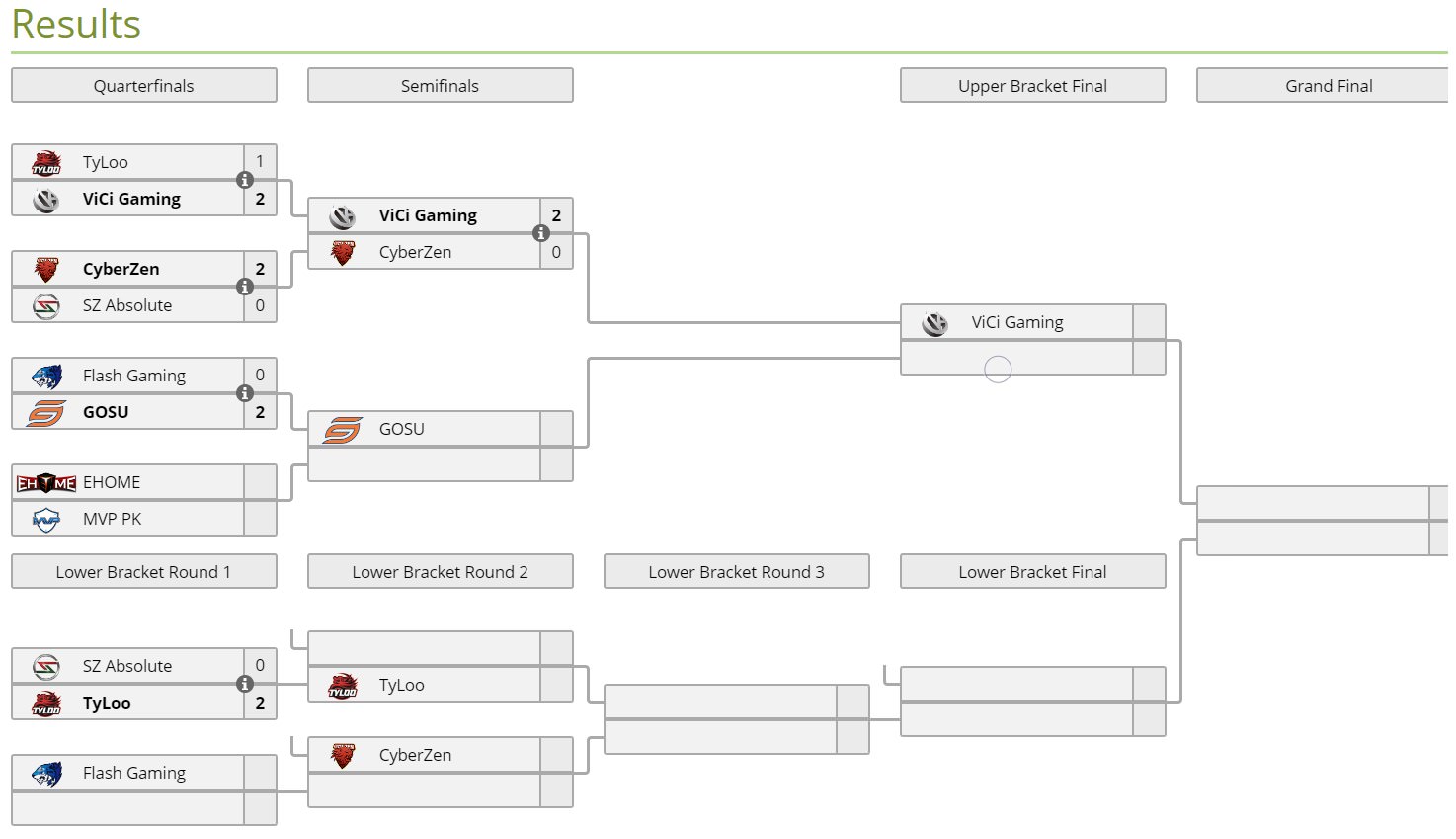 TyLoo who reached the Legends Group Stage in the recently concluded FACEIT Major: London 2018 defeating teams such as Gambit, Renegades and MIBR, lost to ViCi Gaming dropping down to the lower bracket.

This was followed by CyberZen taking the win against SZ Absolute in two single-sided matches played on Mirage and Nuke, which were won by a score of ‘16-9’ and ‘16-5’.

TyLoo faced SZ Absolute on Mirage in their first match-up where the Japs gave TyLoo a good fight but couldn’t snatch the clutch rounds towards the end, losing by a score of ‘13-16’. The next match took place on Inferno where the Chinese squad took care of their opponents quite easily, winning by a score of ‘16-5’.

TyLoo live to fight another round, advancing ahead into the bracket as SZ Absolute becomes the first team to get eliminated from the qualifier.

ViCi Gaming took care of CyberZen in the first semifinal match-up. ViCi faced two tough matches that took place on Train and Inferno which were won ‘16-12’ and ‘16-13’, respectively. With this, ViCi advance to the UB Finals while CyberZen drops down to the lower bracket.

The qualifier will resume on 17th October, till then let the suspense build.

The matches are streamed live at: