ViCi eliminated as MVP PK defeat B.O.O.T-d[S] to qualify for the grand finals

The second day of the ESL One Cologne 2019 - Asia Closed Qualifier has started off with some exciting matches taking place in the Lower Bracket. While Tyloo were able to triumph over Alpha Red, ViCi underperformed heavily handing a befitting victory to Ehome. It will still be an all Chinese slugfest in the Lower Bracket, just not the one we had expected.

Meanwhile, the Upper Bracket Finals was also intense as B.O.O.T-d[S] gave it their best against the Korean powerhouse MVP PK. B.O.O.T-d[S] gave one hell of a fight but It was MVP that moved on to secure a place in the Grand Finals. 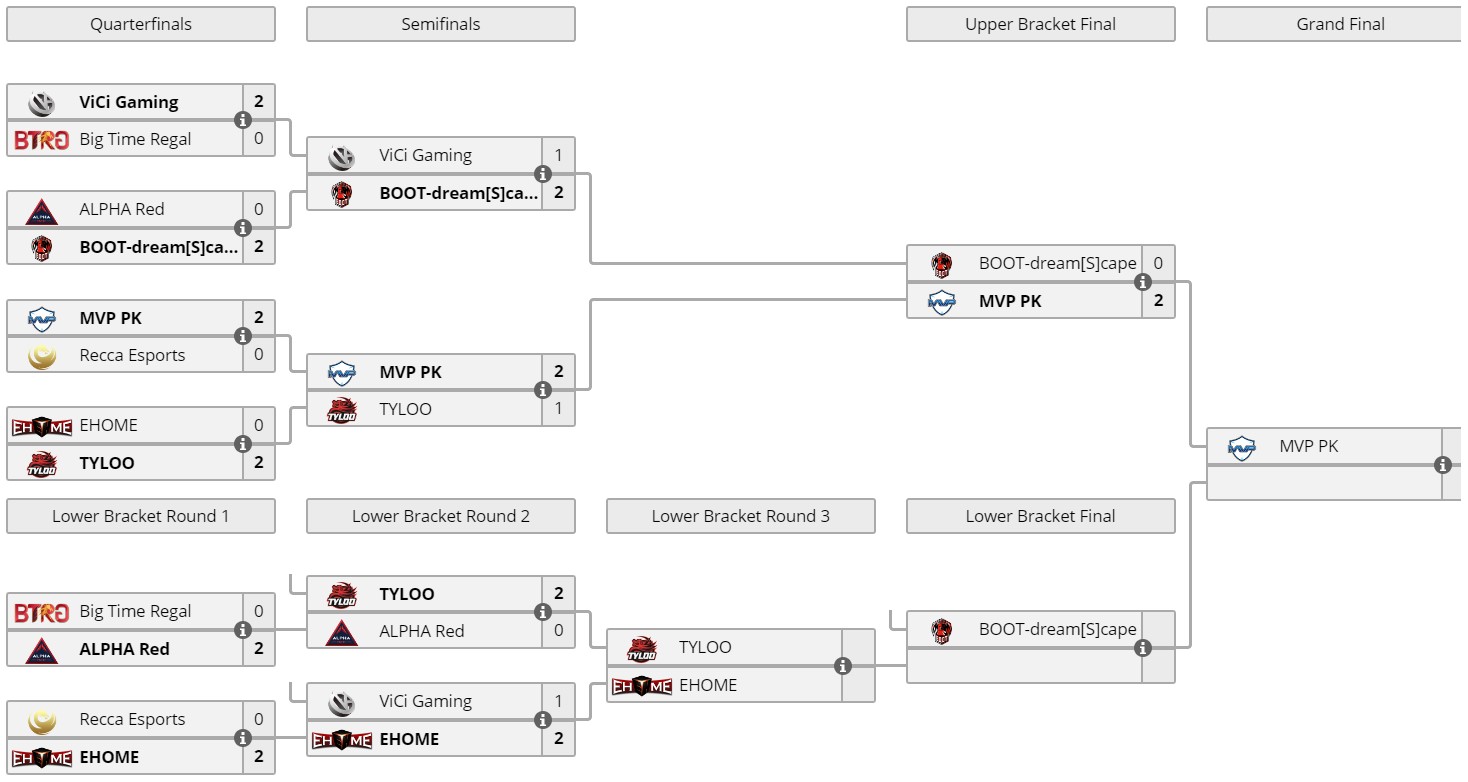 It was not all that hard for Tyloo as the Chinese squad took down Alpha Red on their own map pick, Overpass, followed by a single-sided massacre on Mirage.

Alpha Red was in quite a solid form not more than a month back. They defeated the top Australian team Grayhounds at the COBX Masters 2019 where they finished second after giving MVP PK a run for their money on Mirage in the Grand Finals. But the same Thai team were destroyed on Mirage today as Tyloo ran them over and all they could muster were two rounds in their favour.

It is rare to see BnTeT not top frag for the team as both AttackeR and Xccurate shredded through the Thai line-up time and again on Mirage.

While both Olivia and Mairolls seemed to be hitting their shots quite well on Overpass, they crumbled under pressure On Mirage with Mairolls bottom fragging for his side, achieving a rating of just 0.33.

Just one question that needs to be answered by ViCi Gaming after this three-match series is, “What were you doing guys?”.

The team was in absolute shambles right from the beginning. On the opening map Dust 2, ViCi after managing to achieve a lead which was double that of Ehome’s threw the game hard. Ehome from a deficit of ‘12-6’ were able to walk away with a victory.

If this can be termed as a choke, the awful mess that took place on Mirage was even more disappointing. Again holding a comfortable lead of five rounds ViCi made a massive gamble as they went for a force buy on the 27th round, it did not play out well for the team as Ehome were able to take the game into overtime.

Both the teams displayed some pug style plays as it turned into a competition of ‘who can throw harder’. ViCi managed to win but the way they took this match was embarrassing. 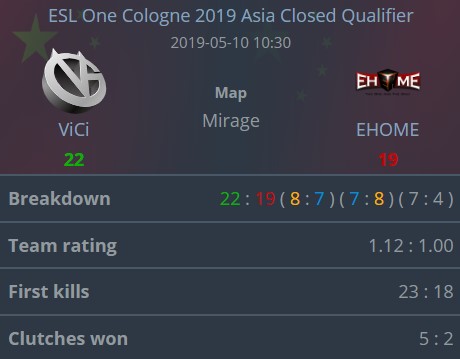 The decider on Inferno was played methodically by Ehome. They hit hard on ‘A’ multiple times with ViCi not able to react effectively. This was the first time in the series that Ehome were on top at the halftime mark. ViCi seemed to be catching their lost drift as they executed plants effortlessly almost reaching up to their opposition, but a lack in composure saw them commit mass suicide as the team went down one after the other jumping down from ‘Aps’.

Unable to recover Ehome took the map and the series to go ahead and face Tyloo, the winner of which will be making their way onto the Lower Bracket Finals.

B.O.O.T-d[S] gave it their best shot but MVP PK proved to be a tough opponent. Stax continued to shine as he put up another phenomenal performance to help his team reach the Grand Finals after defeating B.O.O.T-d[S] in two back-to-back matches on Dust 2 followed by Inferno.

With this B.O.O.T-d[S] fall down to the Lower Bracket and will be facing off against the winner of the Tyloo-Ehome matchup.