The second set of Online Qualifiers for IEM Katowice 2019 took place a few days ago for the Middle East, East Asia, SEA and Chinese regions.

The qualifier was attended by 38 participants who played in a BO1, single elimination bracket with the finals being a BO3 series.

This is how the qualifier proceeded: 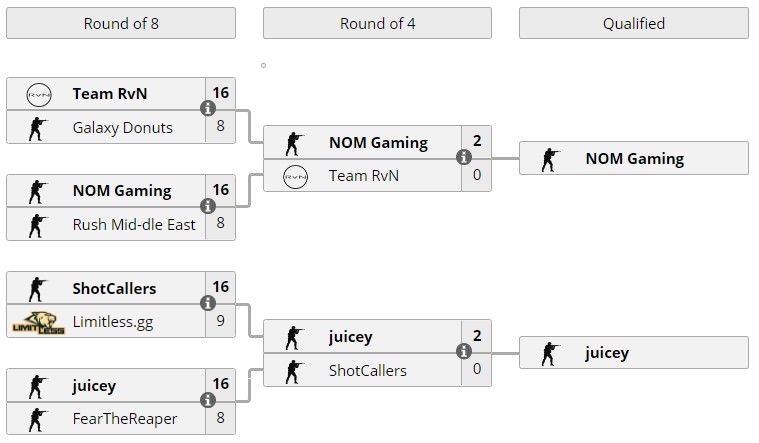 Both NOM Gaming and Juicy had a comfortable journey through the Online Qualifier cruising through their Round of 8 opponents followed by a straight-up ‘2-0’ wipe of their adversaries in the Round of 4 as well.

NOM Gaming and Juicy are the two teams qualifying through to the IEM Katowice 2019 – Middle East Closed Qualifier.

The following qualifier was hosted on ESEA with 37 teams participating in it. The qualifier followed a BO1, single elimination format apart from the finals which held a BO3 series. The top two teams went on to play in the Closed Qualifier.

This is all the action that took place in the qualifier: 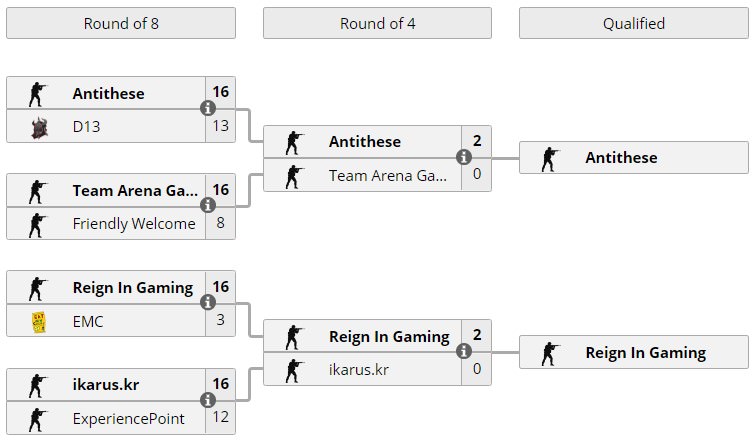 Antithese found tough competition in its Round of 8 match in the form of D13 Esports, whom they defeated with a score of ‘16-13’ on Cache. Antithese moved on to play TAG in the Round of 4, crushing them brutally with scores of ‘16-0’ and ‘16-3’ on Mirage and Inferno, respectively.

Reign In Gaming breezed through the qualifiers beating both their opponents in heavily single sided encounters. RIG defeated their Round of 8 opponents, EMC with a score of ‘16-3’ on Mirage followed by taking care of Ikarus.kr in the Round of 4 on Mirage and Overpass with scores of ‘16-4’ and ‘16-5’, respectively.

Antithese and Reign In Gaming are the two teams that will be moving on to the IEM Katowice 2019 – East Asia Closed Qualifier.

The SEA Qualifiers observed participation from 50 teams amongst which were some notable Indian teams like 2ez Gaming & Entity Gaming. The Qualifier followed a BO1, single elimination bracket down till the finals which featured a BO3 series.

This is all the action that took place in the qualifier: 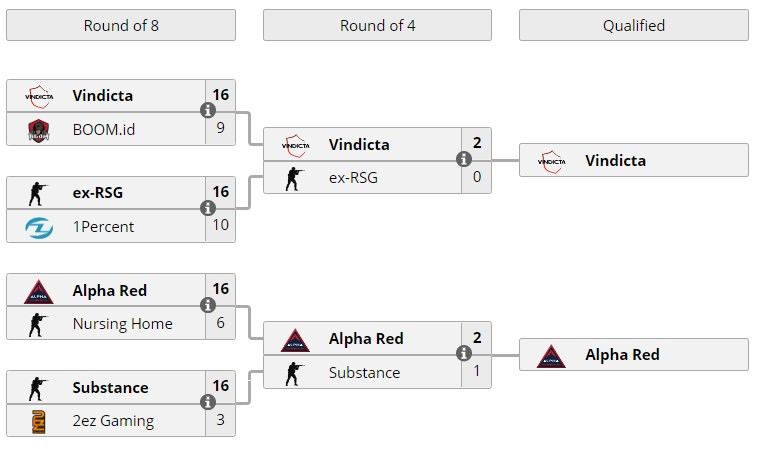 While Entity Gaming was knocked out pretty early in the qualifier by BOOM.id, 2ez Gaming made it all the way to the quarterfinals where they were knocked out by Substance. 2ez performed really well, the team is surely on an upwards journey towards success with their recent roster update.

Vindicta and Alpha Red are the two teams that have made their way into the IEM Katowice 2019 – SEA Closed Qualifier.

The qualifier witnessed participation from 22 teams that followed a BO1, single elimination bracket down to the finals which were an exception following a BO3 series.

This is how the qualifiers proceeded: 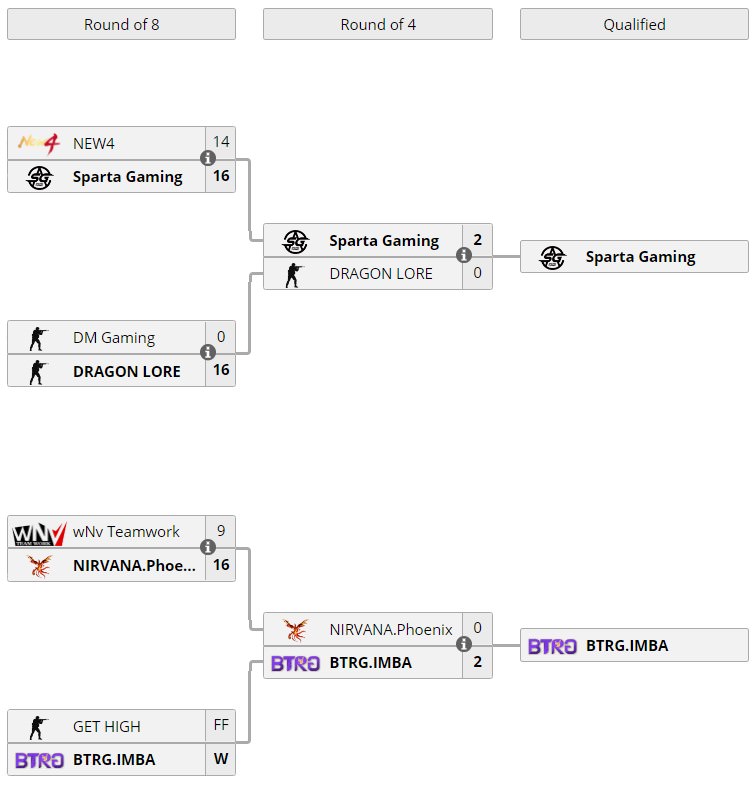 Sparta Gaming faced a bit of competition in the semifinals against NEW4 taking them down with a score of ‘16-14’ on Cache. Moving on to the finals Sparta faced off against Dragon Lore, which were easily dealt with in two consecutive matches on Inferno & Overpass that Sparta won by scores of ‘16-5’ and ‘16-11’, respectively.

BTRG.IMBA breezed through the semifinals as Get High forfeited their match, following which they faced  Nirvana.Pheonix in the finals. BTRG.IMBA beat their opponents without much resistance on Mirage and Cache with scores of ‘16-9’ and ‘16-7’, respectively.