U Cypher – What to expect from Season 1

3rd, Jan, 2018
With U Cypher expected to premiere in 2018, we've drafted a guide to help keep the outrage and offense to a minimum. We know that the majority of our reader base is comprised of esports purists and people who have seen the growth of esports over the years and it’s quite possible that U Cypher will not be within the confines of a traditional gaming tournament.

Television is a medium because anything well done is rare. – Fred Allen


Let’s focus on the primary concept first. First and foremost, U Cypher is a TV show, it’s a form of entertainment first and then anything else. The show has been produced by U Sports and will be premiere on MTV soon. While the show aims to showcase esports as a competition, it will always be packaged to suit the television audience. This is quite evident in the show's teaser trailers as well.

Let’s be honest here, esports viewership in India is not something that we should be proud of. In India, an estimated 8 lakh Steam accounts have played just Dota 2, and even if you account for casuals, people who have quit, smurfs, banned accounts and any other factors, the fact that only 30 to 500 concurrent viewers tune in to a tournament stream is just awful. CS :GO  on the other hand is somewhere at 6-7 lakh copies in India and again excluding similar factors, it's still about 700-800 people who show up on stream. If these numbers continue to hold up, it's likely that sponsors and tournament organizers will eventually deploy their marketing budgets elsewhere leaving India to forever become a country which will be deemed as unfit to consume esports content.

Source: steamspy.com
The problems are clear at the moment - while there are a truck load of people playing these popular game titles, the vast majority of them are either unaware of or disenterested in following Indian esports. By taking Indian esports to television, it would seem that U Cypher aims to solve both problems in one go. Not only does it expose esports to a much broader, much wider audience, it actually portrays it as something that the general public is conditioned to consuming.

U Cypher will look to tap a new viewer base and to do that they will probably need to add some unique display elements, establish some new storylines and in the process make some drastic adjustments to the normal esports viewership experience. Remember that the nonendemic viewers will not know who the players are, their histories, past rivalries and pretty much nothing about their personalities. So, the entire process of building personalities, characters and stories will be from scratch. In all likelihood, each team/faction/player will probably be driven by a personality trait that will be highlighted across the episodes to help establish new angles and dynamics for the viewers.

As we stated earlier, the aim here is to bring new viewers and create awareness. For that, the games will have to be explained, taught and then simplified. There will be bits and segments containing explanations, guides, and tutorials which might seem pointless to purists like us but will go a long way in helping newer viewers to keep track of the games. 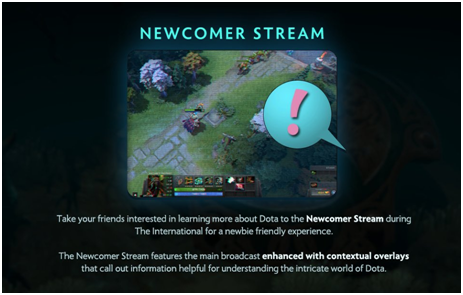 Each roster will have 14 players playing CS: GO, Dota 2, Real Cricket and Tekken so expect to see a lot of new faces and a lot of old ones as well. While you may or may not have heard of them we urge you try and be respectful when talking about others. Unfortunately, many of the top teams in Dota and CS will not be playing in U Cypher as given the sheer quantity of tournaments both Indian and International. This could be a blessing in disguise that provides a boost to some of the other players that need to take their game up a notch to make the Indian esports scene slightly more competitive.

It’s not just the players, you’ll also encounter new casters, personalities, and hosts. Let’s remember that it is possible to praise someone you like without taking a potshot at someone you dislike. There are tons of reasons why someone you like isn’t doing the show, however that doesn’t qualify as grounds for you to insult whoever is doing it.


(See Also : U Cypher expected to premiere in early 2018)
About UsContact UsServicesRSS
DisclaimerAdvertise With UsArchiveEditorial Team