U Cypher kicks off with Yakshas Vs Marksmen

20th, Jan, 2018
Episode 1 of U Cypher featured a battle between Marksmen and Yakshas and set the tone for the rest of the season. Venom’s Marksmen got off to a flyer of a start, taking the wins in both Dota 2 and CS GO but didn’t get a clean sweep as the Yakshas triumphed in Real Cricket and Tekken.

Despite Yakshas boasting an impressive squad in Counter-Strike, they were trumped by the Marksmen squad. The map in question was inferno, and the Yakshas weren’t able to put up much of defence as their side picked up only 4 rounds by the end of the game. Mantr1’s tactical mind was sorely missed by Yakshas in their first map of the season as Skadoosh and co looked a bit hapless without him. For the Marksmen, it was Sachin ‘pWn’ Gaikwad who stepped up, delivering a monster 31 frags in a mere 20 round game to send out a statement to the rest of the players and teams. 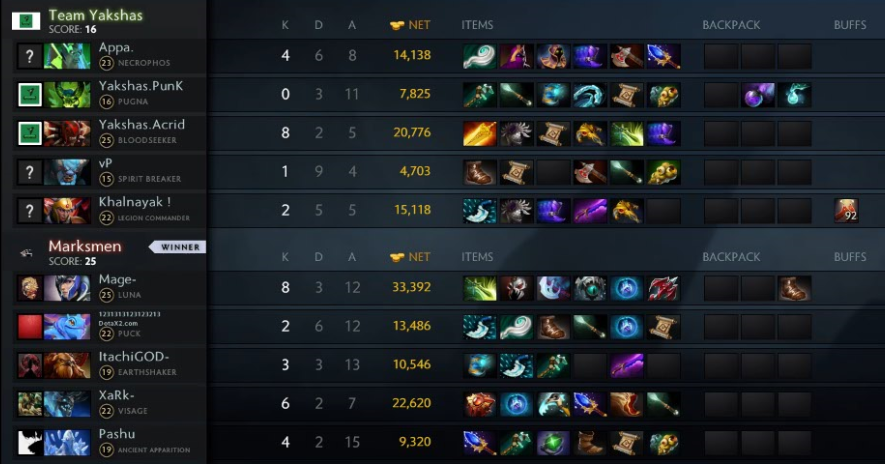 Captain, Acrid was unable to lead his team in Dota as well, as his side fell to the Marksmen. The encounter lasted a good 48 minutes but unfortunately, Yakshas just didn’t have the hero composition to make it work that late. Acrid’s Bloodseeker tried to keep his team in the game but was powerless against the Marksmen’s Luna + Visage + Puck who all went for Linken’s to counter him. And with Necrophos not having a significant impact, the Yaksha’s lost the game bit by bit as Luna took down structures one by one. While the Marksmen did slip up with consecutive deaths on the Luna allowing Yakshas to take a set of barracks, it wasn't to be as Venom's team had the edge when it came to teamfights.

It’s only the first game of the season, but Yakshas will have to pull up their socks to start making an impact on the leaderboard. They boast a strong roster in all the titles and need to keep their focus to make a comeback in the next game. Their console and mobile gamers managed to net them six points but it its Marksmen who lead the table with 10 points on the board.