15th, Jan, 2018
In Part 2 of our Captain’s Spotlight, we take a look at the 3 remaining captains, their achievements and what they bring to the table at U Cypher.
Read about Atul ‘Remstar’ Singh, Ankit ‘Venom’ Panth and Pranay ‘Wuzz’ Bhatia in part 1, here. 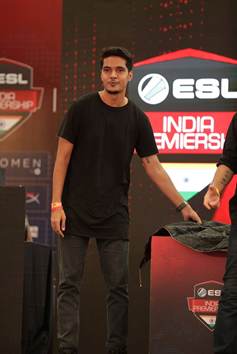 Source: ESL India
In a list dominated by Counter-Strike players, Acrid is only the second Dota 2 player to feature on it. Having played for some of the most dominating teams of that era, Acrid has already proved himself. Known for being part of the infamous Oblique Gaming squad, Acrid is one of the first Indian Dota players to have represented the country outside of India. He was also a member of the 3gp squad which was one of the first Dota teams that people heard of in India. Known to be a loud and exuberant personality, Acrid was an unstoppable force during his time as a player but retired in 2014, along with a lot of players of that time.
Game: Dota 2
Role: Carry/Mid
Teams played for: Oblique Gaming, 3gp 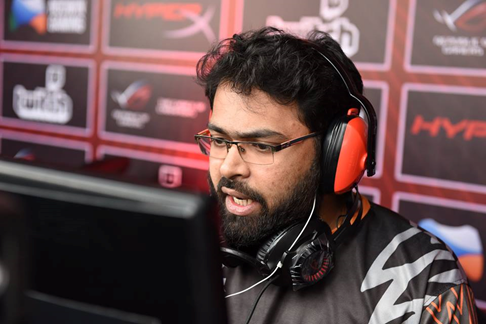 Source: ESL India
Our 5th captain for U Cypher will be none other than Kappa. An ever so popular personality in the CS scene, Kappa is one of the few players who has made a very successful transition to Global Offensive. Not only is he a smart and intuitive player, but his skills with both the AWP and the rifle are worth a mention here. He’s played for a wide variety of teams and had notable success with Invisible Wings in 2016. While 2017 wasn’t a standout year for him by any means, he continues to persevere in the big league with his squad SemperX. Kappa is often seen as an elder brother figure in the community and is an extremely likeable guy with respect from both the old guard and the new.

His skills as a captain will, however, be put to test at U Cypher as he leads 14 other players in a quest for victory. Explain some explosive fragging and some equally explosive unabashed banter from one of Counter Strike’s most genuine personalities’, Kappa.
Game: CS:GO
Role: Rifler/ Awper
Teams played for: Invisible Wings, SemperX, Ate, MxB 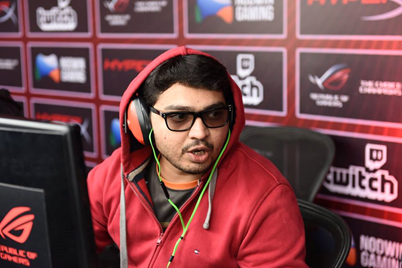 Source: ESL India
And finally, the 6th and final captain is Ritesh ‘Ritz’ Shah. He too comes from a CS:GO background and dominated 2016 with the Invisible Wings roster along with another captain, Kappa. He is also one of the members of the team MTS Wolf, who went and represented India in ESL One Cologne 2014 Major. 2017 was a much quieter year for him as he was completely absent from the scene for the most part. However, the lull in his career may only be temporary as he looks to take his team to the top in U Cypher.

He might not be the most explosive player on the server, but he too is a man of many talents and depending on the situation can wield both the AWP and the rifle. He has led teams in the past as well and his guidance will be a key factor if his teammates want to do well.
Game: CS:GO
Role: Rifler/ Awper
Teams played for: Invisible Wings, Wolf, Neckbreak