13th, Jan, 2018
With just a week to go for U Cypher, we decided to take a look at the chosen ones – aka the Captains who will be leading their respective teams into battle. Not only will they play an important role in leading their team to victory, but they will have a far bigger hand to play in terms of getting fans and followers on their side. Consistency and morale will be two key factors that come into play when we talk about a long-drawn league format, and in these matters, the captains will have to lead by example. They’ll need to be able to brush off losses, not let wins get to their heads, strategize and execute to the best of their abilities and do so on a consistent basis to be able to have a shot at picking up the trophy. Here we take a look at 3 of the captains that have been revealed in the poster by the guys over at U Cypher.
1.Atul ‘Remstar’Singh 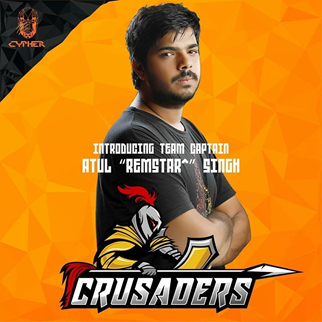 Remstar is one of the older players from the Dota scene who was hugely successful in his playing days but eventually had to quit the game because opportunities simply didn’t exist like they do now. Back in the days, he was leading big names like Neckbreak but even before that was a part of most of the winning rosters that existed in the country. He has played with and groomed  some of the best players in the country today, such as No_Chanc3 and A35. Throughout his career, he played a variety of roles as did most people playing back then, but he is mostly known for being a carry.

Known to have led teams in the past, captaincy comes naturally to Atul and having been bred in a time when LAN environments were boisterous and in your face, it will be interesting to see what Atul has in store for us at U Cypher. 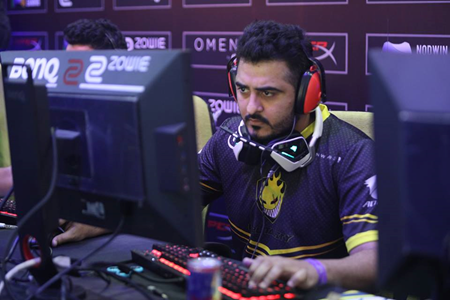 Source: ESL India
One of the few Counter-Strike players to have stuck around for a while, Wuzz only recently announced his retirement from the pro scene. Prior to that, he and his brother, Pexxer, were seen playing for Brutality and despite being new players there, ended up playing a pivotal role there. Both Wuzz and Pexxer played in team Destructive 5 for a long time, standing tall in an era dominated by teams like Ate and NSD. They made a successful transfer to Global Offensive as well and are known as the Brothers of Destruction. Whether he gets to play with his brother remains to be seen, but there is no doubt that he is a capable and well-rounded figure. Known to be a calm and level-headed guy, Wuzz will have to pull out all the stops if he is to effectively manage 14 players and lead them to victory. At 28 years of age he is a well-respected figure of the Indian CS community and although he has announced his retirement, success at U Cypher may force him to reconsider. 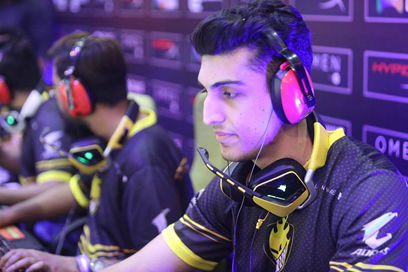 Source: ESL India
One of the most prominent faces in the Indian Counter-Strike scene, Venom too, is a battle-tested veteran. After a long time, he will be seen sporting colors of a team other than his own, Team Brutality. One of the most followed teams in India, Brutality has grown their fan base with dedication over the years to become an unstoppable brand. While it hasn’t always been sunshine and roses in terms of performance, their love and dedication towards the fans has always been reciprocated and kept them going. It’s still unknown whether he will get to pick his longtime teammates Rix and Juventa in U Cypher, but one thing is for certain, he is a born leader and a natural captain.

Game: CS:GO
Role: Rifler
Teams played for: Brutality
Follow Venom, Remstar, Wuzz and their journeys only on U Cypher.