The Asian Development League came to an end a few days back with Tyloo besting its competitors in the Playoffs and walking away as the Champions of the very first season of the Asian CS:GO league.

The four teams played out a BO3, double elimination bracket with Tyloo making it to the finals along with CyberZen, who made their way through the Lower Bracket.

This is all the action that took place in the Playoffs: 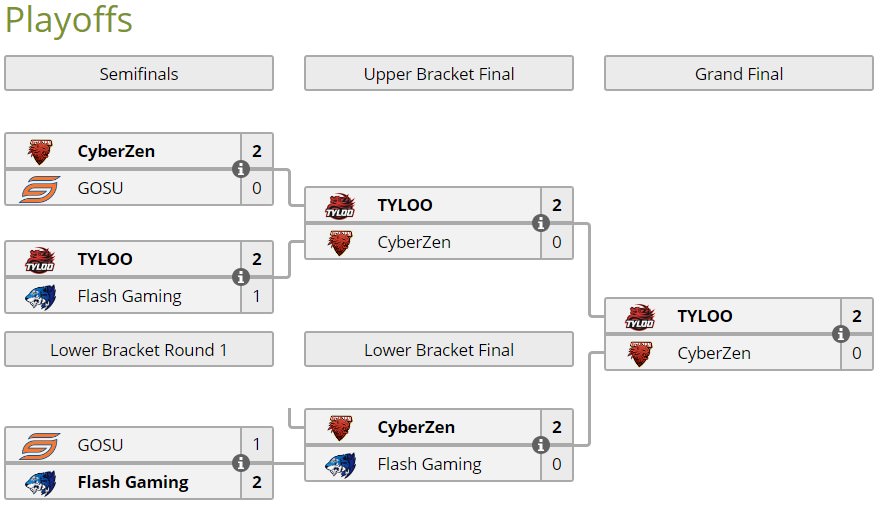 Tyloo took down GOSU and CyberZen in the Semifinals and the Upper Bracket Finals by a series score of ‘2-0’.

CyberZen faced-off against Flash Gaming in the Lower Bracket Final, defeating them in two consecutive matches to lock horns against Tyloo once again in the Grand Final.

The two finalists, Tyloo and CyberZen played their first match on Dust 2 where Tyloo were pressurized quite well by CyberZen but fought well to take the match by a score of ‘16-13’. This was followed by a comfortable win for Tyloo on Cache where they beat CyberZen by a score of ‘16-9’.

With this, the first season of Asian Development League comes to an end with Tyloo coming out on top as the Champion and walking away with the coveted trophy along with a cash prize of $10,089 USD.

Adding another feather to their cap, Tyloo has proven once again why they are the best CS:GO team from Asia.