Tyloo placed in Group-B for the upcoming Supernova CS:GO Malta

In the recently drawn match-ups of the Group Stage for the upcoming Supernova CS:GO Malta, Tyloo has been placed in Group-B along with HellRaisers, BIG and Gambit.

The event which offers a prize pool of $150,000 USD is a combined effort of Quickfire and StarLadder that features 8 directly invited teams. It is scheduled to take place from 29th November – 2nd December in Saint Julian’s, Malta. 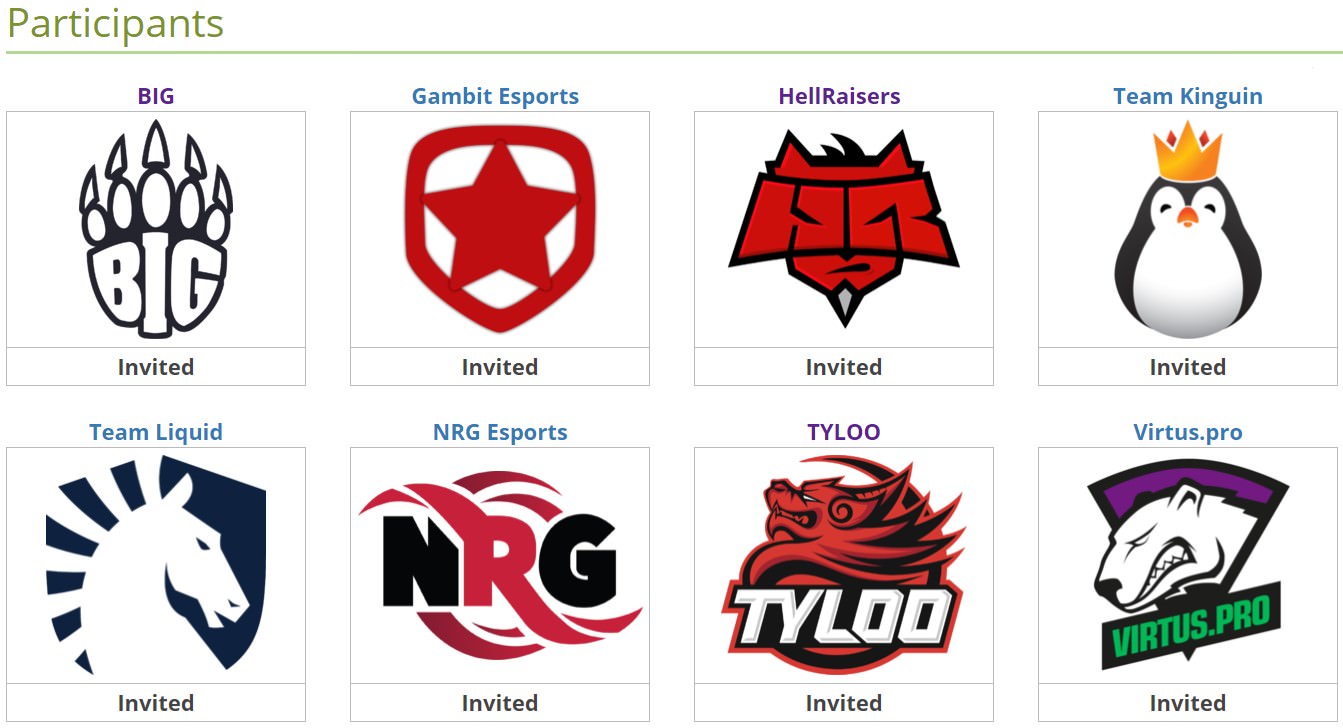 The event is divided into two parts that starts off with the Group Stage and concludes with the Playoffs.

The 8 participants are divided into 2 groups of 4 teams. Both the groups undergo a BO3, double elimination format with the top two teams from each group qualifying onto the Playoffs.

The playoffs consist of the 4 qualified teams featuring a BO3, single elimination bracket.

The 8 teams are split as follows for the Group Stage:

With the tournament is scheduled to start from 29th November, the opening match-ups have also been revealed.

It is going to be a tough challenge for Tyloo to qualify through the Group Stages and their task begins by taking on the German giants, BIG in their first match-up of the league. A win would surely boost their morale and give them the confidence required to plough ahead into the event.

All the fans and enthusiasts especially the ones from Asia are hoping for something similar to what the team showcased in their run at the FACEIT London Major 2018.

The matches will be streamed live at: