Tyloo could not win a single game in the ESL Pro League Season 9 - Finals as they walk out of the tournament facing an ugly defeat against Liquid in the Lower Bracket of Group - B.

The second day of the event started off with a solid victory for the boys in blue as they took an easy victory against Tyloo beating them on Mirage and Overpass with a score of ‘16-6’ and ‘16-7’, respectively. 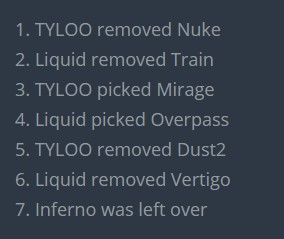 The map ban was pretty straight forward but it was a surprise to see Tyloo underperform on Mirage. They were all over the place as Liquid had a massively successful T side and a comfortable few rounds in the second half sealed the map for them.

It's absolute domination for @TeamLiquid on @tyloogaming's map pick

Moving on to overpass, only a miracle could save Tyloo as they are not that good on the map whereas it is Liquid’s point map. But since an upset on Mirage was there maybe this was possible too, but all hopes for a miracle were shattered as soon as the game reached the half time mark. 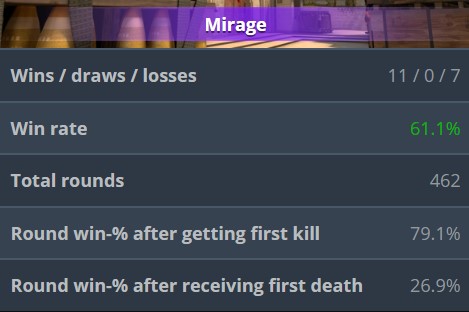 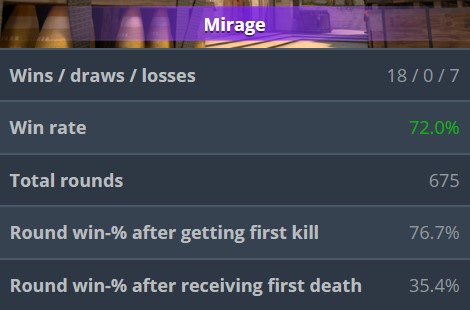 Liquid once again had a huge upper hand and with a few rounds on the latter half secured another victory to move ahead in the Lower Bracket as Tyloo were eliminated from the tournament.

The roster shuffle has not worked for Tyloo and in my honest opinion, they should have stuck with xccurate, at least for this event. There is no guarantee that they would have won but at least they could have delivered a better fight.

Tyloo seemed quite composed yesterday and were in a seemingly better position, maybe because FaZe were not going at them with everything they had as they were using the scoped rifles, but today it was a disaster for the side as they crumbled like hard baked cookies in front of Liquid.

BnTeT was certainly out of touch as he suffered a staggering overall rating of 0.84 with none of the players able to cross the safe mark of 1.0. Hope that the Chinese squad is able to rectify whatever problems they are facing and come back stronger in the next event.