The “Magic of Dota 2” rears its beautiful head every year, when teams from the lower tiers challenge the giants of the competitive Dota 2 scene and emerge victorious with all the glory.

Upsets happen often, but only rarely does an underdog put a string of surprises together to enter Dota 2 lore, The following 10 teams, though, fully earned Cinderella status with their legendary odds-defying runs.

5. No Tidehunter at Dreamhack Winter 2012 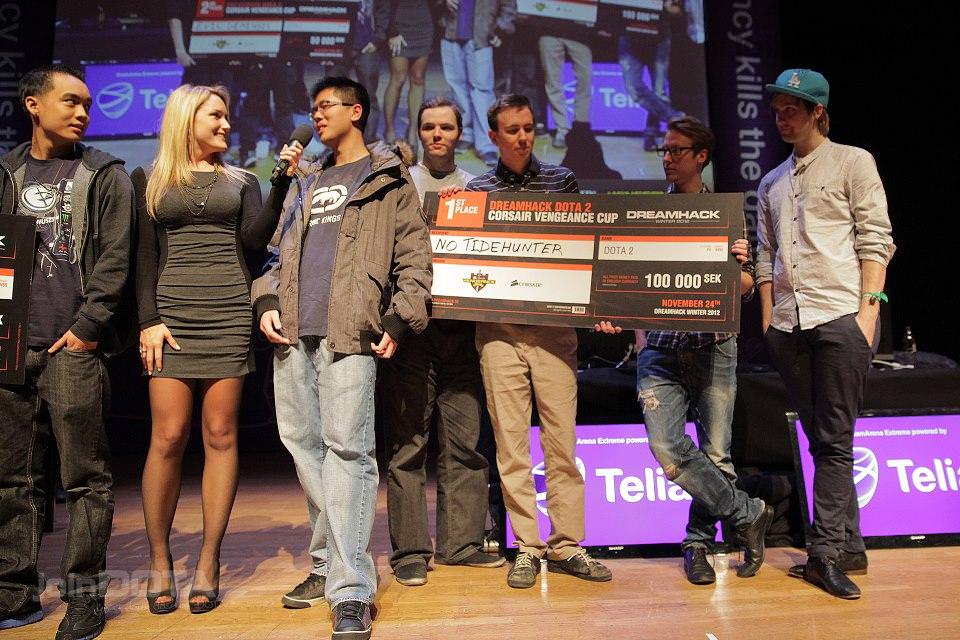 We start off this list with the least known amongst all of these runs. Many of us know No Tidehunter as the precursor to one of the most dominant teams in all of esports, The Alliance.

What one might not know is their modest start to their careers at Dreamhack Winter 2012. They walked into the tournament as underdogs, with only a couple of online league wins under their belt. However, they kicked off their journey at Dreamhack with poise and looked determined to win the whole thing.

The Swedish team defied the odds and clinched their first trophy in the team’s history and planted the seeds for the formation of the Alliance.

The humble Filipino team pulled off one of the biggest upsets in The International’s storied history after taking down OG—a team that had won 2 Majors prior to the tournament—to knock one of the favorites out. With almost everyone expecting a stomp in the favor of OG, the stage was set for TNC Pro Team lead by American veteran Jimmy “Demon” Ho to defy all expectations and send the European giants packing.

The clip of Tobiwan exclaiming “Have TNC done the impossible? Two-time major winners you are GONE… The Filipinos have eliminated OG… TNC has done it… The Dream, The Reality!!” has become one of the most iconic moments in Dota 2 history.

Digital Chaos came into the International 6 as a group of rejects who were kicked out of their former teams and were replaced with ‘better players’. Misery, W33ha, Resolut1on, Saksa, and Moo barely made it to TI6 through the NA qualifiers and were expected to get run over at The International 6 thanks to the sheer star-power that their competition had.

However, they won game after game, in the group stages beating out every other team and going toe to toe with the best in the world to book themselves a place in the Upper Bracket Playoffs. Unfortunately, they would be knocked down to the lower brackets after Wings (The eventual winners) breezed past them.

Then began what was the longest lower bracket run by an Underdog at a TI. Digital Chaos were able to prevail over any challenge thrown at them in the lower brackets beating LGD Gaming, TNC Pro Team, Fnatic, EHOME and lastly NA rivals Evil Geniuses is one of the best series in TI lore, to book a place in the Grand Finals. A massive achievement for the rejects.

The Greek team came into the Boston Major without much hope but with plenty of enthusiasm—the team was playing in a LAN for the first time in months. That long layoff had tempered expectations, and nobody expected much from them against the powerhouse Chinese squad, Newbee they faced in the first round of the quarterfinals. But the Greeks played some phenomenal Dota to upset Newbee and went through to the next round.

From there, the Greeks rode the wave of that upset past the LFY in the quarterfinals, and then again versus Digital Chaos, to make it to the Grand Finals and face off against European Giants, OG. The Grand Final series (although finishing 3-1) was one for the ages.

Especially Game 3, where Ad Finem played the game of their lives to avoid a clean sweep, in front of the Boston crowd, cementing their place in Major history. To this day, the team and the players remain as the darlings of the crowd. 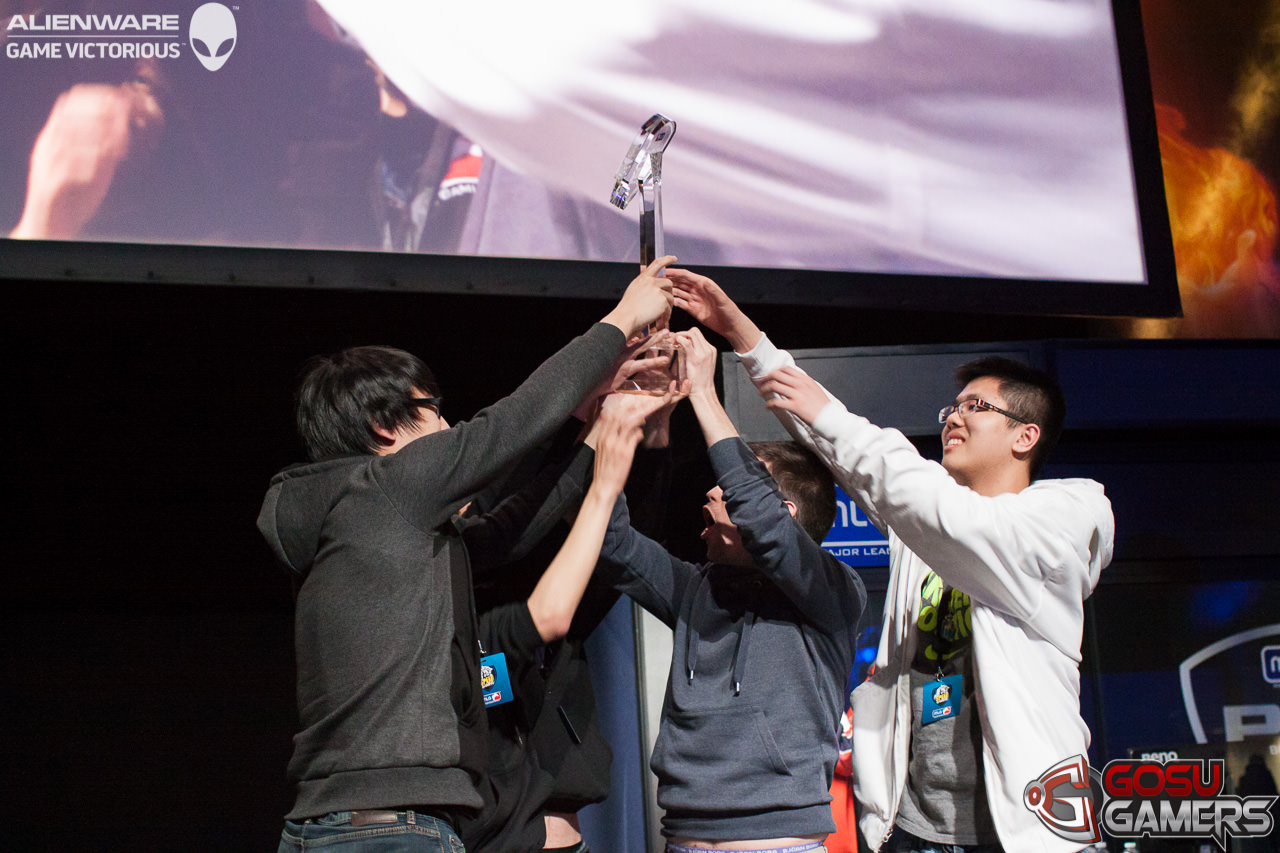 Could it be anything else? The Ultimate underdog story, The Rocky of Dota 2’s pro scene. Speed Gaming’s run at the MLG: Columbus 2013 is jaw-dropping primarily due to the unbelievable odds they had to overcome and the storylines heading into the event.

It all began right before The International 3, Loda and the rest of the Alliance kicked out EternalEnvy (Who co-founded the team) and replaced him with EGM. This left EternalEnvy without a team for TI3 (the team he put together was deemed as not worthy of an invite to the TI3 qualifiers) and lead him to be side-lined from the event. As we all know, The Alliance won The International 3 in epic fashion writing their names onto the Aegis of Champions.

But EternalEnvy didn’t give up, he put together a team with PieLieDie, AUI_2000, Sing_Sing, and bone7 and formed Kaipi which was later picked up by Speed Gaming. Speed Gaming’s first premier tournament was the MLG Columbus 2013.

Featuring some of the world's best teams – Na'vi, Alliance, DK, Speed, Liquid, EG, Fnatic, Sigma.int, and Pretty Boy Swag – and a prize pool over $130,000, the event was easily the biggest Dota event since The International 3. This would be EternalEnvy’s chance to prove that they were one of the best teams in the world.

They were beset by a huge blow right before the event kicked off. bOne7, the team's offlane player, was unable to obtain a visa in time and couldn't attend. With less than two weeks before the event, the team was forced to find a replacement for a player often called the team's most consistent contributor. They chose Arteezy (who was just a pubstar back then. But he was well-known amongst the NA Dota community as one of the best mid-lane players in the region). This would be Arteezy's first LAN tournament, and his addition pushed SingSing to the offlane, a role he was unfamiliar with. On top of that, the team was scarcely able to practice at all as a team before the tournament. Things weren't looking good for Speed Gaming.

On the first day, it got even worse. SingSing and PieLieDie arrived in Columbus mere hours before their first match, and were completely jet-lagged. It showed in their play, and Speed Gaming opened the tournament with a crushing loss to Alliance. Further losses to Sigma.int and Fnatic followed. This left them just 1 loss away from elimination.

But Speed Gaming entered Day 2 of MLG as a completely different team. Their first match of the day was against Na'Vi, and they took it handily. Next up, they downed Pretty Boy Swag, EG and Team Liquid. With a 4-3 record, Speed went up against the undefeated, seemingly invincible Team DK. A win here was absolutely necessary for their chance at the playoffs. Exploiting DK's vulnerable Ursa pick, Speed did what few expected them to: they took out the Chinese giants and made it to the playoffs.

Their Semifinal match was against Sigma.int, a team boasting the likes of 7mad, and FATA in their lineup. Speed Gaming (Arteezy in particular) completely outplayed them in the Semifinals beating them 2-0, and strode into the finals for a rematch with Team DK.

The All Star DK lineup that showed up at the grand finals was playing in a completely different level compared to the one that Speed faced in the group stages. They took the lead early in the first game, and while Speed was able to pull it back and take over the game. But alas disaster struck, LaNm on his Earthshaker completely blew the game open with a single play and brought the game back into DK's hands. They slowly wore Speed down, and even SingSing's late-game Divine Rapier wasn't enough to turn the tide. DK finally took them out in an 85 minute marathon: the longest game of the tournament.

One would think that Speed would be shattered in the face of such a heart-wrenching loss. But they took it in stride and performed even better in Game 2 to take the series to a Championship deciding Game 3.

In the final game of the tournament, Speed worked as a solid unit, showcasing a level of coordination that should be impossible for a team with a stand-in, with near-perfect initiation and map awareness time and again. After 61 minutes of Dota, facing a DK squad just as hungry for their first title taking advantage of every mistake, with a kill score of 32-30, Speed Gaming claimed victory over their opponent and with it, the MLG title.

In a scene dominated by the All-Star juggernauts like Alliance, Team DK, and Na'Vi, Speed Gaming's win at MLG showed the community that, Dota will always remain as a game where hard work and determination can and will pay off.