2018 has indeed been a wonderful year for Dota 2. From the infamous pizza partEE that kicked off the year, to one of the memorable underdog triumphs in esports history at TI8 and the Chongqing Major drama, the world of professional Dota 2 saw it all. 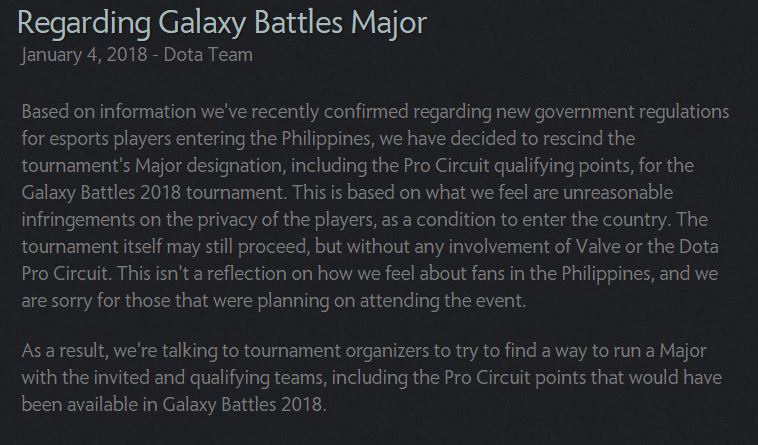 The year 2018 was all set to kick off with the first ever SEA major since the Manila Major in 2016 - The Galaxy Battles II: Emerging Worlds. Unfortunately, a move by the Philippines government, originally slated towards helping esports athletes ended up being a major roadblock that lead to Valve stripping the event of its major status.

The Philippines government began to recognize esports earlier in 2017, in order to help professional esports players avail VISAs available for athletes competing in foreign events. Unfortunately, this meant that players would be subjected to all regulations imposed on athletes, including drug tests and other restrictions.

The Philippines has a strict agenda against drugs. It's likely that concerns about invasive drug tests, extra-judicial killings and human rights violations led Valve to take this decision in the best interests of the players.

While the event, marred by technical issues, eventually was a relative success. The fact is that SEA was stripped of its only major in the 2017-18 DPC season. 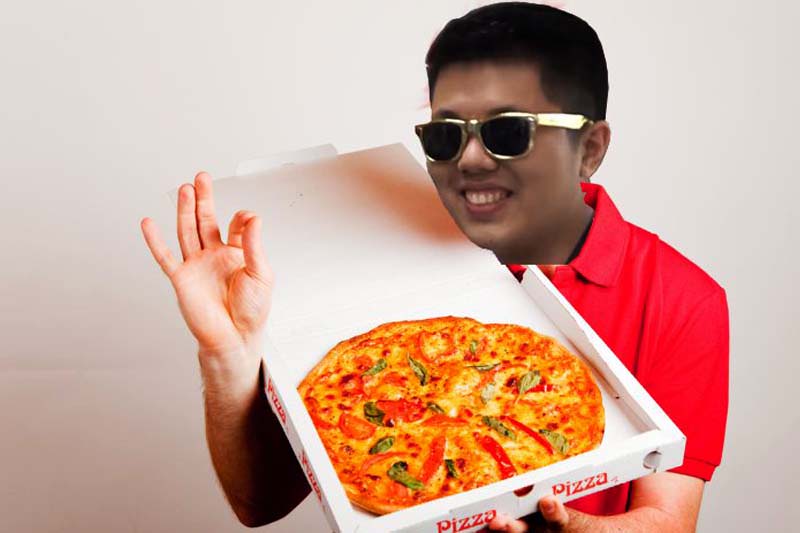 The Pizza PartEE saw Khoo "Ohaiyo" Chong Xin get kicked from Fnatic, immediately after helping his team qualify for the ESL One: Katowice Major. The fact that the kick happened at the pizza party intended to celebrate Fnatic’s qualification to the major made this into the first great meme of 2018.

What added salt to his wound is the fact that he learnt that his team had already made the decision to bring in Universe but didn’t tell him till after the qualifiers were over. In an emotional statement, he went on to explain how he was hurt because he felt that the team lied to him and that they ‘used’ him for their own reasons.

The infamous pizza party meme has since then gone mainstream and is now used to describe any roster change that comes out of the blue, for the players. 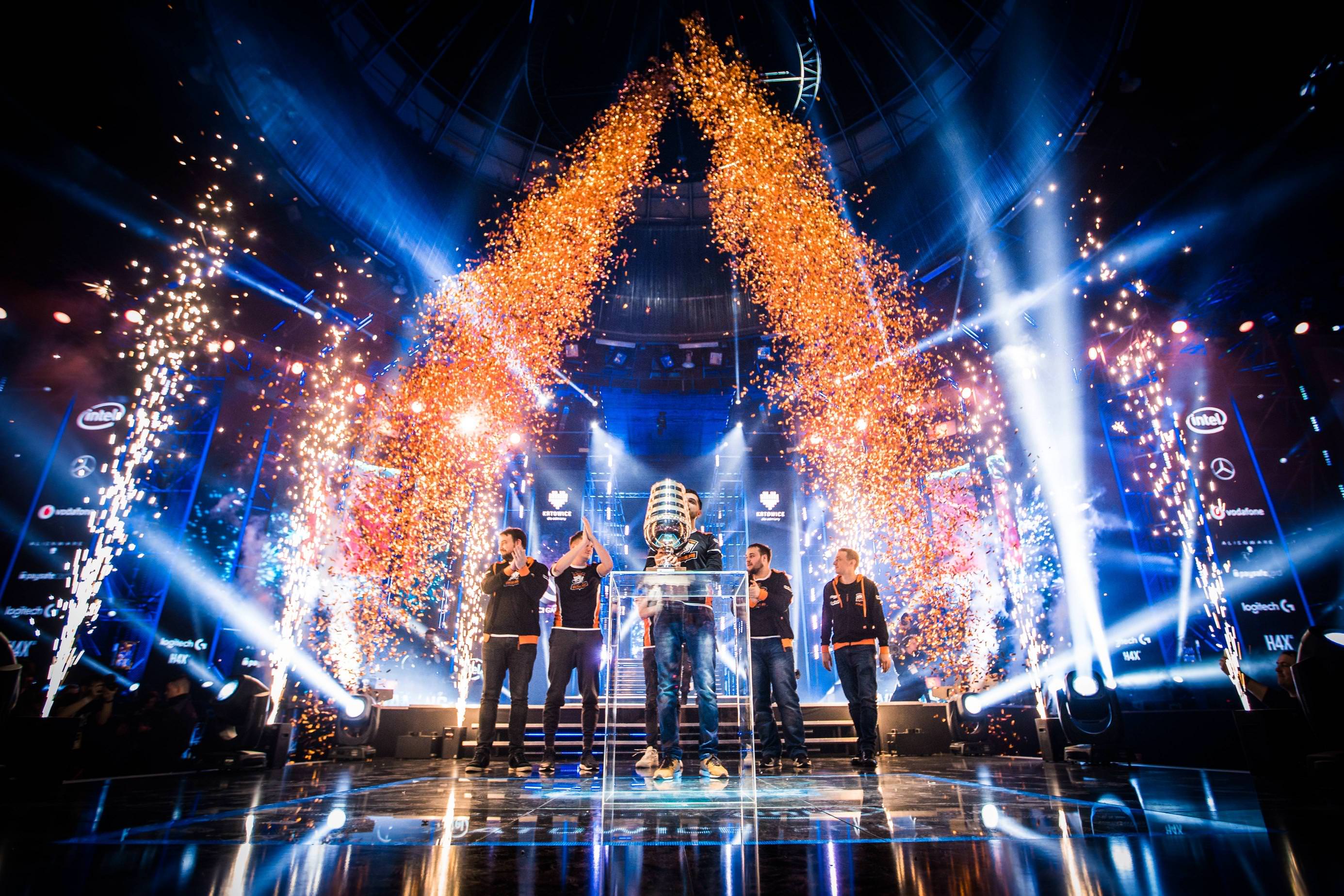 CIS Giants, Virtus.Pro was by far the best team in the DPC 2017-18 season piling on title after title in a season that saw them harness a massive 12,372 DPC points. While the first title of their season arrived at the ESL One: Hamburg, the very first major of the season, their run of dominance only started revving up in February at the ESL One: Katowice 2018.

Virtus.Pro was virtually unstoppable in both the ESL One: Katowice 2018 and The Bucharest Major 2018 as they secured win after win, and secured both championships with ease, setting the pace for the rest of the season. 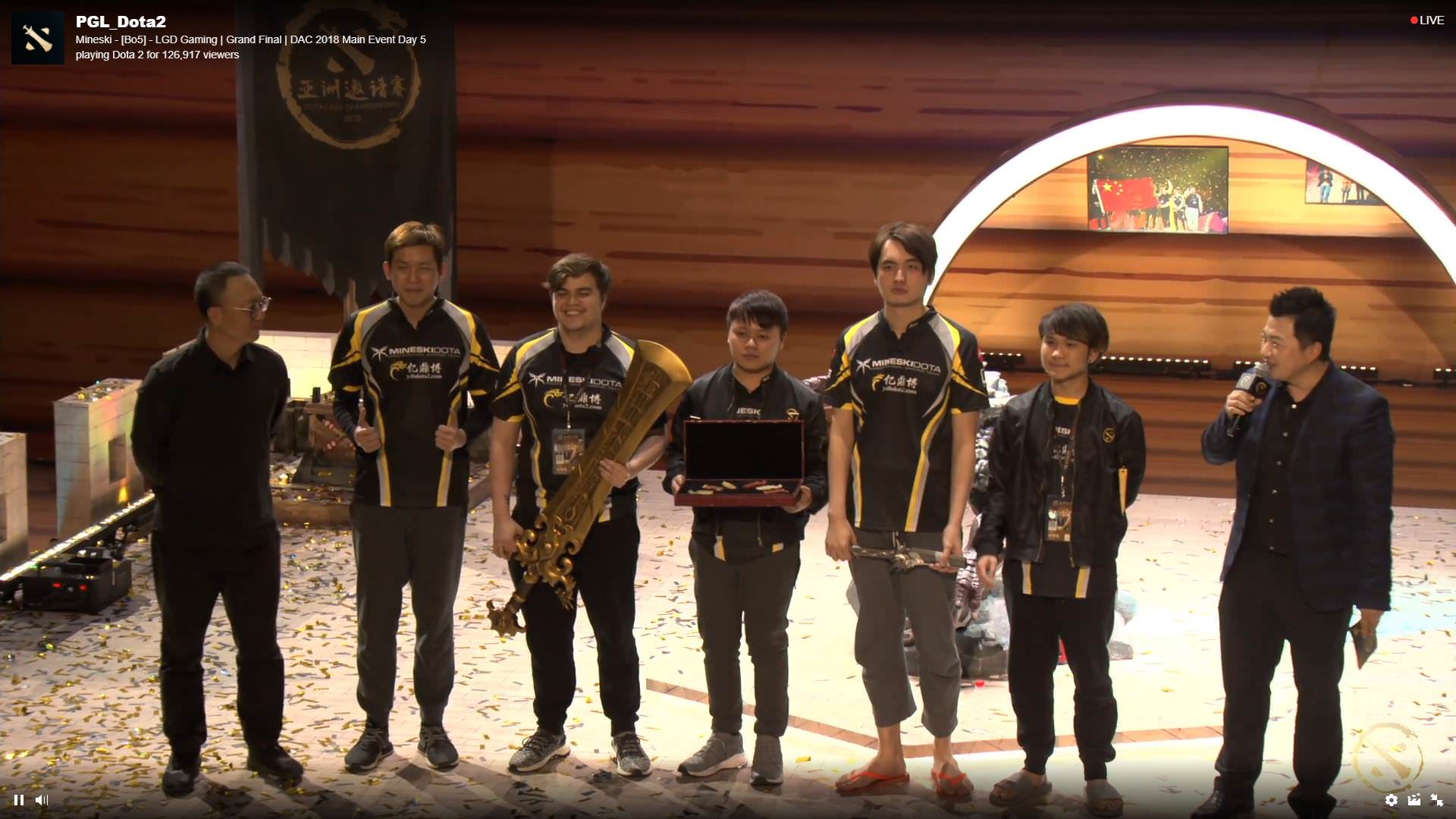 Earlier last year, we saw Mineski become the first ever SEA team to claim a Minor championship at the PGL Open: Bucharest 2017. While that was a high point for the entire SEA region, it regressed back to mediocrity in the following DPC events.

SEA teams never really looked like they would be able to win a championship and hang with the best teams out there. However, all that changed in late-March 2018. Mineski represented the SEA region in the Dota 2 Asia Championships 2018 and performed spectacularly, dropping only a single game in the group stages. They tore through the playoffs, not dropping a single series and won SEA’s first ever Major. The fact that the team didn’t just win games, but set the meta while doing so makes it even more impressive.

While the team eventually relapsed back to its mediocre placings in the DPC events following the DAC 2018, the fact that it won SEA it’s first ever major ensures its place in the Dota 2 history books.

The Chinese empire strikes back 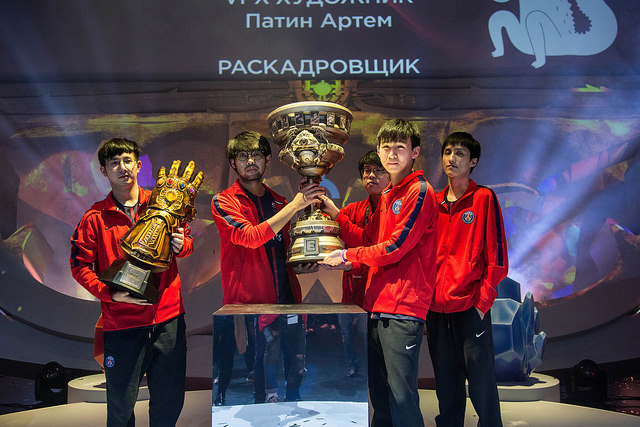 17/22 DPC tournaments in, China had only won a single tournament in the 2017-18 DPC season. It was a dark time for the Chinese overlords who had dominated the Dota 2 scene for over 7 years.

Moreover, SEA had surpassed their best hope: LGD Gaming in the Dota 2 Asia Championships 2018. LGD Gaming, who were rechristened as PSG.LGD struck back, and they struck hard. They secured back-to-back Major wins in dominating fashion, even destroying the seemingly unbeatable Virtus.Pro dynasty and brought an end to the title drought.

They looked like genuine contenders for the Aegis of Champions and would have won it if it hadn’t been for what could only be percieved as destiny. 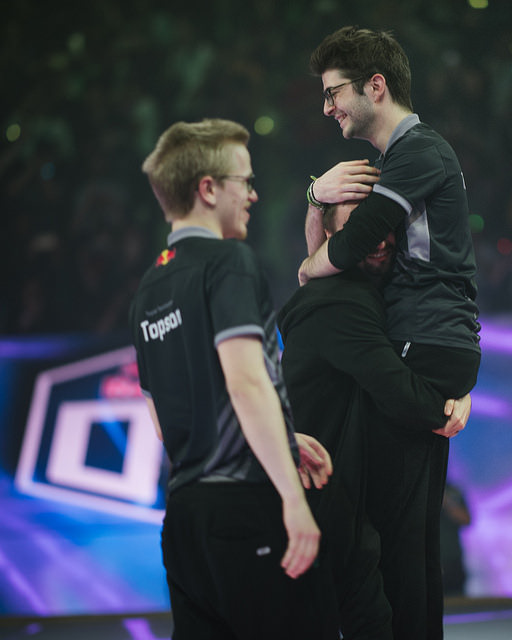 OG was the brainchild of two of the closest friends in the Dota 2 world, Fly and N0tail. A friendship that preceded Dota 2, dating back to Heroes of Newerth. A friendship that had withstood the test of time, secured 4 Valve Majors and endured two failed attempts at the Aegis.

However, on the 28th of May, Fly left OG and n0tail to join Evil Geniuses; just one month before The International 8 qualifiers in a move that, with the benefit of hindsight, we can only call a betrayal.

However, OG persevered, picking up their former carry Ana and Finnish pubstar Topson and demolished their way into The International 8, with a stunning 23-3 record and not dropping a single series in the European qualifiers.

While almost all of the Dota 2 community considered OG underdogs, the team played relatively well in the Group Stages to make their way into the Winner Brackets. Once there, OG played like a team possessed. They took down VGJ.Storm before facing Evil Geniuses in the next round.

N0tail would finally have his revenge, bringing down Fly and EG in a seemingly emotional encounter, to move on to the Winner’s bracket final. OG and n0tail then brought down PSG.LGD once in the winner’s bracket final and again in the Grand Finals to claim the Aegis of Champions and etching their names in the history books.

The first DPC season came in with a ton of problems. The primary complaint from teams and players was that there was just simply too many tournaments taking place in the Dota 2 calendar.

Other complaints included the fact that organizers were free to decide which teams to invite to their DPC events and with points eventually going towards TI8, some teams definitely got a worse deal. Even the number of qualifier spots per region for TI8 were announced quite late and there was much debate and discussion in the community whether some regions deserved the spots given to them.

To rectify all of that Valve presented us with a new DPC system in which 12 teams will be invited to The International 8 and restricted the number of tournaments in the calendar to just 10. A revamp to the Major/Minor qualifiers ensured that no deserving region would have a shortage of slots in DPC events.

While the move has been quite successful so far, we’ll have to wait for the season to come to a close to judge whether this was the right move from Valve and Icefrog.

End of an Era: Dendi parts ways with Na’Vi 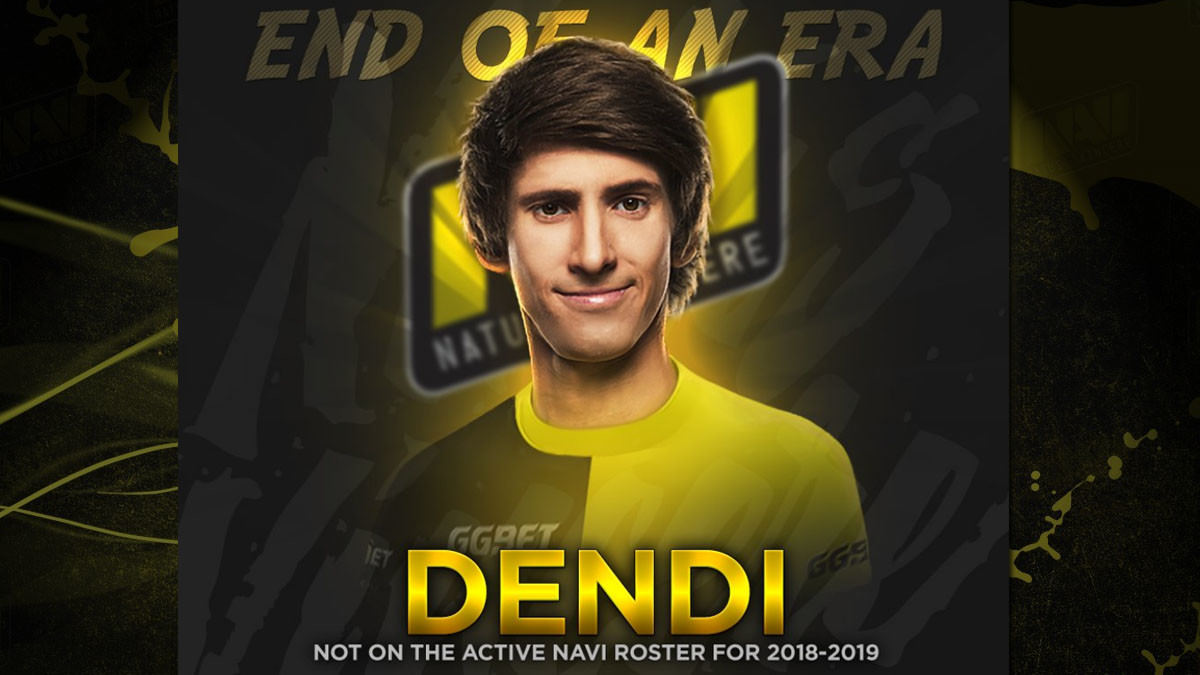 It was a long time coming, but when it happened, it vibrated across every single region in Dota 2. One of the most iconic teams in history finally parted ways with their most iconic legend. Danil “Dendi” Ishutin, the celebrity midlaner of Natus Vincere, finally departed from the organization after The International 8.

During his tenure on Na'Vi, Dendi built up a legacy that brought together the Dota 2 community. On top of being one of the most popular midlaners to ever set foot into esports, he became known for his friendly, kind and genuine personality which lead him to become, arguably the face of Dota 2.

The Na’Vi - Dendi duo finally split up, leaving a lasting legacy in the realm of professional Dota 2. 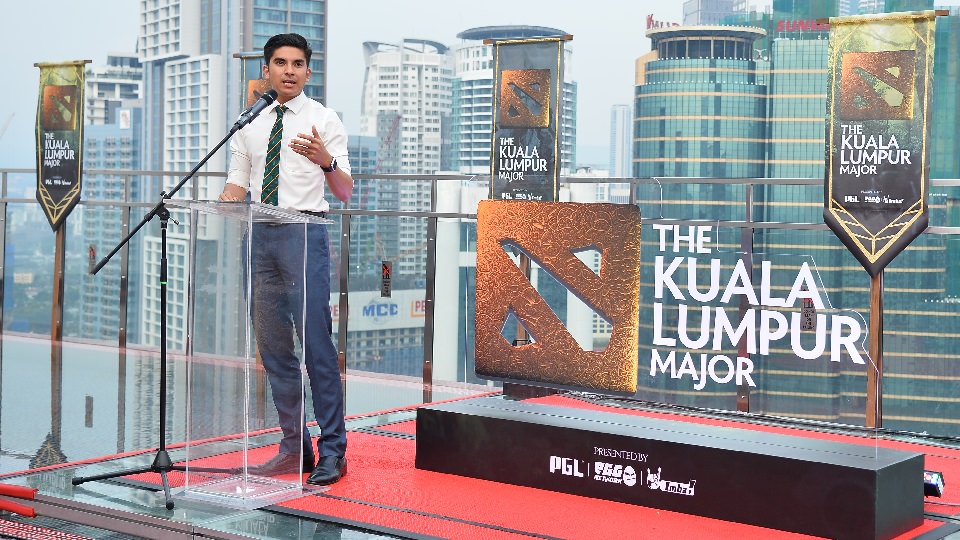 With the rescindment of the Major status of the Galaxy Battles II: Emerging Worlds, SEA did not host a single DPC Major in the 2017-18 season, despite having a fledgeling Dota 2 community and hosting one of the best Dota 2 Majors in recent memory (The Manila Major 2016).

However, that all changed when the Malaysian Minister of Youth and Sports, Syed Saddiq announced that Kuala Lumpur will be hosting the first major of the new DPC season. Unfortunately, SEA only received two spots in the Major.

However, Filipino team: Tigers managed to win the first Minor of the season, the Dreamleague: Season 10 and to qualify for the KL Major.

Kuku gets banned from the Chongqing Major 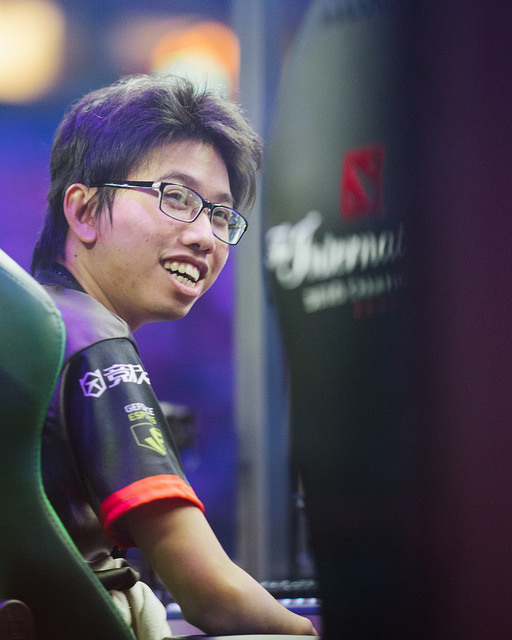 Unfortunately, 2018 ended in a sour note for Dota 2 fans. Controversial, unsavoury comments made by Kuku and Skemberlu dragged out for over two months and finally culminated with Valve banning Kuku from the Chongqing Major.

The controversy took off when Skemberlu typed the phrase “gl chingchong” in all chat during the Dreamleague Season 10 Minor when playing against the Chinese team, Royal Never Give Up. Kuku mimicked Skem in a pub game, which triggered the Chinese Dota 2 fanbase.

The Chinese Dota 2 community started clamouring for Valve to take some action against Kuku and Skemberlu. Chinese Dota 2 player Xu "BurNing" Zhilei, communicated with Valve through email in which Valve confirmed that they will communicate with TNC Predator in order to punish Kuku.

If anything, the drama made split the scene into two clear factions: China and the rest of the world which spices up things for the first ever International which will be held in China. It is also pretty clear that Valve needs to improve its communication with the community and the organizations to avoid embarrassing situations like this. Perhaps hiring a community manager, Or an esports commissioner like the Overwatch League would help.