2018 has been a great year for Counter-Strike globally and even more special for the Asian region, which witnessed Tyloo reaching the highest ever global ranking, as the team slipped in at the 10th position after a phenomenal performance at the FACEIT Major 2018.

Apart from this a lot of international and regional events were also hosted including the IEM Shanghai 2018 followed by the Toyota Master CS:GO Bangkok 2018 and also the Zotac Cup Masters 2018. Along with the introduction of the Asia Pro League thanks to CSGO2ASIA, which is a great achievement for the region.

In all this chaos there have been several players that have stood out from the rest, showcasing their skills and making a name for themselves, these are my pick for the 'Top 10 Asian CS:GO Players Of 2018'.

Disclaimer: The following rankings are a result of my own opinions, reasonings and thoughts. I have used HLTV metrics and statistics to justify my rankings if you do not agree with me, feel free to express your displeasure by populating my Twitter feed. 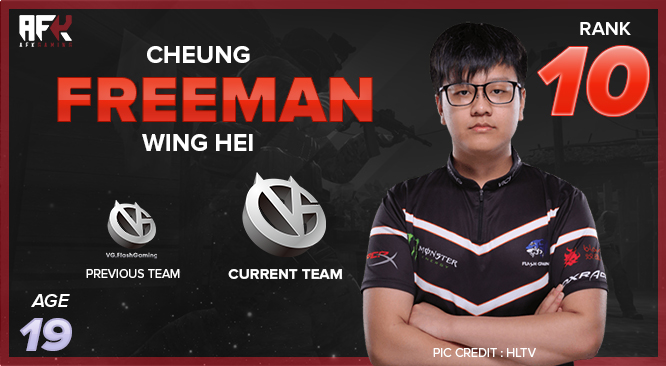 Currently playing for ViCi Gaming, it was a roller coaster ride for the organization last year. And although Freeman juggled between ViCi and the VG.Flash for some time, it did not affect his performance all that much.

The young Chinese star could have grown better under a more controlled environment but the way he has composed himself, maintaining a certain constancy to his performance while the organization went through a chaotic period is certainly worth an applaud.

Freeman conducted himself really well within the domestic circuit, reaching an average rating of 1.30. The same was obviously not the case going while participating in the international events, where his rating averaged at 0.815. The growth has been steady but there is still a lot to be improved upon in the coming year. 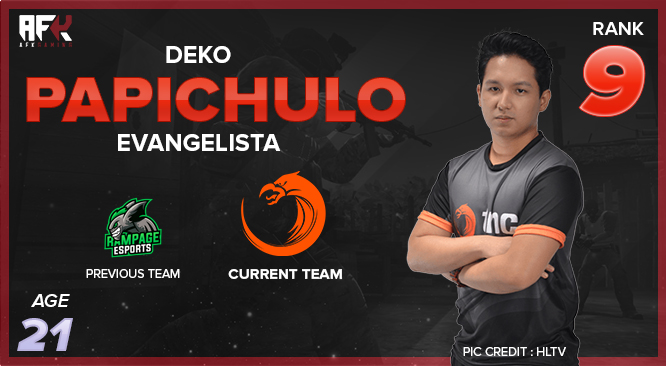 Becoming a part of TNC Pro Team – CS:GO a month before the 2018 season started, Papichulo has become an integral part of the team. Leading the pack by executing his role as an Entry Fragger, he is one of the best that the SEA region has to offer.

The 21-year-old grew a lot within the period of these last 12 months by achieving an average rating of 1.14, showcasing his talent with a rifle along with his knowledge of utility usage. He is the driving force behind TNC holding the podium when it comes to regional events while also managing a 5th-8th finish at the ZOWIE eXTREMESLAND 2018 – Asia Finals. 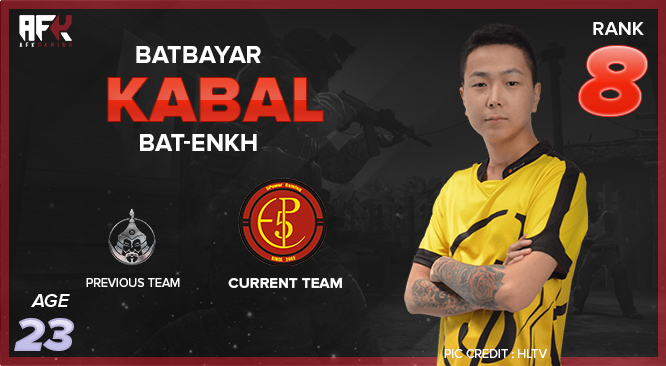 Last year has been really great for Kabal who stuck with 5Power Gaming throughout the year and continues to grow with the organization. The veteran Mongolian star has been the most consistent player amongst the 5Power line-up, closely contested by his companion Dobu.

Kabal had a dream start in 2018, witnessing an average rating of 1.09 for the first four months. During these four months 5Power participated in multiple Asian and Regional events and although Kabal played at the top of his game, 5Power could not claim victory at a single event.

Although Kabal played really well in the Asian circuit whenever there was an influence of a foreign team a dip in his performance was noticed. Wishing Kabal a great season ahead in 2019, we hope he is able to make a noticeable dent at events involving foreign teams as well. 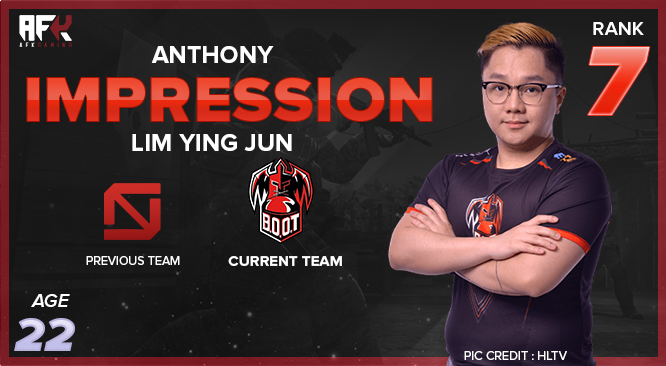 Certainly, living up to his name, ImpressioN is hands down one of the best IGL’s from the SEA region. Although  B.O.O.T-d(S) might not have been able to achieve a lot in terms of victories, they have certainly improved on a lot of aspects all thanks to ImpressioN.

He has garnered a decent average rating of 1.0, thanks to a great start and a fantastic end in 2018. The months in the middle (May-August) witnessed a slight slump in his performance which directly affected the teams positioning at multiple events, clearly indicating his importance in the team. 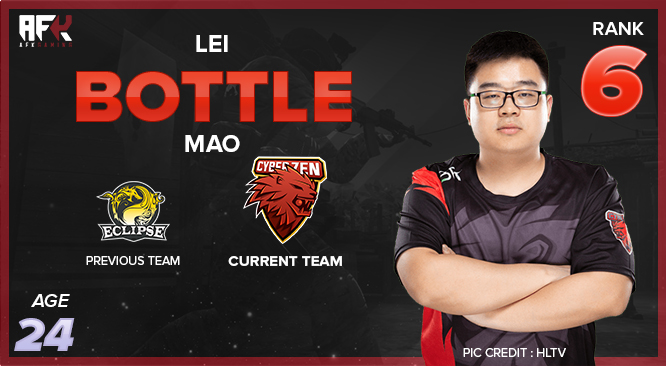 A gem of an addition to the CyberZen line-up. The manner in which Bottle has gelled up with the team and synchronized himself with their actions and calls in-game is simply phenomenal.

Previously a part of Eclipse, Bottle was acquired by CyberZen around September and even though he has just spent around four months with the team, his impact has been monumental.

Missing out on most of the regional and Asian events Bottle started out directly against the international teams but this was where his experience came into play, as Bottle put up an impressive average rating of 1.198. Helping CyberZen in achieving worthy finished at multiple international events. 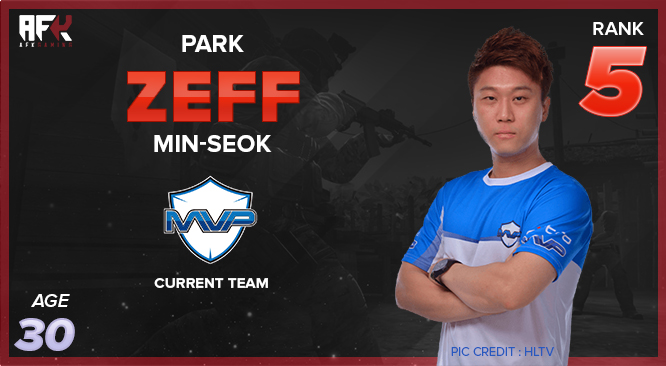 The old school veteran of CS is still rocking a precise aim with great mechanical skills. Zeff who has been with MVP for a couple of years now showcased another year of dominant performances.

Holding an average rating of 1.01, Zeff meant serious business with a rifle. He had a terrific start last year with an outstanding performance at both Daddyskins Asia Super League and WESG – World Finals 2017.

With the start of the international events, there was concern regarding his performance but Zeff put up a great individual effort, finishing the season with an average rating of 0.98 at international events. MVP has been blessed by Zeff’s prolific talent and I hope he adds many more accolades in the current season as well. 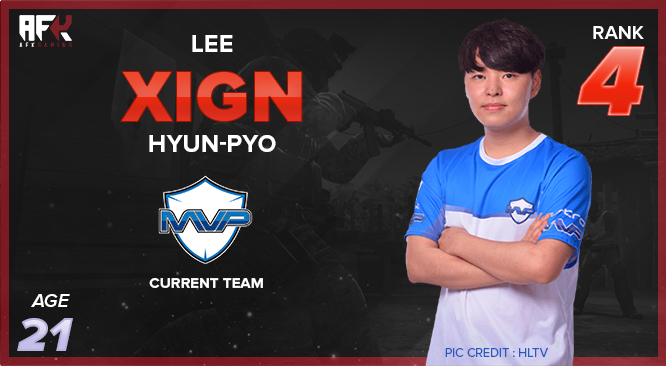 Carrying the burden of being a team's ace can be burdening at times but not for XigN, who has had a fantastic season last year. Leading the MVP caravan to post an overall rating of 1.17, he was consistent in his performance throughout the year.

XigN clutched many crucial rounds for MVP last year and led the in-house frag boards consistently. He playing a massive role as a rifler for the team's victory at the ZOWIE eXTREMESLAND 2018. Let’s see if XigN can help MVP topple Tyloo from being Asia’s best. 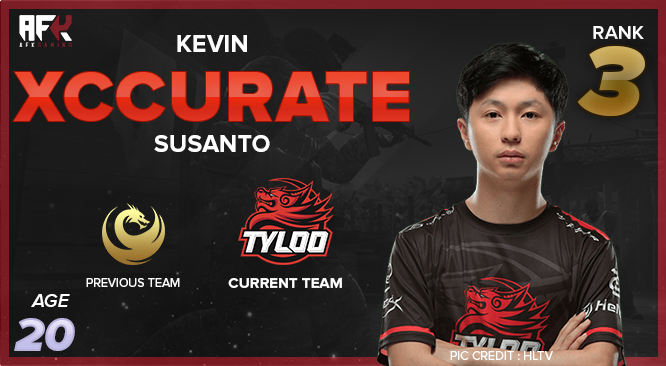 One half of a terrifying duo that has played a massive part in making Tyloo the best team from Asia. Xccurate started his journey with Tyloo last year itself and took no time in establishing his dominance within the team.

A highly skilled marksman, Xccurate is lethal with an AWP. He held a respectable KPR of 0.73 at the FACEIT Major 2018, where Tyloo played their level best-having faith upon Xccurate’s sniping skills.

Xccurate who was feared within the regional circuit has grown his repertoire to international teams as well. Especially after going up against Gambit, Renegades, MIBR, BIG, FaZe and HR to name a few. 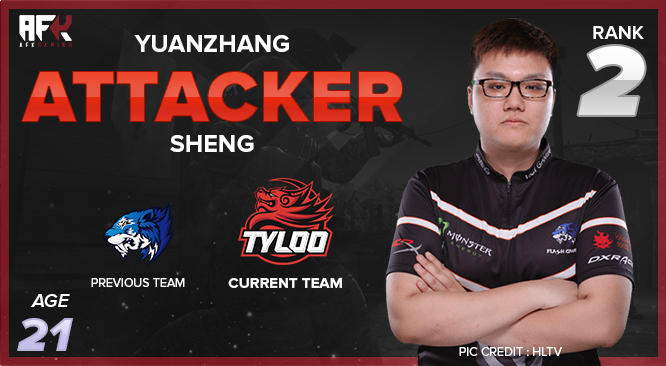 He used to be the face of Flash Gaming and is hands-down one of the best CS players from the region. Gifted with extreme mechanical skills, his reaction timings and the ability to change the outcome of a match single-handedly is absurdly insane.

A solid entry fragger who had a great 2018 averaging a rating of 1.12. Inconsistency plagued much of his last year with the organization facing a failed partnership that led to many event opportunities pass by but Attacker kept pushing Flash ahead with a massive effort being applied from his side.

This year will harness his true potential as the switch to Tyloo has put him shoulder-to-shoulder against some of the best in the business. 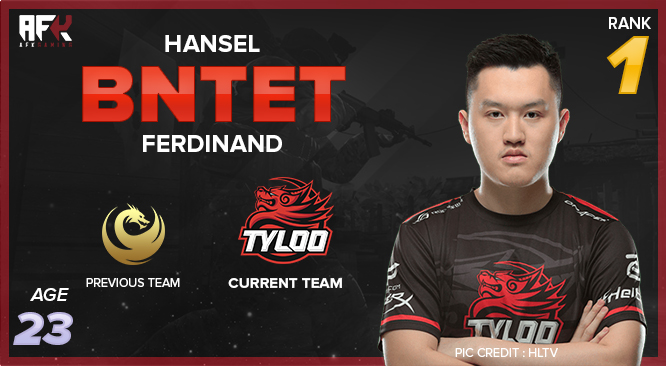 The best that Asia has to offer, the Indonesian player is a force to reckon with. Already making a name for himself in the international circuit and establishing himself through his powerful performances, BnTeT has had a really successful year with Tyloo while truly enjoying the game.

Averaging a mindblowing rating of 1.22 the experienced and highly talented player has not observed a dip in performance throughout the year. Be it a regional or an international event BnTeT has performed on the same bandwidth, which shows his belief in his skills and the team.

DreamHack Masters Stockholm 2018 and SuperNova CS:GO Malta are the only two events where he was not able to shine, apart from which he was an absolute treat to watch especially at the two IEM events Sydney and Shanghai where he held a KPR of 0.77 in both the events.

With the addition of more firepower to the Tyloo line-up, let's wait and see if BnTeT remains the unrivalled ace or does he take a backseat.

Do you agree to disagree with our list? Who do you think should have made it on the list according to you? Let us know in the comment section below or feel free to drop me a tweet @Catslayer_999

Ratings used in the article are courtesy of HLTV