To Infinity and Beyond

1st, Jul, 2016
The regionals are over and 14 teams have secured themselves highly coveted spots in the Internatinal to be held at Seattle in August. Amidst all this excitement let’s not forget the Indian brave hearts who gave the entire SEA region a run for their money in the Open Qualifiers. While they might have fallen short in the finals their run in the second qualifiers has won them hearts, fans and respect in the entire SEA community. I’m obviously talking about Beyond Infinity a team that has been dominating the Indian scene for long and very recently the SEA region as well. We sit down with captain Moin “No_Chanc3” Ejaz and the boys from BI to find out what they’ve been upto.

We learnt from playing one game after another what our weaknesses were and winning those games also showed us what our strengths were. It is amazing to see how time spent together improved us as a whole but also showed that we still had stuff to work on.

What’s your understanding of the current meta? (I know it’s only been about a week)

Timbersaw and terrorblade are killing it. What’s your take on these two?

No_Chanc3: Both of these picks are extremely good in this patch.

Zeddisbug: Cancer! I find them in almost every pub game I play.

So you guys lost out to TNC who went and got the direct group stage invite after securing top seed. So clearly they were a notch above the rest of the SEA teams. So technically you lost out to the best team in SEA at the moment. Do you think there was a skill gap or draft issue or was it just one match? Do you think you could take them on maybe another day?

We came into the game with a level head. However, the last pick Alchemist caught us off guard and I think there was a slight gap when it came to skill levels of both teams.

How tough are the SEA regionals when compared to NA, EU or China? Do you think you could or would have fared better in either these regions? Obviously only skill level wise, not considering ping and other such factors?

Blizzard: SEA was definitely the hardest region OQ wise. I think we had a better chance through NA or EU.

No_Chanc3: It's tought to say because of different play styles but I feel SEA was the hardest.
Can we get your TI top 3 predictions?

Zedisbugg: Na'vi is going to win the whole thing. I believe!

Share some stuff about you as a person. How old are you? Where are you from? How long have you been playing and such.

I am a 24 year old from Kolkata, I've been playing Dota for almost 5 years now.

How supportive is your family regarding competitive eSports. (We know Bari’s father is extremely supportive).

They are extremely supportive of my career and even watch all of my games. They always cheer me on and I'm grateful for their support.

You are known to be a quiet guy by most fans. Is there any truth to this?

No_Chanc3: It is true, I'm more talkative when I'm with friends
.
Zedisbugg: Actually that's not true. He talks a lot while he's playing.

So you are playing support as of now. But we have seen you in other roles as well. Personally which is your most favored role. And your current favorite hero. Actually can we know your most picked hero and highest winrate hero as well?

I love playing  any role but of late I prefer playing carry or mid because they have the most impact. I've been spamming Kunkka for a while now. Dotabuff tells me it's Invoker and I have a 53% win rate with 257 games.

So you were the first Indian to reach 7k as far as I know. Congratulations. How did everyone else in the team react when they found out? There was bound to be some jealousy?

Everybody was cheering me on when I was winning my 7k game. I don't think there was any jealousy, it was viewed as a team achievement rather than just a personal one.

About your bootcamp and teammates 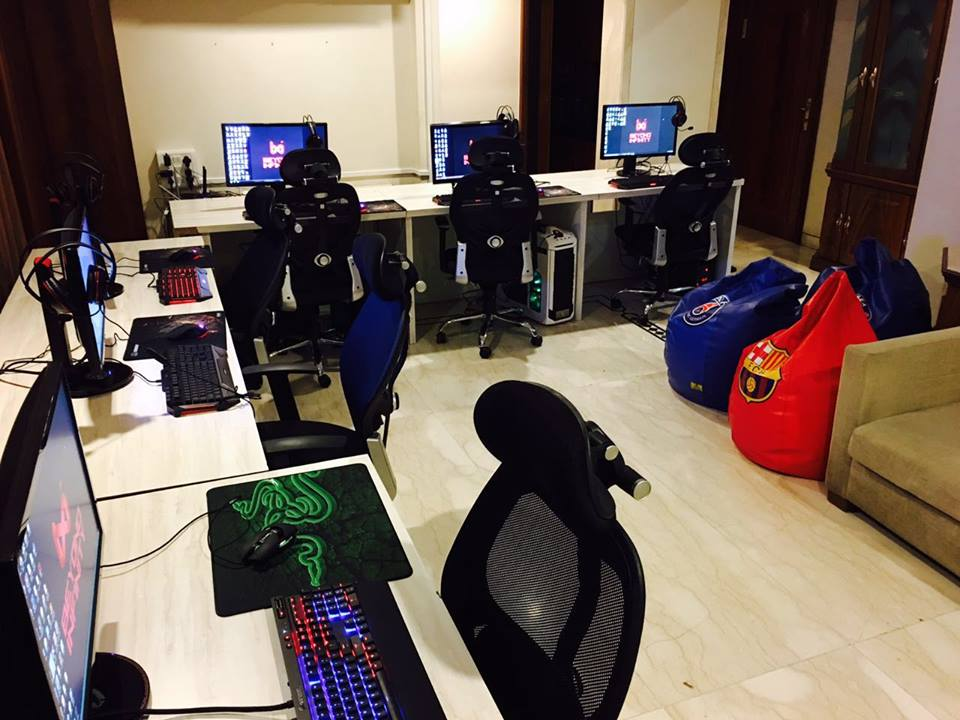 Where the magic happens


So you guys are bootcamping currently. How is it being constantly with each other? How do you get your own space when required?

We just play pubs and talk about our games while we search for games. It's pretty chill staying with these guys as they are my really good friends.
What are your thoughts on the roles of drafter and IGL? Should both be the same always? Are they even legit roles or does everyone in the team contribute in shot calling and drafting? Who takes the responsibility in BI?

I believe both should always be the same person. It's important that your idea of the draft be executed. We all contribute to the in game shot calling but my call has higher priority.

Other than Dota do you guys play any other games as a stack? Maybe Overwatch , CS GO or FIFA? If so who fares the best in these games?

Who sorts out differences in opinions and seems to always have a cool head?

It's always me.
Who is the most dedicated and punctual?

Who is the best roommate? And the worst?Why?

Best: Battosai, he doesn't take too much space and is a heavy sleeper.
Worst: Swifty, aspiring football player in his sleep.

Do you guys have some sort of a schedule which you follow?

THIS IS THE BI WAY

Wake up.
Doto.
Sleep.
Repeat.
Can you share some funny or light incident at the bootcamp of you or anyone of your teammates?

Blizzard: Once No_Chanc3 was searching for Santa Cruz in Google Maps and the Santa Cruz that popped up was the one from the US and he very seriously told us we had to take a flight to get there.

Thanks for taking the time out to interact with us.

Thank you for the opportunity! We'd like to give a shoutout to ASUS India for providing us with these kick-ass peripherals and a huge thanks to all our fans and followers for continuing to support us.

Follow Beyond Infinity on Facebook to keep up with regular updates.
We believe in Beyond Infinity and are extremely proud of what they have achieved. Show them some love and support and before you know it they'll be bringing home the TI7 trophy for us!!!! #BIforTI7.
About UsContact UsServicesRSS
DisclaimerAdvertise With UsArchiveEditorial Team