TNC Pro Team prevail in the Battle of SEA

After a massive upset by Optic Gaming, it was time for our SEA showdown.

And once again it was the Gyrocopter show as Marc Polo Luis "Raven" Fausto put in a clinical performance to see TNC Pro Team get one over their SEA rivals Mineski. He finished the game with a whopping 15-0-12 KDA record, which also saw him bag the MVP of the game award from PGL.


The game got off to a rough start for both offlaners. Samson Solomon Enojosa "Sam_H" Hidalgoand Daryl “iceiceice” Koh were both sacked by their respective teams while their carries free farmed. The midlane however went favourably for TNC Pro team as Armel Paul "Armel" Tabios and Timothy John "Tims" Randrup bullied Kam "Moon" Boon Seng on the midlane Death Prophet.

While both offlaners managed to recover, TNC Pro Team found kills all over the map with no response from Mineski. Mineski attempted a smoke gank to get back into the game, but everything went wrong for them. Sam_H’s Tidehunter managed to get off his Ravage, completely turning it around as they found 4 kills on the Mineski side.

Mineski were unable to find any momentum after this point, losing multiple teamfights, structures and roshan to TNC. TNC closed out the game after securing Mega Creeps and using their superior net-worth advantage to close out the game.

Elsewhere, VGJ.Thunder caused an upset by beating their sister team Vici Gaming to send them to the lower group in the Swiss format. Although Na’vi lost to OG, they showcased some crisp execution of teamfights and decision making; they will be a hard matchup for any team that meets them in the lower groups. Newbee once again utilized their stellar support duo to easily win their match against Vega Squadron.

The 2nd round of matches was also drawn up by SirActionSlacks at the end of the day’s broadcast. 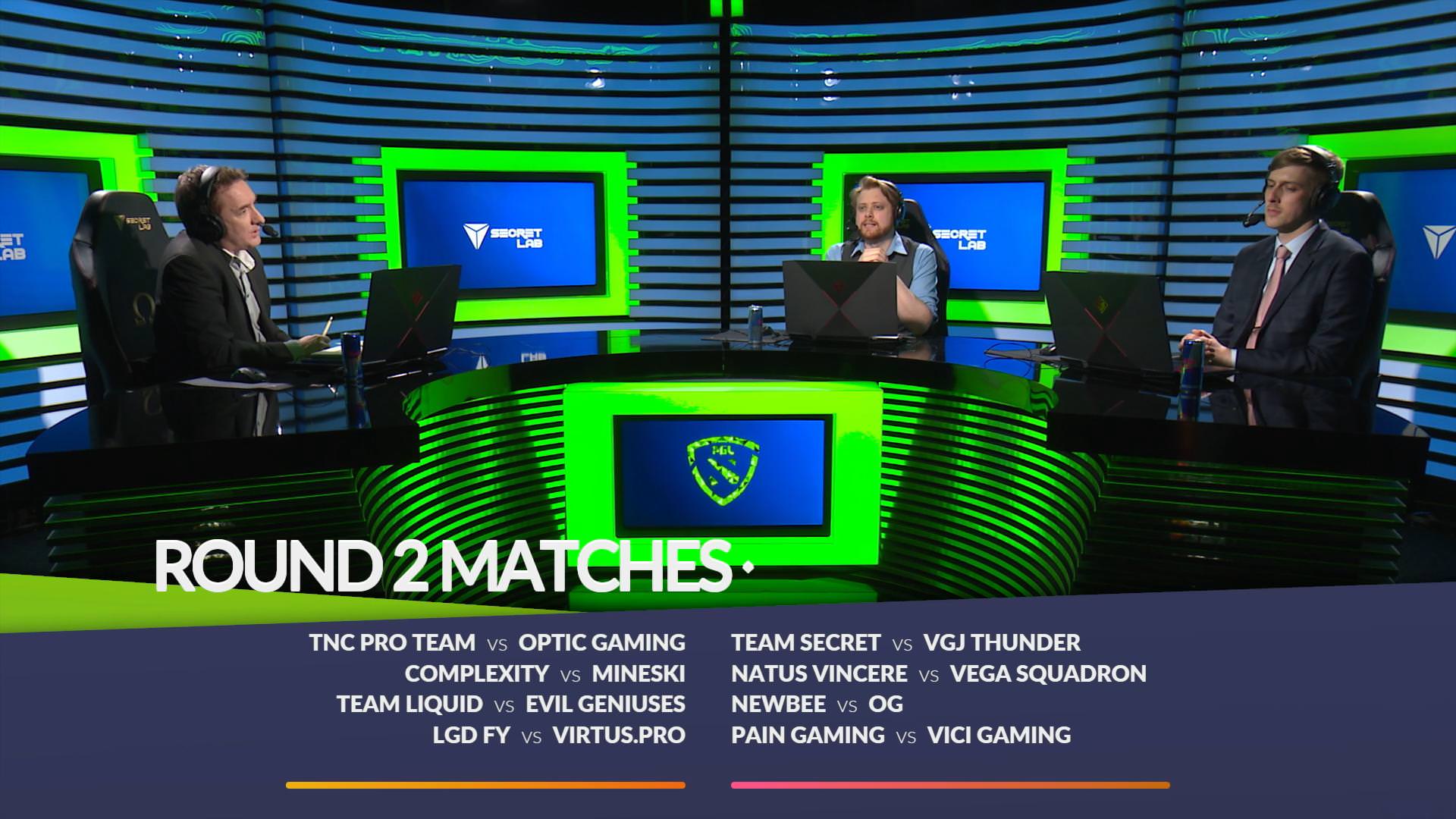 The biggest match of this draw is easily Team Liquid vs Evil Geniuses, followed by Newbee vs OG. The two SEA teams have been drawn two relatively easy NA matchups with TNC Pro Team taking on Optic Gaming and Mineski taking on Complexity Gaming.