7o, Mar, 2018
It was a great day 3 at the Bucharest Major with several nail-biting matches. After the first set of matches which saw Team Liquid fall to NA Dota, it was time for SEA to deliver. First up was Mineski vs Vega Squadron which was a close contest right up until the very end, where Vega Squadron lost 3 heroes in a row, without buyback, to Mineski’s aggression.

Next up was TNC Pro Team vs VGJ.Thunder. Both teams put on quite the spectacle in this match.

From the first minute, TNC were in control of the game. Marc Polo Luis “Raven” Fausto's Juggernaut was a beast, farming freely in the safelane against Zhou “Yang” Haiyang's Underlord. TNC's lead grew and grew as they took over the map, culminating in an almost 32k net worth lead by the 51-minute mark. But things would slowly change for the worse for TNC Pro Team.

All that time, Liu “Freeze” Chang's Gyrocopter had kept himself in the game both with incredible farm and almost perfect kill participation. Meanwhile, Liu “Sylar” Jiajun's Death Prophet had become almost as farmed and was becoming very difficult to kill, especially during Exorcism. TNC just couldn’t close out the game.

At the 47-minute mark, Freeze bought his first Divine Rapier - but he didn't stop there. VGJ.T started to win fights and Freeze kept buying Rapiers. An absolutely critical team fight kicked off at the 55 minute mark in which a key Lotus Orb usage by Yang stopped Raven's Omnislash from hitting Freeze, keeping him alive and allowing VGJ to turn the fight.

After this fight, Freeze bought a third Divine Rapier and charged down the midlane to finish things. TNC desperately tried to cut waves and buy enough time for Raven to respawn, but it was just too hard to hold in the Gyrocopter who dealt an absurd 1100 Damage per attack by the end of the game.

He took down the throne in what seemed like 3 seconds to secure a spot in the Playoffs for VGJ.Thunder


Post this match, NA Dota continued to look strong as Evil Geniuses and Optic Gaming comprehensively beat Newbee, and OG respectively in under 25 minutes. EG joined VGJ.Thunder in the playoffs, while Optic Gaming is one game away from going through to the playoffs.

With the first eliminations done, today will work a little differently. Any team who is currently 1-2 but wins tomorrow will play a second game today to decide their fate. On the other hand, any team that is 2-1 but loses will also have to fight for their tournament lives. After that, the tournament takes a one-day break before the playoffs begin!

Here are the first set of matches for today 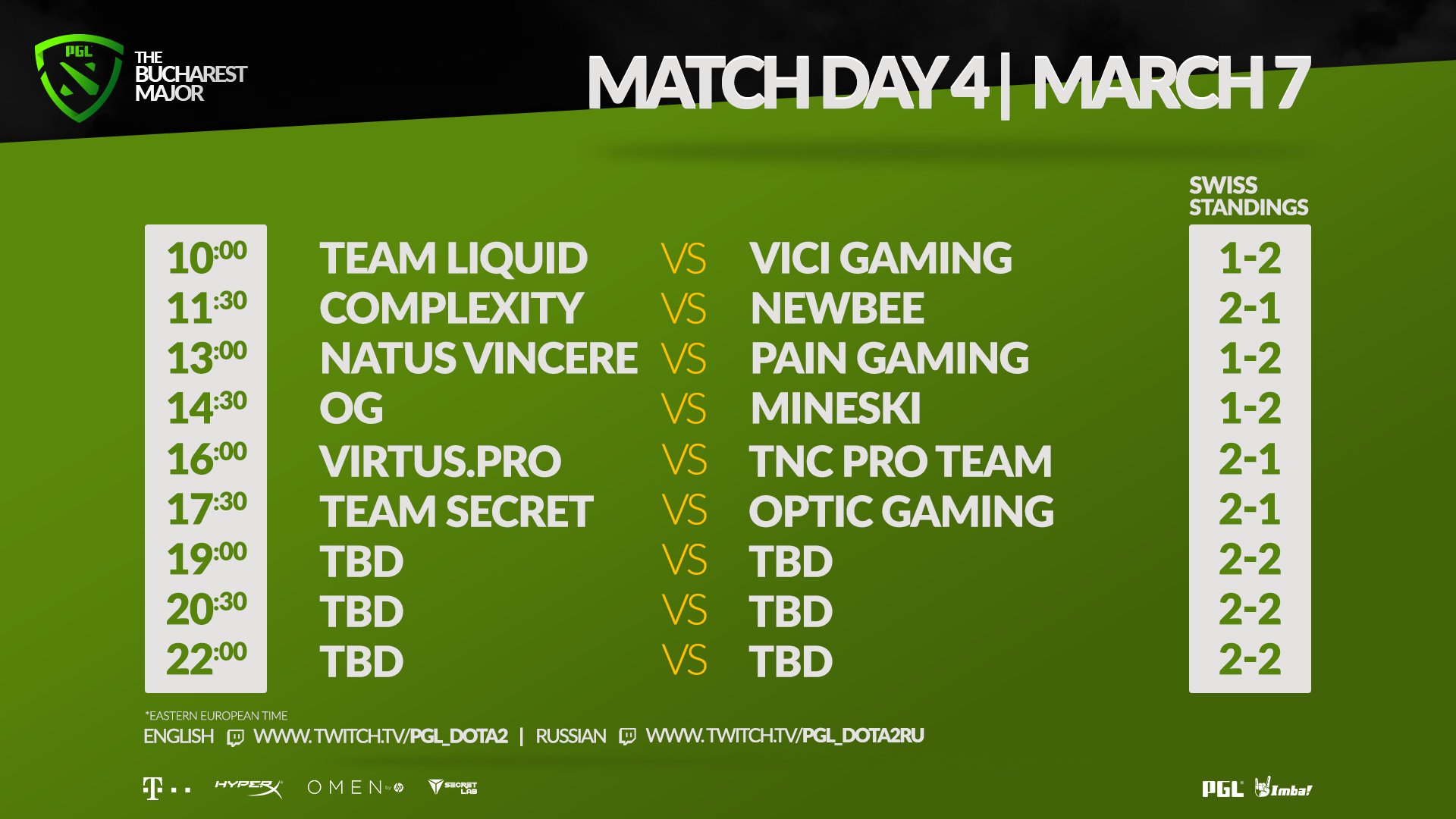