With less than 2 days to go for TI8 two new additions were made to the talent pool along with a bunch of other announcements.


Bulldog’s absence from the desk at Vancouver will be sorely missed but Valve has gotten the perfect replacement in the form of Black. The German carry player was last seen playing for Entity Gaming but is currently teamless and will make his presence felt on the desk at Vancouver. A popular personality, adored by fans, many have enjoyed his casual style, high level of understanding and banter that he brings to the desk. Many touted him to be the ideal replacement for Bulldog and indeed that has been the case.

Also joining the already elaborate list of talent will be Marcus ‘djWHEAT’ Graham, who is currently the director of Twitch Studios. djWheat was a popular Starcraft II caster who even delved into Counter-Strike but currently works with Twitch. He was also one of the earliest advocates of esports.


I'm doing a thing, but it's probably not what you'd expect! See you next week during #TI8! https://t.co/eVLbZK1pYa


Another announcement made yesterday was the All-Star team reveal. The first team will be led by iG’s coach and legendary Chinese carry player - Burning. It consists of:

The second team will be led by another Chinese legend VG.J Thunder’s coach ROTK and consists of: 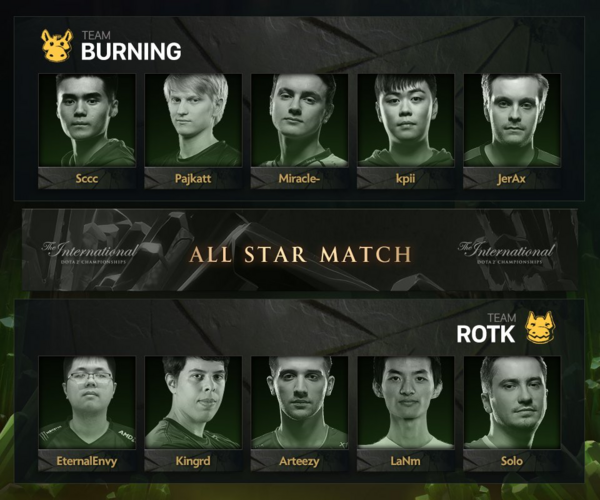 
With the group stages for TI8 about to kick off tomorrow, the groups have now been revealed. 2 groups of 9 teams each will face off in a round robin bo2 format. The top 4 teams will move into the upper bracket. The bottom-placed team will be eliminated while the remaining teams will start from the lower bracket. The distribution of teams seem quite fair and sets us up for what could potentially be one of the most competitive group stages. 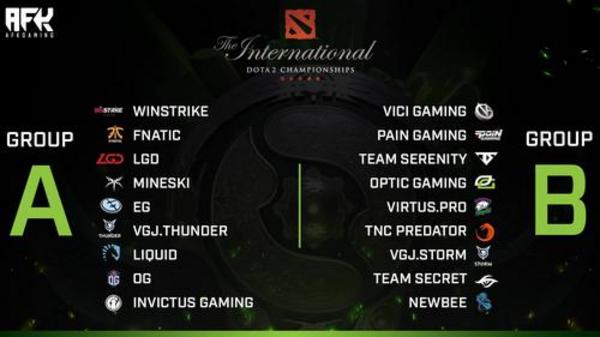