The opening set from Group B saw 3 teams pick up wins while Secret and Serenity split points in 4 action packed series.

Virtus.Pro vs OpTic Gaming: DPC Champs for a reason

VP showed just why they are considered the best team at the moment as they outclassed OpTic every step of the way in their first game of TI8. Game 1 saw VP go for the teamfight style by picking up an Earthshaker, Phoenix and Spectre all the while allowing No[o]ne’s Storm to run around freely. An early sentry caught out OpTic who were looking to fight with Moonlight Shadow and allowed VP to exert their dominance fully. PPD’s Winter Wyvern had little to do as Spectre jumped him time and again rendering him useless for the majority of the game. With a farned Spectre and Storm, VP swept aside OpTic to take an easy 44-minute victory. In game 2, OpTic picked up a support Brewmaster for Zai and were punished heavily by Ramzes’s Broodmother and No[o]ne’s Weaver in the laning phase. In team fight’s VP led with near perfect Global Silences and Terrorizes rendering OpTic useless as they crumbled to a 36-minute defeat. A shaky start from OpTic who looked weak in both draft and confidence as VP ran circles around them the entire series. 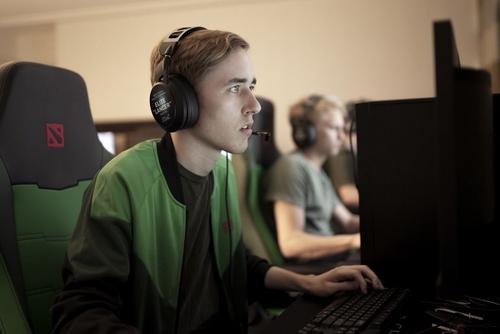 
Newbee vs TNC: Kpii shuts the door on TNC

TNC went up against Newbee in their opening series but came out battered after a 2-0 loss to the TI7 finalists. Kpii’s Necrophos styled over TNC in game 1 with early reaper kills leaving TNC incapacitated in the mid game. In game 2 he came to haunt TNC once again, this time on Pangolier as he ruled over teamfights and finished the game without a single death to his name. A bad start for TNC who need to create more space for Armel and Raven to be able to contest games effectively.

Team Secret vs Team Serenity: The Underdogs bite back

Zhizhizhi completely massacred Team Secret in the first game of the series. Faring much better than opposing carry, Ace; Zhizhizhi was able to find kills all around the map for Team Serenity, with little opposition from Team Secret. Behind Serenity in both kills and gold, the Europeans tried to make their comeback through teamfights, but these fights produced the exact opposite effect intended by Secret. They backfired on them, as Team Serenity always had the better positioning as they closed out the game comfortably.

Game two could be summarized as a battle of execution. While both Team Serenity and Secret tried to make plays around the map, only Secret was able to have success with their attempts. Almost every time Serenity tried to pull off a gank or roam, Secret somehow survived thanks to some great rotations. They, on the other hand, found kills left, right and center. Secret pushed their lead to the limits, going for tower dives and solo kills. Serenity could do almost nothing to stop feeding Secret, evening out the series.


That's a draw for #SecretDota in their opening game at #TI8 group stage series, GGWP TeamSerenity!

VGJ.Storm started out this series with a dominant game one. Out-trading Vici Gaming during early skirmishes, The NA Team quickly found themselves with a huge lead. Having an over farmed Wraith King on the offlane, VGJ.Storm forced Vici Gaming into unfavourable teamfights. In between these teamfights, VGJ.Storm took parts of Vici Gaming’s base, eventually taking the game at a fast 32 minutes.

Game two started out well for VGJ.Storm. Finding kills in all three lanes, VGJ.S sought to snowball their lead for a quick win. Transitioning their lead to the mid game, this game started to look more and more like a VGJ.S win. But, one unfortunate teamfight loss in their jungle caused quite a bit of a hindrance. VG, were turning the game around. But their team composition eventually ran out of steam and they couldn’t win the following teamfights which lead to them eventually losing the game.