2015. Dota was at an all-time high with peak players reaching upwards of 1.2 million concurrent players. And the rising popularity was evident across all of Dota as the TI5 prize pool reached a whopping 18.4 million dollars, 8 million more than the prize pool of TI4. With 16 of the world’s best teams set to clash at TI5, it was going to be one of the best years for Dota without a doubt.

The international Dota landscape was vastly different from the previous year. TI4 champions, Newbee were no more the best team in the world and with 2 of their most important players having left the team their chances weren’t especially great. The scene was dominated by a new set of teams who now set their eyes on the most coveted prize that Dota had to offer.


The TI5 Wildcard playoffs have particular significance as the wildcard winners, CDEC would eventually reach the grand finals after a breathtaking run through the upper bracket, shocking fans and Dota lovers who had never even heard of the team prior to the Wildcards. 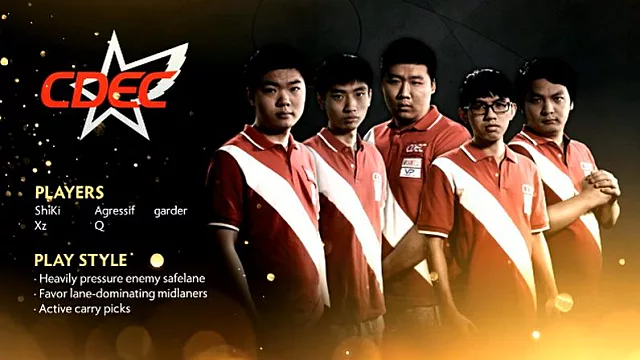 The Group Stages - Setting the tone


Xiao8’s LGD had a good time on group A which set expectations for a consecutive TI title for him. Hot favourites, Team Secret finished second in the group but despite a slightly tame group stage, all eyes were on the star-studded roster. The two NA orgs, Cloud9, featuring the likes of Envy and Fata as well as Complexity, who looked quite good after adding Fly and Moonmeander were the other two teams moving onto the upper brackets from Group A. Fnatic, iG, Na’Vi and MVP Phoenix took the bottom 4 slots.

Group B was relatively closer but Evil Geniuses took top spot thanks to the in-form Sumail and Aui. Surprising everyone with wins over 4 teams were the wildcard team, CDEC and EHOME and Team Empire finishing in the top 4 as well. VP, MVP Hot6, Vici Gaming and Newbee moved onto the lower brackets after occupying the bottom 4 slots.


Main storylines from the Playoffs

Coming into the tournament as favourites proved to be Secret’s undoing as they found themselves anti stratted and figured in the playoff stages. In their upper bracket series against EHOME, Secret drafted Shadow fiend in both games having used the hero successfully many times earlier but the Chinese side were more than prepared as they decimated the favourites 2-0. 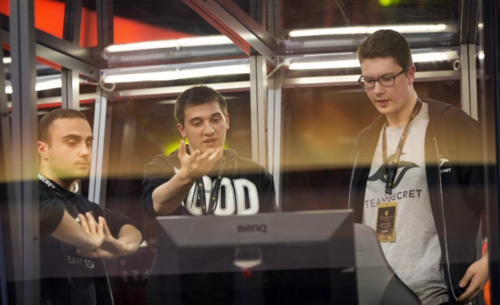 In the lower bracket, they took the series off iG who edged out a game thanks to Burning’s heroics but were majorly outclassed otherwise. The series that followed would be one against VP and G’s Storm Spirit proved too much for them to handle. The ill-fated series saw the CIS squad take the series 2-1 as tempers flared in the Secret camp eventually leading to a disband after the tournament. The Team Secret roster featured Puppey, Kuroky, s4, Arteezy and zai and was considered the best at the time but TI5 continues to serve as a reminder that more often than not, a team is more than just a set of individually talented players.

Chinese teams go all out in the playoffs

After failing to perform well at TI3, Chinese egos were hurt and they took it upon themselves to prove to themselves and the rest of the world that they were the best region in the Dota scene. At TI4, 4 out of the top 6 teams were Chinese including the two grand finalists and the trend continued in TI5 as well. Once again we saw 4 out of the top 6 teams coming out of China as barring EG, much of the western teams had either been figured or were subpar.

Obviously, there was CDEC whose miraculous run from the wildcards to the grand finals earned them much praise and appreciation. Overnight names like Aggressif, Q and Shiki became stars in the Dota kingdom as CDEC laid waste to C9, LGD Gaming and then Evil Geniuses in a stellar run in the winner’s bracket. Unfortunately, though, they depended too much on Shiki’s Lina and Aggressif’s Gyrocopterr/PL as EG figured out in the grand finals. Leshrac which was a first ban in the TI5 meta was not one of CDEC’s stronger heroes and EG used it well against them in the grand finals drafts. Nonetheless, CDEC at TI5 continues to be a hope for all underdog teams playing at TI.

EHOME placed a respectable 5th in the tournament after having struggled throughout the season and only having qualified via the Regional Qualifiers. They were the ones responsible for sending Secret down to the lower bracket, but against EG they went up against Aui’ Techies and the deadly Sumail who spared no mercy knocking the Chinese powerhouse down to the lower brackets. They were eliminated by Vici Gaming shortly after. 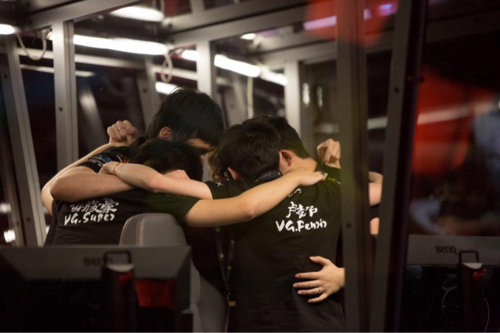 Vici Gaming themselves played some brilliant Dota placing fourth after a disastrous group stage that saw them start in the lower brackets. They eliminated Na’Vi and then faced C9 in an infamous series Bone7 draft a line up without a single stun in game 2 leading to a swift 2-0 by the Chinese side. After taking down EHOME, they would eventually fall to LGD Gaming in a closely contested series.

LGD may have been the best team in the group stages but were unable to go all the way, finishing in third place. After Sylar’s match winning performance against Empire in the winner bracket, LGD had no answers to CDEC’s play style. While they still managed to take down VP and then VG in the lower bracket, EG put an end to their run in the lower bracket finals with a monster performance by Aui_2000 in both games of the series.

EG ran amok in the playoff stages as teams found it hard to draft against them. In the first round, Aui showed the power of his 4-position Naga and teams realized that they would have to start banning it. In the series against EHOME, it was is Techies. With such heavy focus on the support player, Sumail always got his hands on his heroes and proceeded to straight up dominate games. However, their decision to  put Fear on Razor in both games against CDEC proved to be a blunder as CDEC used their stronger heroes to punish EG. Against LGD again it was Aui who shone on the Enigma and the Visage as the North American’s managed to set up their grudge match for the grand finals.

The grand finals saw EG take the series 3-1 as they completed their revenge for the winner’s bracket loss with a masterful display of strategy, execution and drafting. Having banned the Leshrac in both games during their loss, PPD let the hero go allowing CDEC to pick it up. The Chinese team played it in the support position and put Shiki on the QoP instead but EG dominated the game thanks to Aui’s Skywrath Mage who shut down both the PL and the QoP. In game 2 CDEC again picked up the hero, this time for Shiki on the mid lane. It was Aggressif however who reigned chaos onto EG and despite being overpowered, Shiki was just about average on the hero. CDEC won the game but EG had figured out a chink in their armour. Game 3 saw Shiki play the hero again but this time EG were prepared with Aui’s Skywrath Mage. EG had the late game in Sumail’s Ember and Fear’s Gyrocopter and they played it slow without getting caught out by Aggressif’s Slark. Post the 50-minute mark CDEC barely had any answers and it was EG wall the way from there. 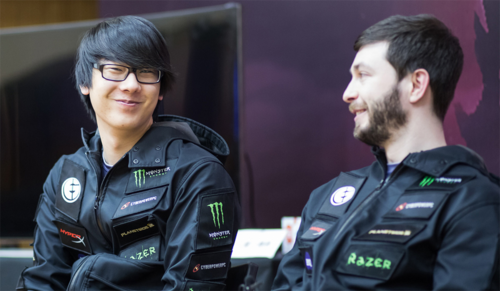 In the final game of the series, Sumail started snowballing on a hero that he had made famous, Storm Spirit. CDEC were on the back foot but a great pickoff allowed them to attempt Roshan. EG were having none of it as Universe and PPD pulled of a double ultimate combo to put an end to proceedings. The play later became known as the 6 million dollar echo slam and Tobi Wan’s high pitched ‘It’s a disastah’ call during the play is still used to this day. EG had opened up too big of a lead and with and Aegis in tow they never looked to be in any sort of trouble. CDEC were forced to call the game soon after and EG became the 5th TI champions in Dota 2 history.


What made TI5 so great to watch?


A lot of things make TI5 memorable but the primary one being the there was some great Dota at the event. 3 teams particularly are remembered for their out of the box play style. EG’s emphasis on Aui made life miserable for their opponents forcing them to first ban Naga Siren and Techies. This opened the doors for them to do a lot with their heroes, especially for Sumail. Aui himself had a far larger hero pool and wasn’t hurt a tiny bit by the bans. CDEC themselves showed a form of Chinese Dota that was unexpected, refreshing and took everyone by surprise. The third team was the Korean side, MVP Phoenix who showed us a truly entertaining form of in your face aggressive Dota. Their style involved running at you from minute 1 and sparing no quarter as March’s roar enveloped the enemy team and forced them to retreat in fear.

The other great memory from TI5 was the 10v10 All Star match which had Dendi being picked in the cheesiest way ever and of course the one true legend, 420 Bootywizard.