The TI curse - Will this be the year a player lifts the Aegis for the second time?

It’s been 7 magnificent TIs for Dota 2 and we’ve had a total of 35 different players who can brag about being a TI winner. This also means that no player has won the coveted title twice and unsurprisingly neither has the same org been able to pull off a double. Na’Vi has come the closest, playing 3 grand finals and winning 1. Newbee too has played 2 finals and won just one. We take a look at the players who are hoping to lift the Aegis twice and if an org can be the first to call themselves two time TI winners.


Four teams in the running for a second TI title


4 out of the 7 winning teams are in the running for a second Aegis with only Na’Vi, Alliance and Wings Gaming missing from TI8. Last year’s winners Team Liquid have been in fine form throughout the season, unlike most teams who won TIs and then went into a slump. A second place finish in the DPC season and the win at the last event, the China Dota 2 Supermajor practically makes them one of the favourites to lift the Aegis for the second time.

Also in the running are TI5 winners, Evil Geniuses who have had a rough season in the DPC. Not particularly the favourites they aren’t even the best team in NA now, but the addition of 3-time Major Champion Fly and TI winner s4 has given their chances a massive boost. 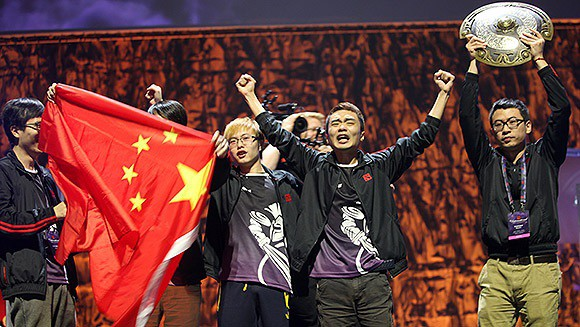 The other two teams who can pick up their second TI title are the two Chinese squads, Invictus Gaming and Newbee. 7 years of TI has seen alternate winners from the west and China which in theory should make it a Chinafavouredd TI. Newbee reached the grand finals last year but were outclassed by Team Liquid in what was the first ever whitewash in a TI grand final. It’s been a dry season for iG but the team rallied together in the Regional Qualifiers to make it to Vancouver. Truth be told, both of these teams are nowhere close to PSG.LGD, the number 1 seeded Chinese team but historically, Chinese teams have surprised us over the years at TI and many Dota fans remember Wings Gaming’s win at TI6 and CDEC’s miraculous run at TI5.


It’s been 8 long years since Dota 2 was released but players who played at TI1 still have the same passion and hunger that they had back then to win another TI. Winners from most years will all be there at TI8

When Na’Vi won TI1 back in 2011, it marked the start of something great. The Dota scene exploded, Na’Vi became a household name and Dota turned into much more than just a videogame.

The 5 players who were the first ever to lift the Aegis became Dota icons, legends and many of them are active in the community till this day. However, only 2 players from the winning team will be present in TI8 and only one can lift the Aegis as a player. And that man is Clement ‘Puppey’ Ivanov. Still regarded as one of the best captains in Dota 2, Puppey is now in charge of Team Secret, an organization that he partly owns. A fourth place finish in DPC 2017-18 gives them a good shot at winning TI8 but inconsistency has been a key reason for Secret’s losses this season. 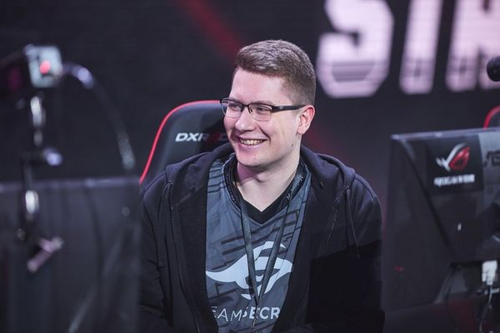 They have the individual talent and the experience to be able to go all the way but a big part of Team Secret abilities often come down to Puppey’s drafts and his ability to use his pawns correctly. While he indeed is one of the sharpest Dota minds out there, there have been times where an overly complicated approach or too much experimenting has cost Secret heavily. Nonetheless, Team Secret and Puppey both command the respect of many fans around the globe, a lot of them being ex-Na’Vi fans who jumped ship when their captain changed orgs. Lifting the Aegis for the second time in his life will be a monumental occasion for captain Puppey who has pretty much seen and done it all in Dota. Although it will be a hard ask against the likes of VP, Team Liquid and PSG.LGD, it certainly isn’t impossible.

Another player from that same Na’Vi side also can be a two time TI winner this year but it won’t be as a player. The then captain of the Na'Vi, Artstyle now calls the shots for Virtus.Pro as a coach and it is under his guidance that VP dominated the last season with 4 Major wins and 1 Minor win that cements their position as the top seed for TI8. Both Puppey and Artstyle have seen incredible highs and depressing lows in their Dota careers but the ability to persevere is what makes a true champion. Both players will have similar roles as well in terms of leadership, strategies and out drafting their opponents. However, the TI curse has bested even the greatest and it remains to be seen wether these two stalwarts of Dota are able to do the impossible.

TI2 saw Chinese teams run rampant as Invictus Gaming defeated Na’Vi in a convincing fashion in the grand finals. Most of his teammates have retired or gone inactive since then but as Corrie Ten Boom once said “Faith sees the invisible, believes the unbelievable, and receives the impossible”. She may not have been referring to Dota 2 but these exact qualities are the ones that allowed Faith to guide Newbee to a second place finish at TI7. While their form since then has dipped significantly it would be foolish of teams to not consider Newbee a major threat at TI8. The squad comprises of a mix of the newer crop of Chinese talent and more established names in the scene, all led by Faith. 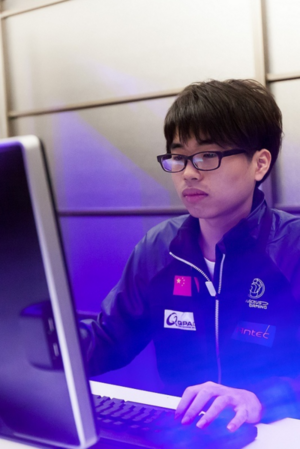 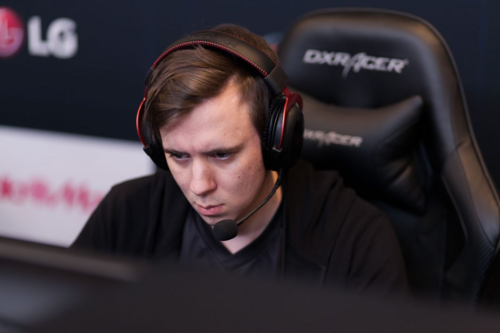 TI3 is considered one of the best TIs till date and one of the most iconic moments in Dota history is s4’s million dollar dream coil in game 5 of the TI3 grand finals against Na’Vi. Alliance’s win propelled them into Dota stardom but unfortunately, not many players from that roster have been able to keep up with Dota in recent years. The only exception is Gustav ‘s4’ Magnusson, one of the most versatile and capable Dota players we have ever seen.

Having played with star-studded rosters like Alliance, Secret, OG and finally EG, few players have seen success like s4. A struggling EG side finds their chances significantly bolstered by bringing in s4 from OG along with Fly. The Swedish Dota player made the switch from the mid lane to the offlane some time ago but his impact in games is higher than ever. A super consistent offlaner he may just be the solution that EG needed. Known for making tons of space for his cores and having been moulded into that play style since his Alliance days, s4 may finally be the missing piece that EG have been looking for. EG’s chances at TI8 are optimistic at best but the last minute roster change may have a surprise factor that many teams will be unprepared for.

Ask any Dota fan about TI4 and most will say it was one of the most boring TIs ever. And perhaps it was, who are we to say. But unfortunately, the hate seems to be all so real and no player from the Newbee roster that won TI4 will be playing at TI8. But a small ray of hope comes in the form of Sansheng who will be coaching his former team and hoping for a second victory for both himself and the org.

That same EG roster never ended up playing another game of Dota as Aui_2000 was soon kicked from the team. Bringing in Arteezy only caused more problems and after multiple roster shuffles and bad patches, much of the EG core that won TI5 ended up leaving. However, 3 of those players are still in line for another shot at the Aegis in 2018 as well as a 4th who will be a coach. 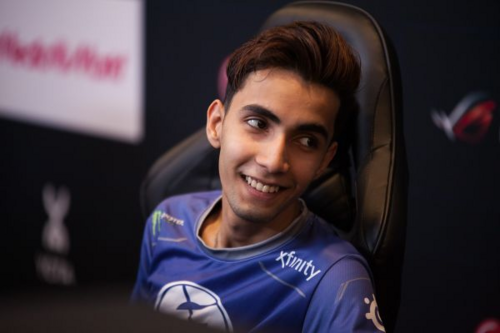 The bad boy of Dota 2, Sumail is one of Dota’s most established storylines. He has the skills, the smack talk and the immigrant backstory all of which make it so that you can either hate him or love him but you can’t ignore him. He hasn’t had the best of seasons but his return to the mid lane is something everyone is excited for. The self-proclaimed king of mid is hungrier than ever and is yearning for an opportunity to shut his haters down. With a resurgent EG line up, anything is possible.

Next up is Universe, widely regarded by many as one of the best offlaners Dota has seen. Consistent and dependable are the two words to best describe Universe but having done it all, his latest stint with SEA outfit Fnatic didn’t shape up to be the most consistent one. The DPC gave the team nothing to write home about and although they shone in the SEA Qualifiers nothing that the team has done makes them possible contenders for the TI title. It’s a hard ask to believe in Fnatic’s chances in TI8 and only the very foolish or the very brave will put their reputation on the line, but we are more than prepared to be pleasantly surprised. 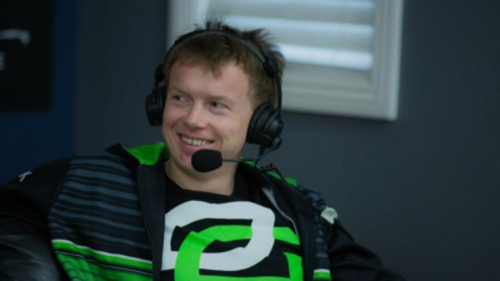 Last but not the least is Peter ‘ppd’ Dager another legendary captain in the Dota 2 scene. He currently is in charge of the OpTic Gaming Dota 2 side, which started peaking quite late into the season. With a crop of fresh talent for the Saltmaster General to manage, OpTic are widely regarded as one of the dark horses for TI8.

And finally is a player who hasn’t been seen playing competitively a whole lot in recent times, Aui_2000. He currently coaches the Fnatic team and along with Universe can become a two time TI winner.

And finally, we come to TI7. If any player has a good shot at lifting the Aegis twice, you better believe that the current squad of Liquid are the ones. Not only are they the defending champions, but a stellar run in the current DPC more than speaks volumes about the level of Dota that they bring to the table. They have stars in every position and literally, any one of their players can walk away with games on a good day. No TI winning team have been able to maintain their form the way Liquid has barring NaVi in the earlier versions and Team Liquid will be gunning for consecutive TI wins in Vancouver. 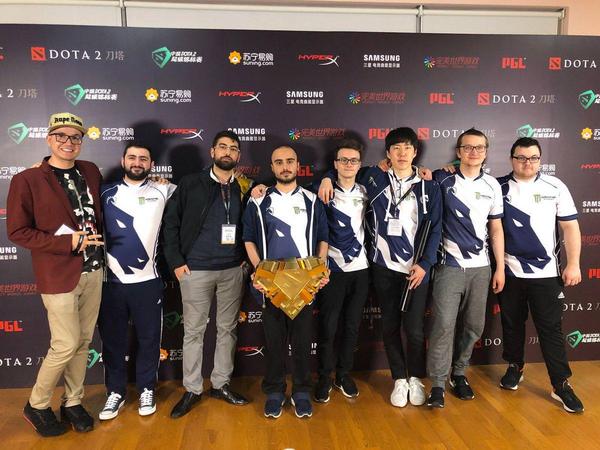 Unlike most teams who seem to lose their hunger after winning TI or get figured out or their strategies get patched out, Liquid has maintained their winning momentum. Not only do each of their players play a massive variety of heroes, the fact that each of them have signature heroes which also pose serious threats make TL a hard team to draft against. By far the most likely contenders for two Aegis’ this year, will TL be the first ones ever to hoist the Aegis for the second time?