21st, Oct, 2016
Hey guys! AFK Gaming is back with your favourite article to summarize all the happenings of the Dota 2 and CS:GO worlds over the past two weeks. Let’s take a quick look into what happened during this fortnight. 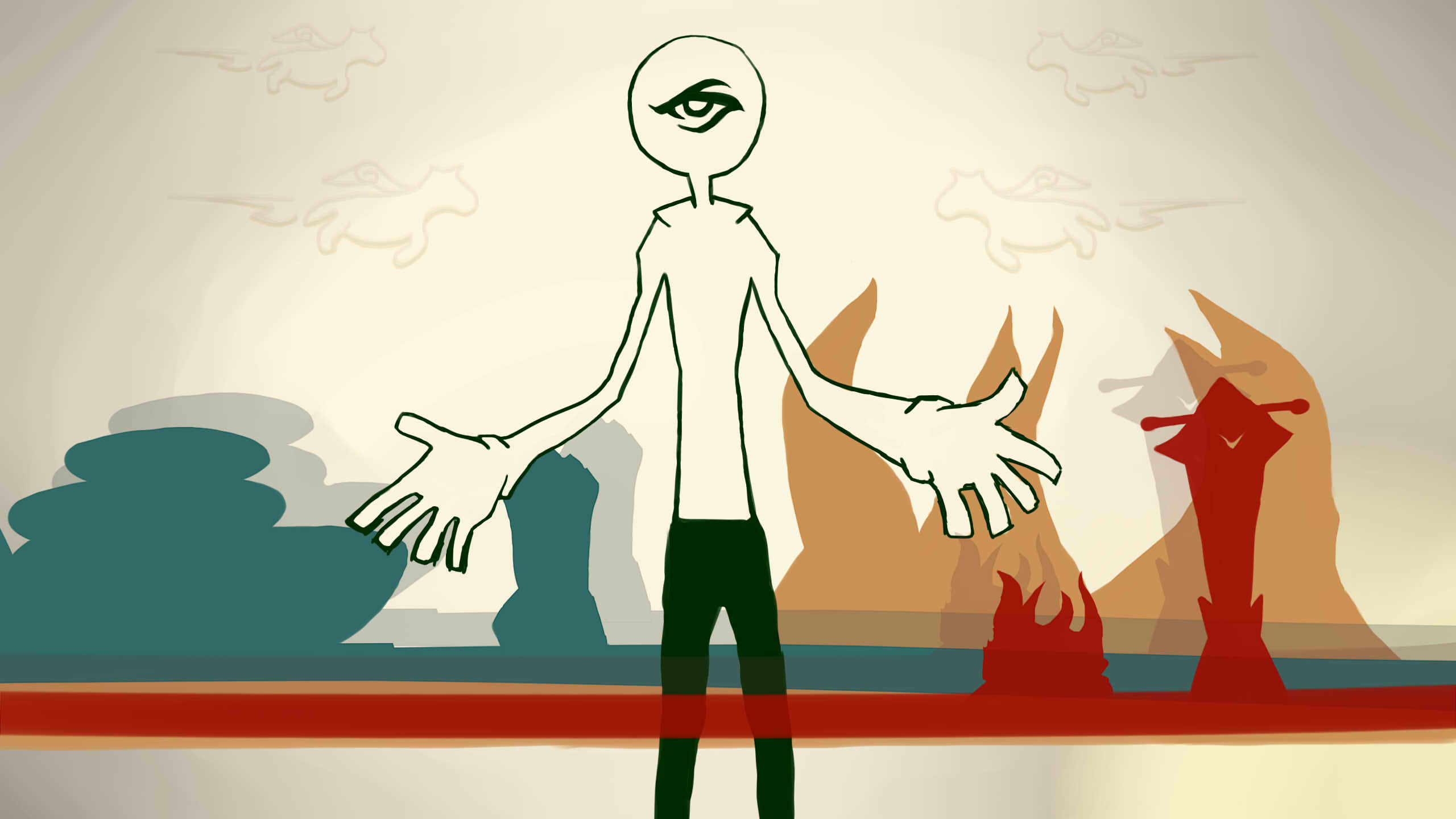 A drama of massive proportions broke out when EternaLEnVy blogged about why he left Team Secret and established Team NP. The blog contained massive accusations against Puppey and the team’s managing director Kemal Sadikoglu.

To Summarize EE's allegations are as follows :
1. Secret took a 10% pay cut from players, unbeknownst to them. Players were told there was a 0% cut from winnings. Only Puppey knew about it and agreed to it.

2. Secret took 50% of money received from Panda TV. The streaming service apparently offered envy an exclusive contract for $500k. However, Envy had the deal extended to his teammates as well for 1.25 Million Dollars + 250k in Donations for all his teammates provided they streamed a predetermined number of hours, however the deal fell apart halfway because Puppey did not fulfil his streaming obligations of 30 hours per month.

3. Kemal claimed that the 10% cut and sponsorship money went into tertiary expenses such as travel and salary for CyborgMatt, the manager of the team.

4. A salary in the 12-15k USD a month range was promised to the players initially. However no salary was paid.

5.  On more than one occasion, Puppey threatened his teammates with physical harm when they did not agree with his teammates. He has also refused to participate in scrims instead choosing to drink and play custom games

You can read the full blog here.

With Misery and W33ha backing up Envy, this blog prompted the entire Dota community to turn on Puppey. Memes were created and both the Team Secret brand and Puppey’s image amongst fans were dragged through the mud.

Team Secret has posted a response. I’d like to highlight one particular sentence from what seems like a very vague statement.

“We’d like to thank our sponsors starting with EGB for their continued support. We greatly appreciate their strong support of the Team Secret organization and their timely payments.”


Puppey posted his response after winning The Faceit invitational.

“I'm not getting into a war of words. Those that know me well know that I'm not that person described and that's good enough for me. What I do want you to know is that I love Dota and I won’t stop trying to become the best Dota player out there. I cherish my teammates who stayed with me. Despite the drama, we still played great scrims, talking about the game and having a lot of fun. It made me feel alive again. Thank you MP, Pieliedie, FoREv and MidOne.”

The Summit 6 featuring a $100,000 prize pool and set to take place in Los Angeles has finished its qualifiers. The Eight teams who will take part in this LAN are

The Invitees:
The Teams who will be joining them after they won their respective qualifiers are:

Let’s hope the Summit 6 is as entertaining as it’s previous iterations when it takes place from November 16th to November 20th.


Valve has announced that its first major of the new Dota 2 Season will take place at Wang Theatre in Boston, USA from December 7 – 10, 2016. It was a huge surprise for many of us who expected the first major to occur in either Europe or SEA.

Sixteen teams will battle it out over a four-day period to determine the winner of the $3,000,000 prize pool. Valve has also changed the format from the usual double elimination bracket to a single-elimination playoff bracket of BO3 matches, with a BO5 Grand Finals.

This week showed us some really exciting CS:GO action from across the country and the world. Lets recap the major highlights of this week: 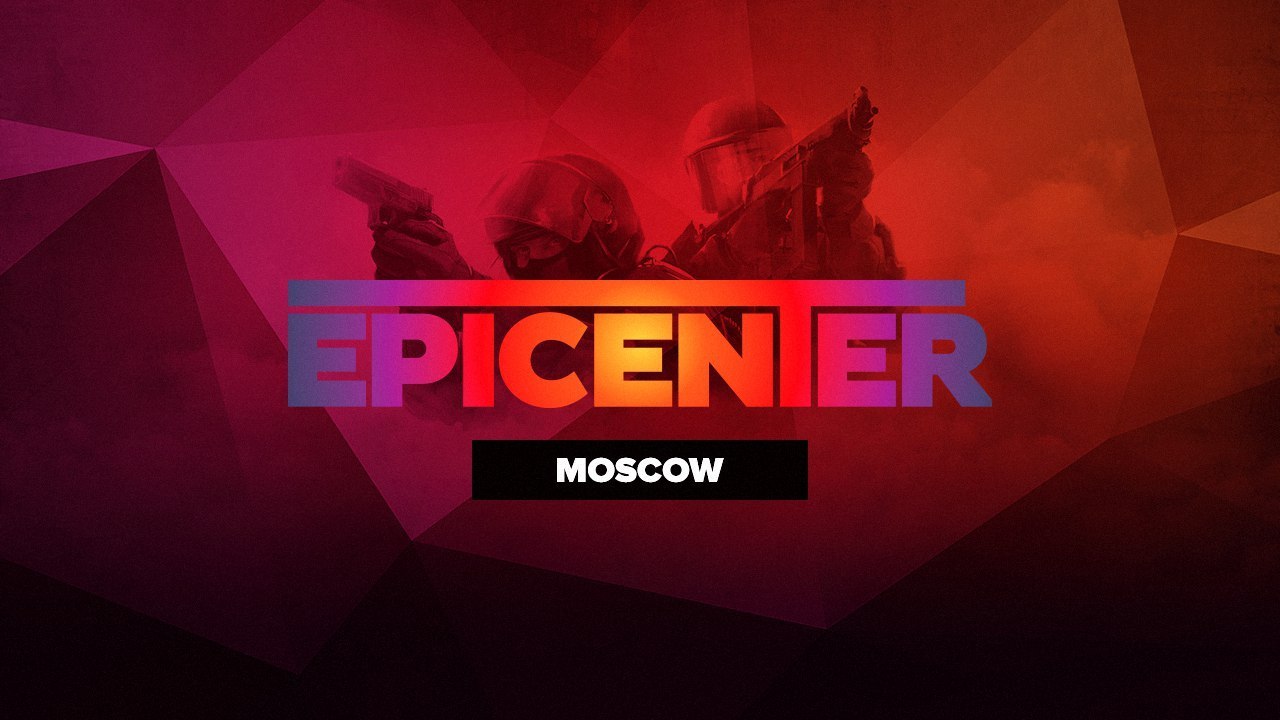 Image courtesy: epicenter.gg
EPICENTER Moscow’s group stage followed a rather unconventional forma - a best of two round robin from which the first teams advanced directly to the semi-finals, while the two teams who finished second and third secured a place in the quarter finals.

Group A unfolded the worst case scenario with each team securing 1 match on board. The final standings came down to total-round-difference in the four-way-tie. Natus Vincere finished first with +7 rounds, followed by G2 with +2 and dignitas third with +1. NiP was eliminated from the tournament after a -10 difference.

Group B was also full of surprises. Even though HellRaisers managed to take a map against fnatic and Virtus.Pro, they finished last due to a crushing defeat at the hands of SK Gaming. With two ties and a solid win over the Brazilians, Virtus.Pro advanced to the semi finals, leaving fnatic and SK for second and third place.

That means Virtus.Pro’s side of the bracket will see G2 facing SK. On the other side, Natus Vincere are waiting for the result of fnatic and dignitas.


The online portion of ESL Pro League Season 4 has concluded with the last teams battling it out for a slot in the LAN finals. After some hard fought matches, the top six teams were determined in both the European and North American region, forming our 12 finalists that will compete for the lion’s share of the $750,000 prize pool in Brazil. The groups are as follows – 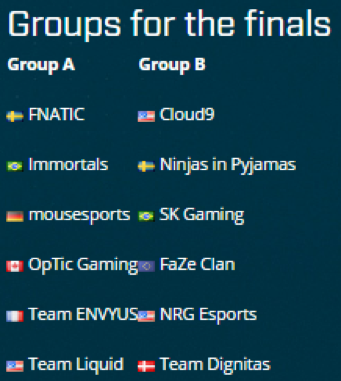 
This tournament will see Asia’s top 8 up-and-coming CS:GO teams fight in a LAN event for $50,000 prize pool and two slots in the offline qualifiers for the next CS:GO Major.

Team Renegades from Australia and Tyloo from China received a direct invite while the rest of the 6 teams qualified from their respective regional qualifers.

The tournament had 5 regional qualifers – East Asia, South-East Asia, India & Middle-East, Oecania and China qualifier. The winner from each regional qualifier will qualify for the PGL Asia Minor LAN to take place in Malaysia at the end October.

We saw MVP.Project beat TheMongolz to qualify from the East-Asia qualifier.

VG.CyberZen triumphed in the China qualifier and BOT beat RvN to qualify from the India & Middle East qualifier. As a matter of fact, the two favourite Indian teams, Entity.Blue, Entity.Gold suffered defeat at the hands of BOT in the India & Middle-Eastern qualifier.