?The Prime NND secure a berth at the China Supermajor: SEA Qualifiers

14th, Apr, 2018
Indonesian team, The Prime NND have finally earned their place in The China Supermajor – SEA Qualifiers after winning their Grand Final matchup against Ana and Forev’s Echo Poggers in the SEA Open qualifier.

They had a strong run through the best-of-three Playoff Bracket, not dropping a single game throughout the course of the entire qualifier. 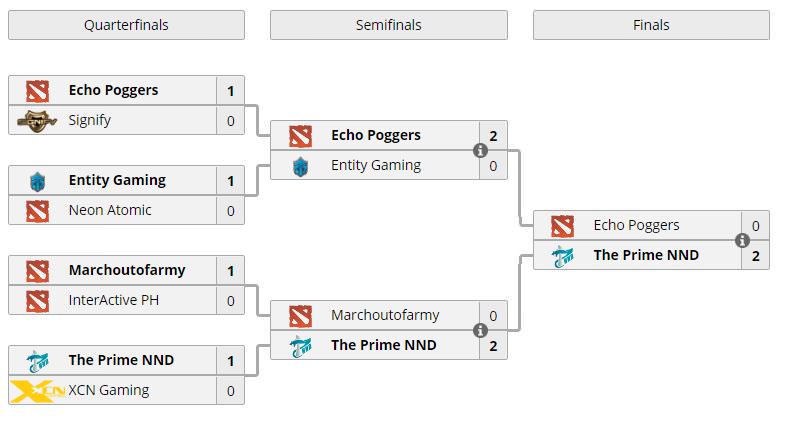 The Prime NND prevailed over several of the finest teams from the SEA region (including TNC Tigers, Entity Gaming, Echo International, etc) to grab this slot at the regional qualifiers. KelThuzard, inYourdreaM, Panda, Varizh and Nafari were all in fine form as they took on and beat team after team to make it to the regional qualifiers.

With this, they join an intensely-competitive list of teams competiong in the SEA regionals, including teams like TNC Predator, Fnatic, BOOM ID and Geek Fam who have all been directly invited to the qualifiers.

Further details of the SEA regional qualifiers are yet to be released by Perfect World.