The MPGL: Regular Season has finally kicked off

The long-awaited MPGL kicked off and started their regular season this week with the first two rounds of Mineski Event Team’s premier event. The MPGL Asian Championship will pit up-and-coming Dota 2 squads from Indonesia, Malaysia, Thailand, Vietnam, Philippines, India, Australia, Cambodia, Singapore, Myanmar, and Laos for the official start of its regular season.

Since the tournament is happening for the first time since 2016, fans from all over SEA tuned in to watch with anticipation.

The MPGL regular season is split up into two groups, with each group consisting of 8 teams.

Week 1 of the MPGL: Regular Season has already come to a close, with TaskUs Titans, and BOOM ID leading the charge in Group A with 5 points each. Signify have been largely disappointing with 2 back-to-back losses to BOOM ID and TaskUs Titans; however, they appear to have got their groove back after a tie against Vietnamese team MEGA Aorus.

Group B, on the other hand, sees Neon Atomic in the lead with 4 points after two victories. Almost all the other teams have only played a single game. It is going to be exciting to see this group shape up. 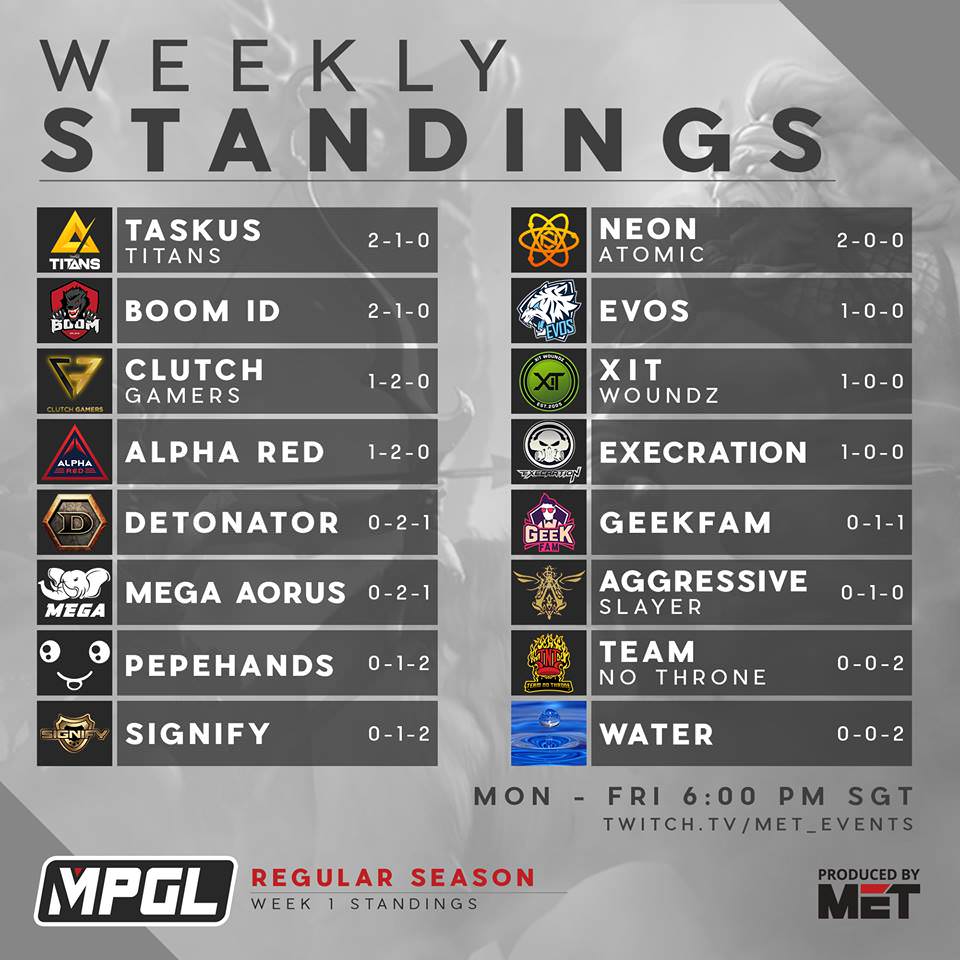 You can watch the games at http://twitch.tv/met_esports

At the end of the Group Stages, the top seeds of groups A and B both advance to the Grand Finals. Another team from the regular season will also join them by virtue of the playoffs. MET has not released any other information about, other than the fact that all the games will be BO3 matchups. Those three teams will compete against the best that SEA has to offer in the MPGL Grand Finals where they stand to win $100,000 in prize money.