The King slays the Bears: EG eliminate VP from TI8

The DPC Champions and number 1 seeded TI8 team Virtus Pro have been eliminated from TI8 as EG moved onto the loser bracket semifinals with a resounding win. VP’s brilliant season comes to an end and the 4-time Major winners will take 5th place at TI8, making it a disappointing finish to their otherwise brilliant season. For King Sumail and EG, it was a show of power and dominance as the team have impressed everyone at TI8 and continue their journey in the loser bracket.


For the umpteenth time in his Dota career, Sumail stepped up on his Storm Spirit, delivering masterclass performance as VP’ draft ran out of steam. A 12/1/9 performance from Sumail set up EG for a comfortable victory as they used his hero to get safe kills on Sumail, using Global Silence to cover his retreat. With enough Bloodstone charges, Sumail became unstoppable and EG used their net worth lead as well as their pushing power to force out the gg.


Sumail already mentioned in an earlier interview with Kaci about how much the money from winning means to him and he showed that in game as well, he is all about the money. Playing an Alchemist, he riced his way to a 930 gpm game as EG eliminated the tournament favorites from the competition. Despite a poor laning phase, Sumail picked up a 15-minute Radiance and there was little that VP could do from that point onwards as he exploded in terms of farm, making it really difficult for the VP heroes to keep up. VP’s aggression was punished by EG’s teamfight involving a Venomancer and a Lich and once they had received their Aghanims fro m Alch, the game was pretty much over. Despite Ramzes’s best efforts, the 25k networth deficit was too large for VP to overcome and they never had the heroes to take the game late and tapped out after 45 minutes of play. 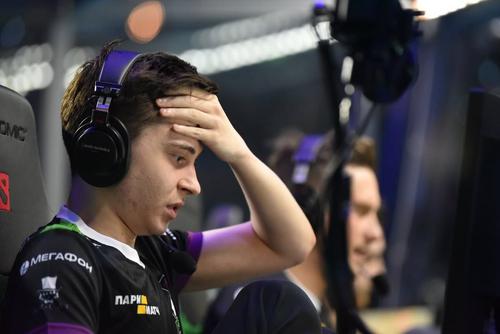 EG deliver a strong message to their haters and any doubts of choking after their close series against OG has now been put to rest after a show of absolute brilliance against one of the strongest teams in the competition, VP.