After nearly nine months since the previous one expired, weeks of fervid anticipation and over 24 hours of post-teaser anxiety, the next edition of the International 2019 Battle Pass is here.

The Battle Pass gives fans an opportunity to fund the biggest esports tournament in the world. Last year, fans pushed up the prize pool of The International from the base of $1.6 million to a whopping ~$25.5 million.

In return, fans receive a slew of cosmetic items, exclusive features, an Axe who dunks people with his bare hands, a younger Invoker and more new additions.

While most Dota 2 fans are already probably glancing at their credit cards and pondering over the Hats vs Food debate, we’ll run down a list of the coolest new things introduced in this year’s Battle pass.

This year’s custom game mode has been titled as the ‘Wrath of the Mo’Rokai’.

“The Mo'rokai—two mythic beasts of yore, dormant for ages—have been roused from slumber, stirred by the battle of the Ancients. As the Mo'rokai reclaim their strength, they'll join the march upon the enemy Ancient, eager to battle anything in their way.”

It looks like this game mode will be similar to the ‘Year Beast’ events from 2015. 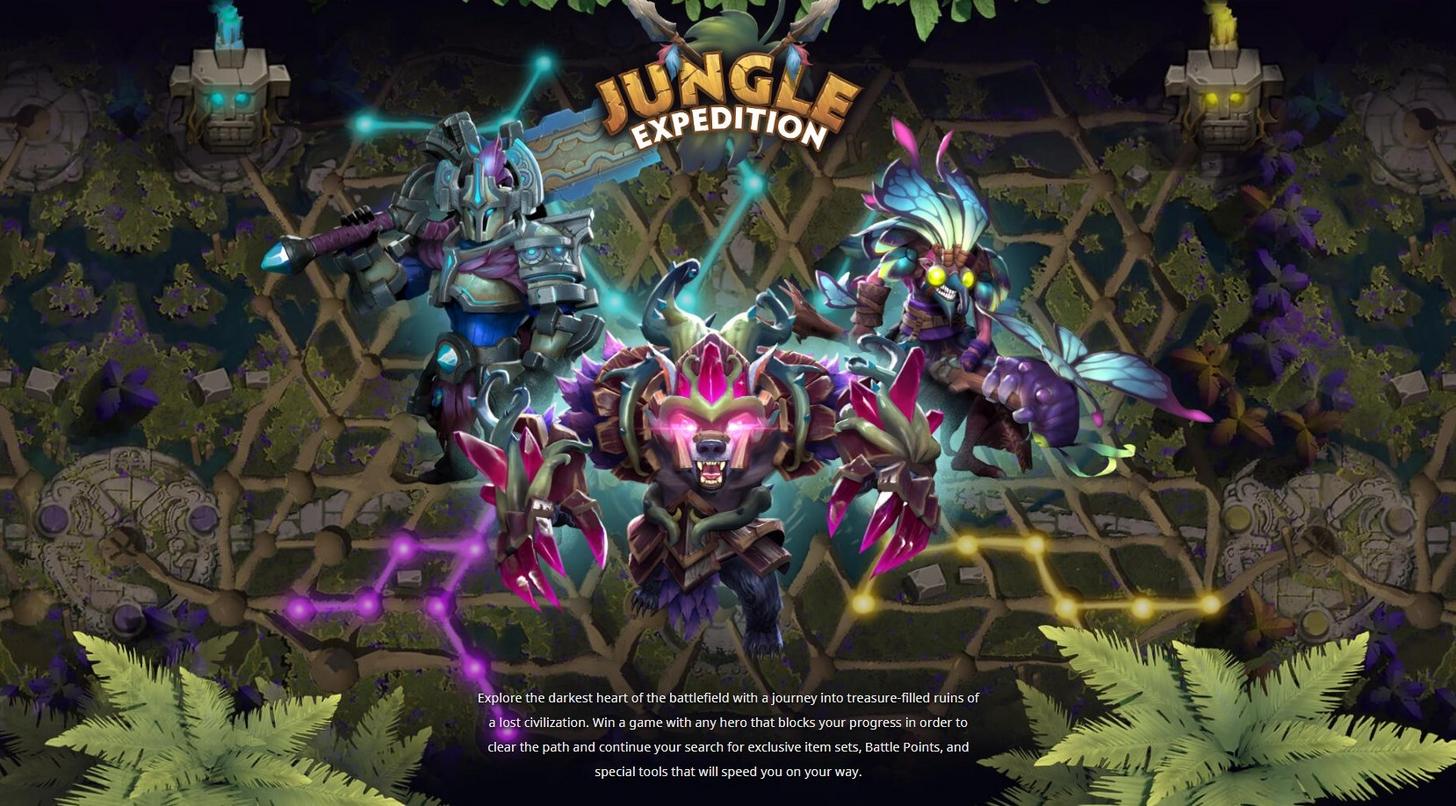 Jungle Expedition replaces the Cavern Crawl from last year, keeping up with the new theme. However, the maze looks much more complex this season. Once you reach the end of the maze, you can unlock sets for three heroes:


Earthshaker Arcana, Tiny Prestige Item, A Child Invoker and Axe without an axe

This year, it looks like Valve has gone above and beyond with the number of exclusive high-quality sets they’re shipping with this Battle Pass.

An Earthshaker arcana, Planetfall a celestial-themed set with all new voice lines, lore, and custom effects unlocks at level 365 of this year’s Battle Pass.

Along with that, the annual prestige item featuring a Tiny Immortal unlocks at level 255 of the Battlepass.

A brand new item called 'Hero Persona' has also been shipped along with this Battlepass. Featuring Invoker as a kid, this item is as cute as its unique featuring all-new models, animations, and voice lines.

But wait, there’s more... Valve has also decided to ship an Axe item which is quite possibly the best addition in this year’s Battle Pass. Axe is left without a weapon so he spins and dunks everything barehanded. It’s downright hilarious and absolutely badass simultaneously.

We’ve so many posts on r/dota2 asking for a feature where they can choose to not matchup with someone particular. It finally looks like Valve has finally decided to implement that in matchmaking. Certain players can now be avoided and will not match with you again. Goodbye toxicity!

Besides these features, we also have plenty of other new features like Living Towers, High Five, Avatar Banner, and Party Finder as well as returning features like the Caster Voicelines, Taunts and of course, the Immortal Treasures.

Along with all of the above editions, the crux of the Battlepass – The Compendium will also return featuring tournament predictions, playing the Fantasy Challenge using player cards, predicting the playoff bracket of TI9 and how it will go, and more.

Most importantly, however, the TI9 Battle Pass will once again contribute 25 percent of all sales to the tournament's prize pool. At the time of writing, the pot has already surpassed $4 million in record time.

4 MILLION -- In a little over 6 hours. Which is insane considering we hit the same at around 11 hours last year which itself was a HUGE leap over the previous year. It's gonna a long ride. #TI9 pic.twitter.com/v6r08jLYWP