The first three phases of the largest e-sports event in history have concluded as only the top 8 teams remain in the Main Event.

Hearts were broken, dreams were crushed, champions were eliminated, rats were exterminated and many many rares were lost in what has turned out to be one the most chaotic and unpredictable playoff phases that The International has ever witnessed.

Phase One - 3 Teams are Eliminated

Team Liquid reigned supreme in phase one as they snagged a 2 - 0 win over the tournament underdogs from South Korea Team MVP.Phoenix. 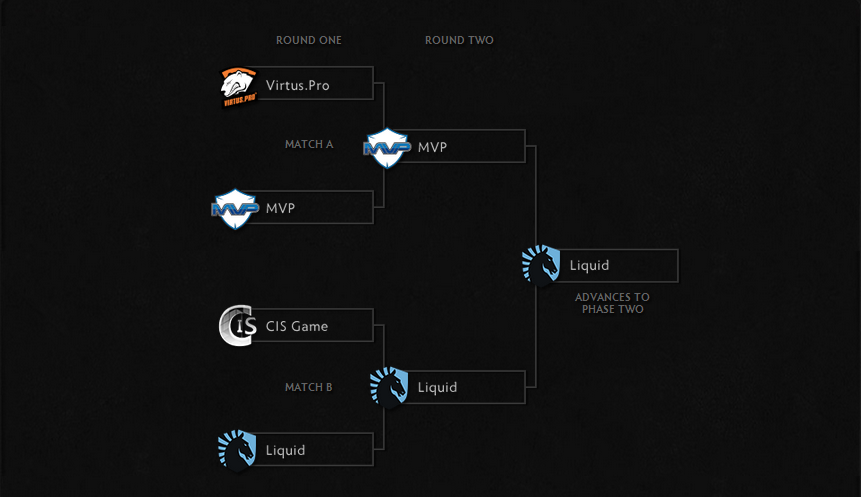 Both CIS Game and Virtus.Pro lost in their first matches and speculations are ripe that Virtus.Pro are on the verge of disbanding.

16 teams now remain. Each team plays against the other 15 once in a best of one format. At the end of the phase :

It comes as a huge surprise to almost all that last year's champions - The Alliance have made a swift exit from this year's International in phase two after losing their last game in the playoffs to Evil Geniuses.

The final two slots for phase three came down to a Tie Breaker between Mousesports, LGD and Newbee of which the latter two emerged victorius.

To summarize - Alliance, Fnatic, Empire, Mousesports, Na'Vi.US and Arrow Gaming will not be a part of the main event at TI 4.

The last phase of the playoffs consisted of two brackets with four teams each.

One team from each bracket was to be eliminated while the remaining spots were used to determine the seeds at the main event.

Team Liquid is eliminated from the competition as they fall to LGD two to nothing in the first game of phase three.

LGD moves on to lose to Cloud9 in a best of three series that went the distance.

Finally, Team DK who seem to have found their groove dismantle Cloud9 two to nothing.

DK moves on to the upper bracket of the main event while C9 and LGD will start from the lower bracket. 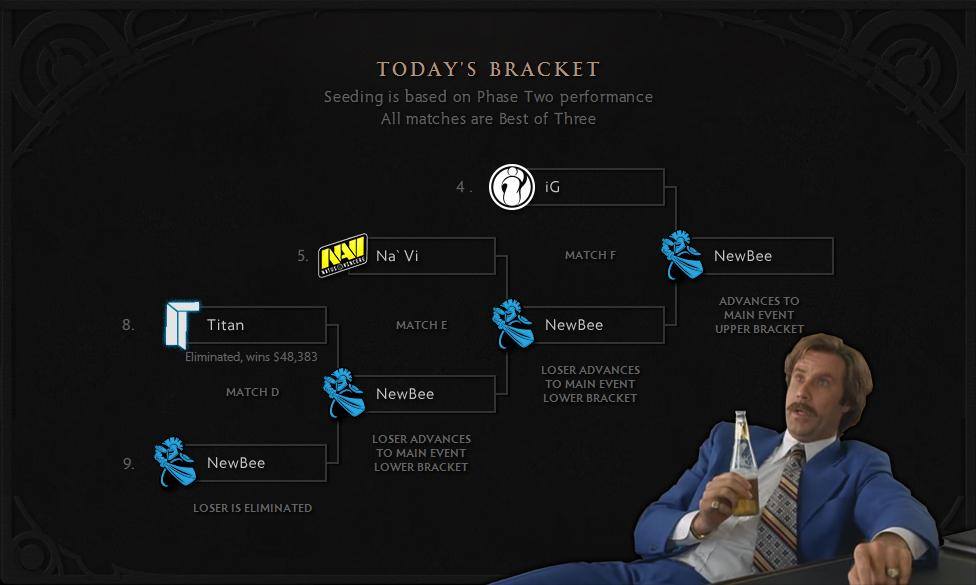 The last hope of South East Asia - Team Titan are eliminated at the hands of Newbee, however they did manage to take a game off the Chinese team before being annhilated in game 3.

Newbee then went on to crush Na'Vi two to nothing thus getting sweet revenge for their loss during Phase two.

Finally, Newbee regained their title as one of the favourites in the competition after beating Invictus Gaming two to one. A commendable feat by Team Newbee - the team that was one tie breaker match away from being knocked out of the tournament in phase two is now in the upper bracket of the Main Event.

Both former champions Na'Vi and iG will start the Main Event from the lower bracket.

Only the best eight of the best Dota 2 teams in the world remain at the main event of The International 4.

Teams will battle it out in a double elimination, best of three format at KeyArena Seattle Center over a period of four days for a prize pool that now stands in excess of 10.7 million U.S. Dollars.

All times mentioned below are in Indian Standard Time (IST). 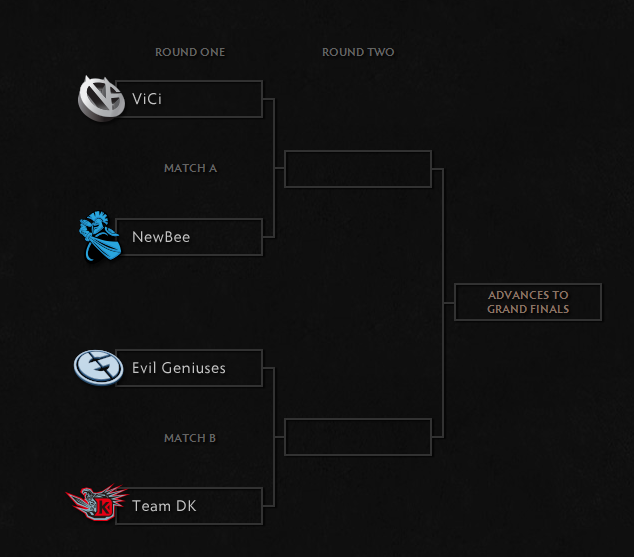 The final phase of TI 4 begins with the upper bracket. The first game of the tournament will be an all Chinese showdown between Vici Gaming and Newbee followed by North America's hope Evil Geniuses going up against tournament favourites Team DK.

The winner of the upper bracket secures a slot in the grand finals while losing teams will drop down to the lower bracket to face advancing teams one at a time.

All upper bracket matches will be concluded on day one itself. 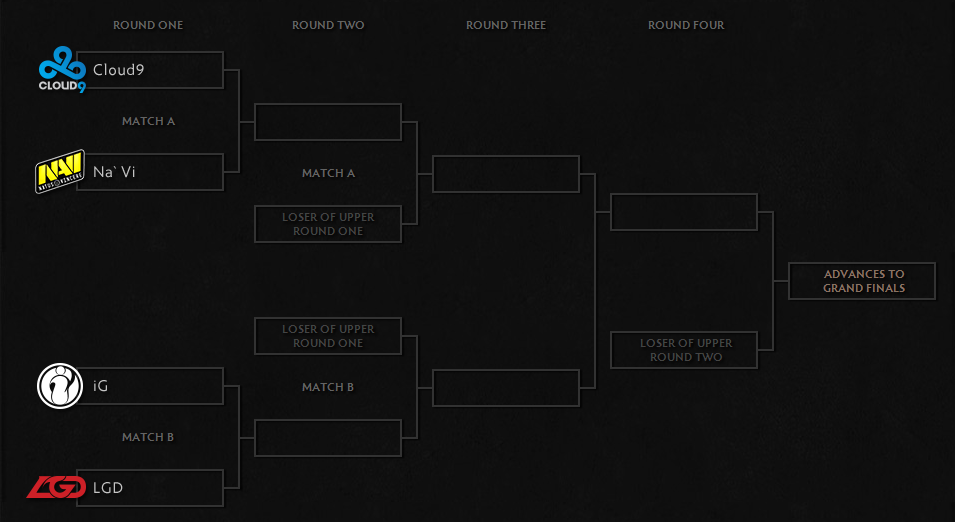 Lower bracket matches will take place over a period of two days. Teams will phase of against each other in a best of three format. Losing teams are eliminated from the tournament while the winners progress through the bracket.

The first game of the day will be between the first ever champions of The Internaional - Natus Vincere and Cloud9. Both these teams are heavy fan favourites and many will be dissappinted to know that atleast one of these teams will be eliminated at the end of the match.

Meanwhile, Invictus Gaming, the team considered to be one of the strongest at the tournament will go up against their Chinese compadres LGD in the second game of the day.

The lower bracket of The International 4 truly is a testament to the age old saying - 'Survival of the fittest'.

Teams that lose in the upper bracket will move down to the lower bracket to play against the winner of the above mentioned matches. Matches will progress until only one team remains who will then progress to the grand finals. 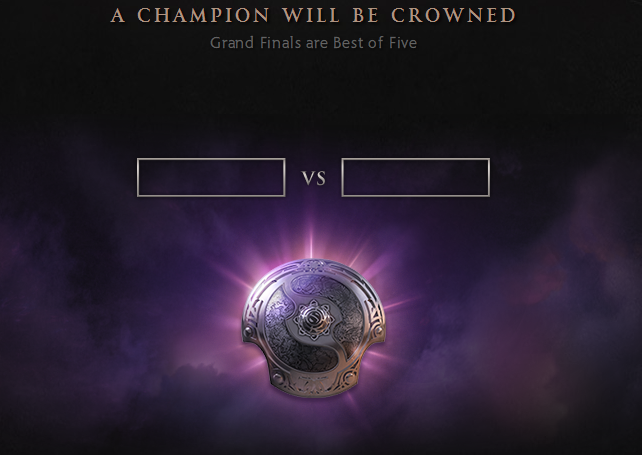 The Grand Finals of the largest e-sports event till date will be played in a best of five format on Day 4.

The winning team will take home close to 5 million USD along with the Aegis of Champions while the runner up will receive around 1.5 million USD.

The whole world is going to be watching. Are you?