The Fall Season Finale is Here!!

12th, Oct, 2017
The ESL India Premiership – Fall Season Finale kicks off tomorrow in Hyderabad with ?15,37,000 up for grabs for the 14 finalists. The opening day is played behind closed doors, with Saturday and Sunday’s games taking place at the Hitex Exhibition Center, Hyderabad. The event features many of the India’s best teams and will provide for several intriguing matches.

Every single one of these teams have been playing in numerous events throughout the past few months ever since the 2nd Season of the ESL India Premiership 2017 started back in early June. They have made it to this stage after a grueling season featuring a multitude of intense matches.

The stage is set for the 2nd LAN Finale of this season. Here is a short preview of what could be one of the best LANs of this year. 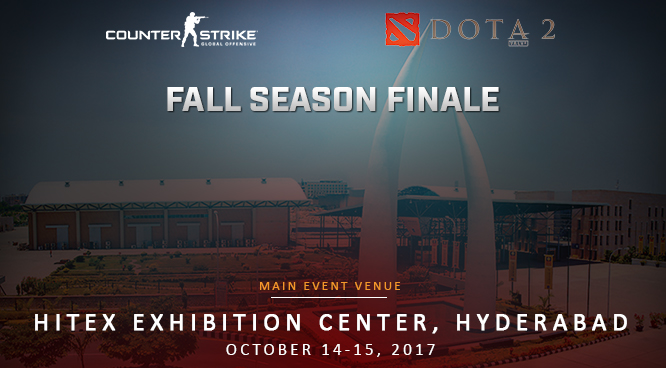 The main event of the ESL India Premiership 2017 – Fall Season Finale will take place on the 14th and 15th of October at The Hitex Exhibition Center, Hyderabad.

7 Teams from each Esport (CS:GO and Dota 2) will be vying for the Lion’s Share of a whopping INR 15.37 Lakhs Prizepool, the high stakes should make for some great games.

The winners of the CS:GO and Dota 2 tournaments will each take home a cool 3.5 Lakh rupees, while the runner-up will end up with 1.5 Lakh rupees each. All the other 10 teams will be walking away with INR 35,000 Rupees, regardless of their finish, making it imperative to reach the Grand Finals.

The format for the event has also been announced. The 8 teams will face off in Double Elimination brackets all the way up until the Grand Finals; which will also be a BO3 series. This guarantees that all competitors will play at least twice and approximately three quarters will play three games or more which is great news for the fans.


Here are your teams taking part in this event:

Dota 2:
CS:GO
With the intensity of the competition that these teams bring to the table, we are obligated to take a closer look at the top contenders for the title.

In the Indian Dota 2 scene, one team stands head-and-shoulders above every other team. Signify are the undisputed front-runners of our region ever since Entity Gaming shifted their base to Manila.

You are not supposed to win every tournament you enter, of course, but Signify defies that notion. Since their inception, Team Signify, haven’t lost a single tournament they’ve entered.

Signify is headed by none other than Owa; the calm and collected captain remains a very stable drafter and player. Bringing to the table a wealth of competitive experience (He was one of the select few invited to the first ever International), he appears to be the unsung hero of the team. On the other side, we have his supporting partner, No_Chanc3, who is every bit as capable as the former. They are arguably one of the best support duos in the scene right now, with a near-perfect balance of solid position 5 and flashy position 4. Add to that the stability in xRag as a very suitable position 3 player, both in his playstyle and his role, the team has a very strong supporting cast. Crowley and BlizzarD round up the team offering 2 players with seemingly vast hero pools.

They are a team with solid early-mid game control and reliable late-game prowess, it’s hard to find a fault in their all-rounded strategies. It will take a miracle to knock Signify of their stride in Hyderabad. 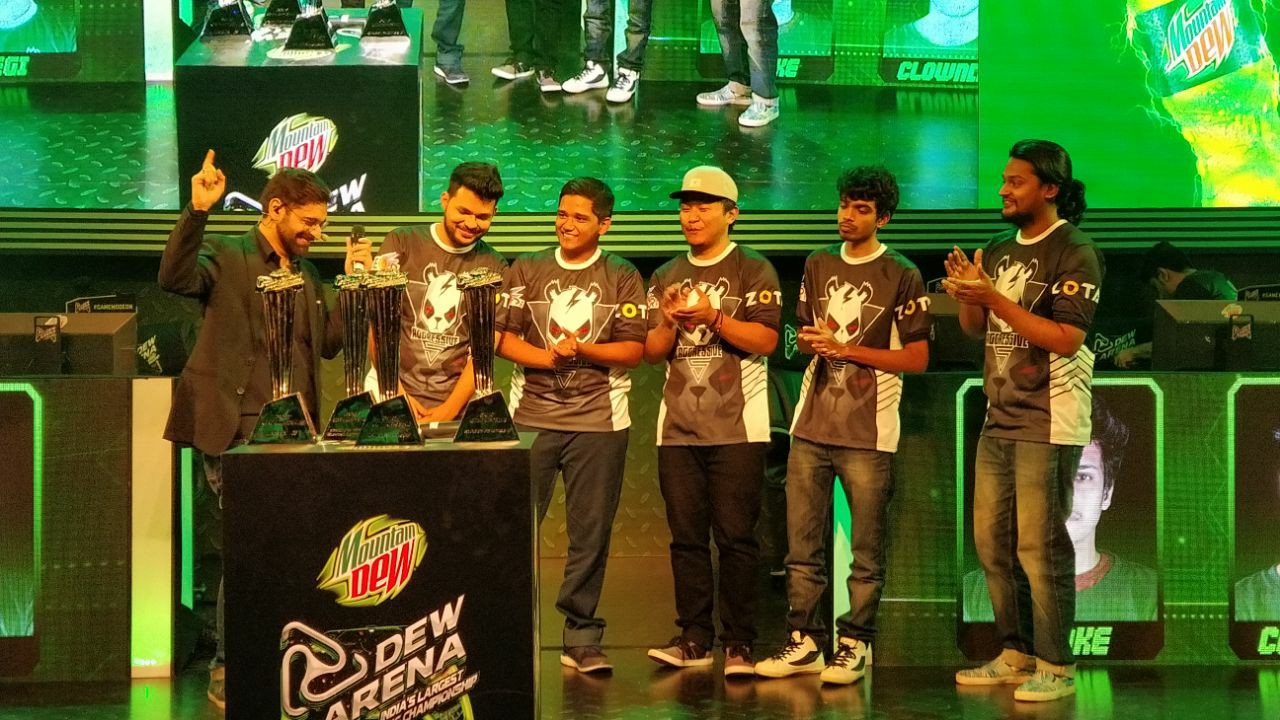 The other favorites for this event, Aggressive 5 come in looking strong off the back of a much-needed victory at the Dew Arena 2.0. Seemingly having choked at the RoG Masters – South Asian Finals, they quickly pulled themselves back to the ground and delivered some sensational performances in the 2nd edition of the Dew Arena with their infamous green hero strats, to say the least.

A diverse support duo in PasoL and Pinkman, both players are adept at the heroes they play. With PasoL taking on the 5 role, Pinkman freely makes solid early game rotations, securing the lane for Padling. Perhaps the most consistent player on the team, Negi plays the carry. He often ends playing in the safe-lane with almost no help from his supports; yet, he manages to break even when he comes out of the laning phase. Their offlaner, A35 has been playing out of his mind over the past couple of months delivering initiation upon initiation time after time whether it’s on his signature Batrider or Legion or a Dark Seer, he delivers. Padling rounds up the roster with his repertoire of flashy plays and stable yet thorough dismantling of foes.

Often placing Padling at the forefront of their strategies, the team play a very aggressive mid-game focused style, which relies upon securing a good early game and taking objectives step by step. However, what truly stands out for the team is their brilliant teamfighting and coordination. They will need to make full use of them both to secure victory at the LAN.

Our only foreign team attending the event, Akatsuki come to India with much to prove.

They come from a rising Nepal region, a region full of talent and reckless Dota. Their run in the Fall season has been pretty impressive for this roster; Finishing 4th at the end of phase 3 above teams like Buriza, XrG and Team Turtles.

The current roster is composed of some fairly less known players such as Itachi and See your Self, but some other names like Madara and Dreamy you might have heard before. This squad has been improving its performance since the beginning of the year, positioning them as a decent team but they still lack the results to place them as a real contender for a tier-one spot. 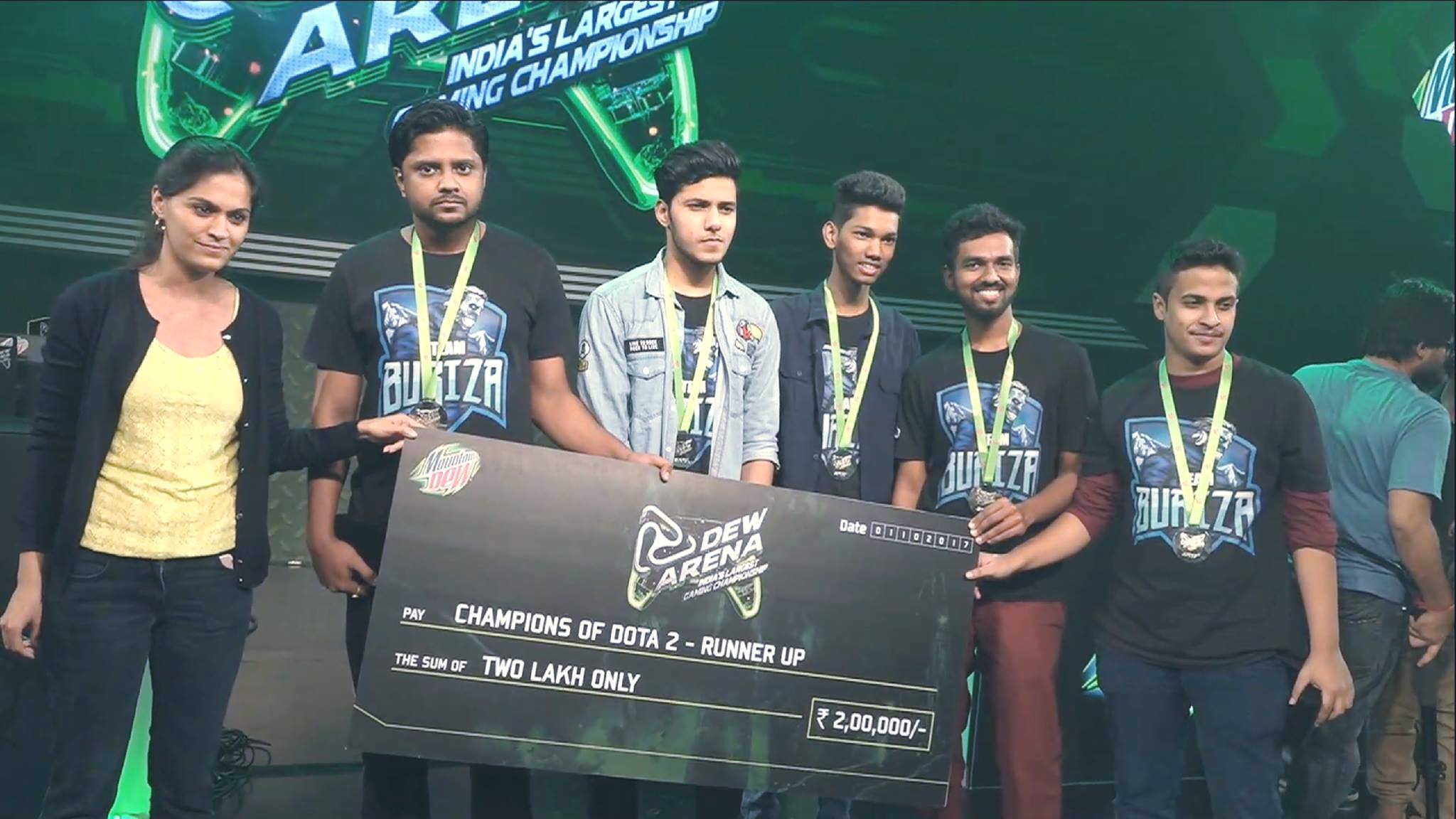 Team Buriza has never looked finer, stronger, and more ready to win a LAN than before. Here in Hyderabad, the crowd will be behind them after they came so close, in the Dew Arena, unable to close out the Grand Finals against Aggressive 5.

The exciting duo of ClownK and Ramzes appear to offer a stable core for the team to fall back on at all times, which is kind of ironic as their playstyle is everything but stable. Previous patches haven’t been favoring this as the team seemingly failed to mesh.

But in the Dew Arena 2.0, things began going their way and Buriza finally seemed to have figured out a favorable playstyle for the team, allowing both cores to amass vast net worth game after game. The team is less rigid in terms of farm distribution compared to other teams, allowing both supports to get some measure of farm and stay relevant. With their level of individual skill and wealth of experience, Helm and Zap tend to make key early game rotations, mostly to shut down enemy cores and protect ClownK from heavy and frequent ganking. Completing the lineup is Pulse, the offlaner exhibiting great game knowledge in playing his role. In spite of a general lack of flashy plays in contrast with other offlaners such as A35 and xRag, he tends to play a very stable and flexible style, often playing slightly more farm-heavy offlaners, again pointing to the greedy style of the team.

With a farm-focused playstyle and solid early-mid game performances, the team seems to have few chinks in their armor besides choking. If they can deal with that, they could go far. 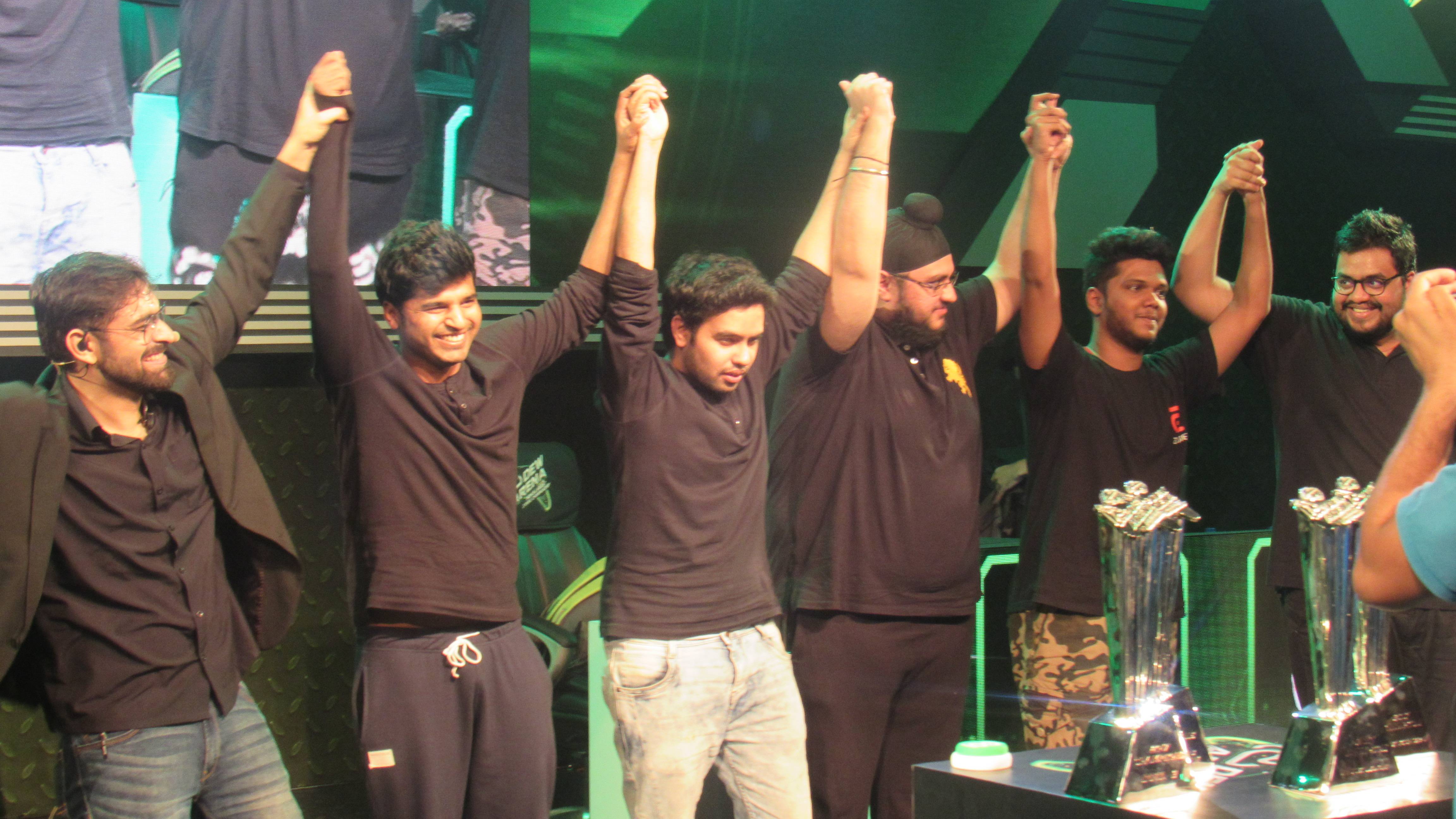 They are the masters of the Indian CS:GO scene at the moment. Ever since their storied run at the ROG Masters – South Asian FInals, and with no Risky Gaming to halt them in their tracks, Entity Gaming have seized control and stamped themselves firmly as the number one team in the scene. Coming hot off of wins at Dew Arena 2.0 and the Zowie Extremeslands Asia – India Qualifier, Entity Gaming should have very little trouble disposing off their enemies in this tournament.

Ace’s in-game leading has not faltered one bit, astarRRRR is still pulling out superstar performances ever so often, and the trio of Huntr, Excali, and ribbiZ are still hitting their shots and making big plays. Make no doubt; this team is the toughest team to face. As shown when playing against Shooting Monkeys at Dew Arena 2.0 and against TradeMarc Gaming at the Zowie Extremeslands Asia – India Qualifier, Entity Gaming will not lose. It’s not a matter of having the best aimers nor having the best tactics/most diverse playbook, it’s a matter of having the winning mentality.

That said, Anything less than first place will be an upset for Entity. They should be able to take clean wins against every team, in every stage of this tournament. 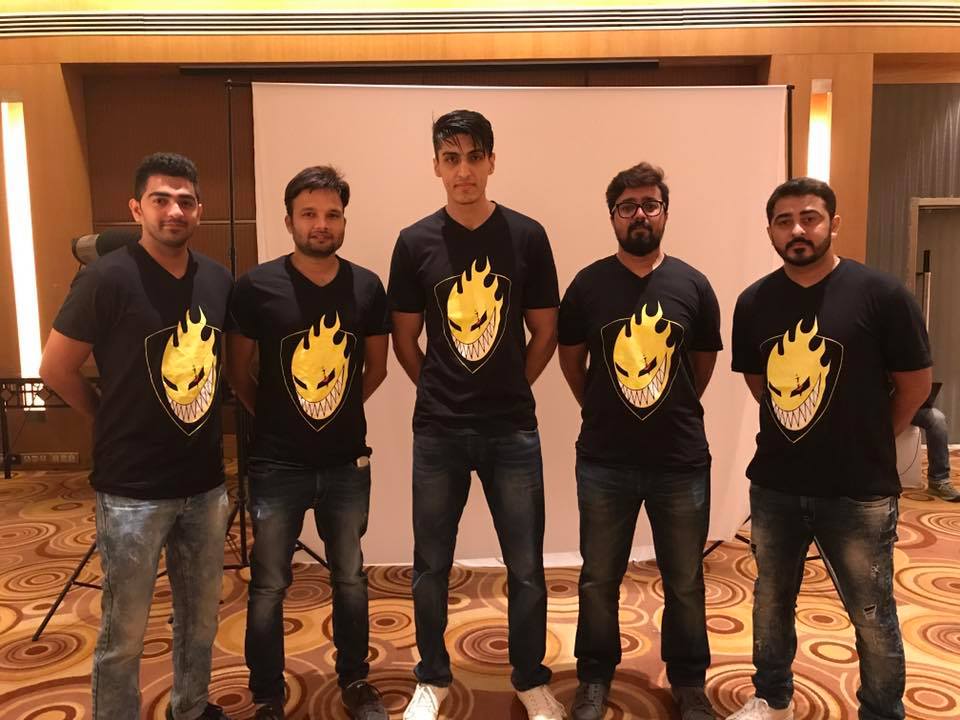 Brutality have a lot to prove to themselves and to their fans that they still got what it takes to compete at the highest level. Their past couple months have seen them meddling amongst a lot of middle tier teams, finishing last place in the Dew Arena 2.0.

While pure talent alone can make them stay at the highest tiers, is that enough? When competing against the best that India has to offer, against Entity Gaming? They have not had any notable wins against the very best in a very long time.

This week will be the watershed moment for the veteran team. Can they escape their shell of mediocrity and ascend into glory? 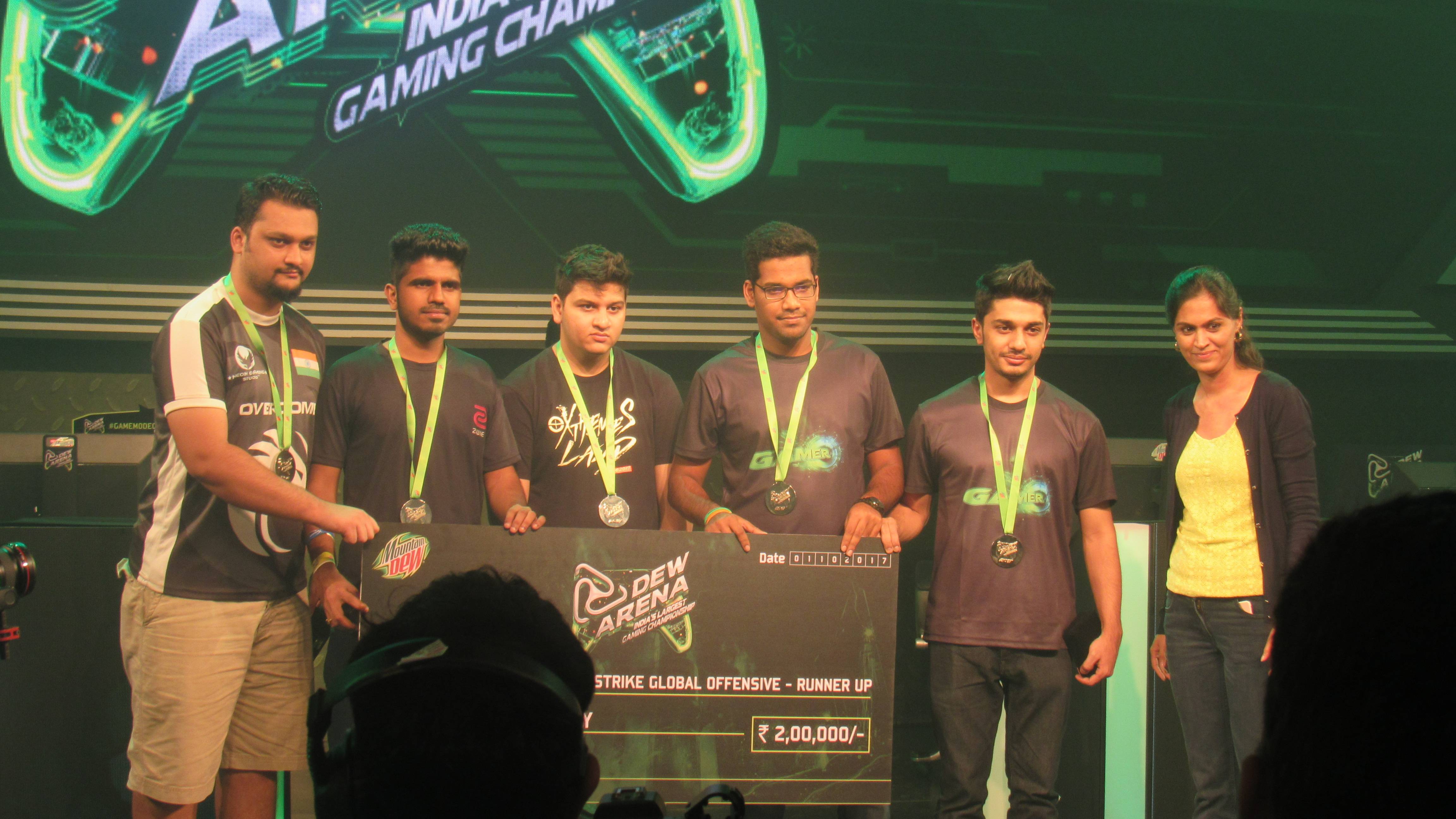 Shooting Monkeys have finally gotten out of their rut. Their recent showing at the Dew Arena 2.0 shows us that their gameplay has been revived for the better. The look like they are working the kinks out of the team, transforming themselves from an overaggressive PUG-style squad into a more disciplined side.

Their recent success in the Dew Arena LAN notwithstanding, Shooting Monkeys will still have an uphill battle winning the event. Entity Gaming are still the obvious favorites, and Shooting Monkeys do not have a promising track record against them. Still, they have an excellent shot at coming out as runner-ups in this tournament due to the absence of the UAE teams.


We are very excited to see these teams battle each other over the next few days and enjoy the Fall Season Finale. The games and production of the summer season finale were incredible and we all loved every minute of it. But we fully expect this weekend to be better in every way.

In addition to the tournaments, the LAN finale will also be featuring numerous activities like a Cosplay Competition, a Just Dance Competition, Live Interviews, Player Signing sessions & Giveaways for attendees to stay entertained and engaged. There will also be Booths where ZOWIE by BenQ, HP by Omen & HyperX will be showcasing their latest products.