The SEA qualifiers also saw perpetual favourites Fnatic fail to qualify for a Valve event for the first time since its inception. Here is a quick recap of the proceeding just in case you missed the qualifiers.

The 1st Open qualifier saw WG.Unity breeze past their counterparts including Rave and Fire Dragoon Esports with ease, not dropping a single game against their opponents. Fire Dragoon Esports finished second while The Great Indian Hope Entity Esports were disappointing losing out to First Departure in the round of 16.

In the 2nd Open qualifier Fire Dragoon Esports were out for vengeance after their defeat in the finals of the 1st Open qualifier. They took out the likes of Team Maven (Who beat Entity Esports earlier) , Mineski x and Team Rave to grab the second Open qualifier spot. 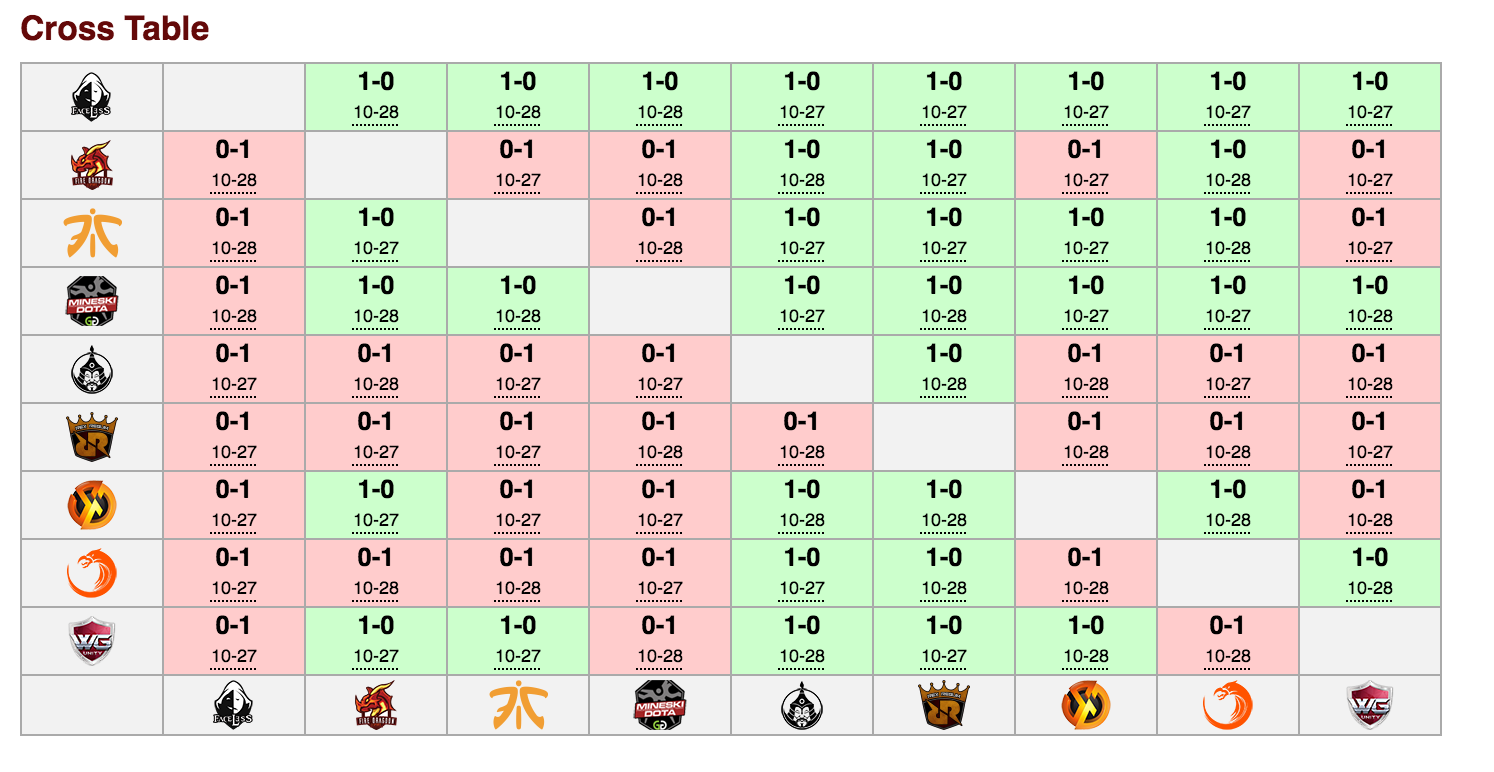 Daryl ‘iceiceice’ Koh’s Team Faceless absolutely dominated proceedings in the Group Stage. They won all their 8 games with relative ease. Whilst Fnatic who were expected to finish 1st in the group stages dropped games to Faceless, Mineski and their Malaysian counterparts WG.Unity and finished 4th with a win-loss record of 5-3.

Mineski finished 2nd in the group stages only dropping a single game to Team Faceless courtesy of impressive carry play from Singaporean star Meracle who has finished his compulsory national service and is back to playing Dota full time.

The real surprise of the tournament was WG.Unity who managed to finish 3rd after losing to Team Faceless, Mineski and TNC Pro team. xNova their 5 position support in particular shined for WG.Unity in spite of the fact that he was a last minute addition to their squad. 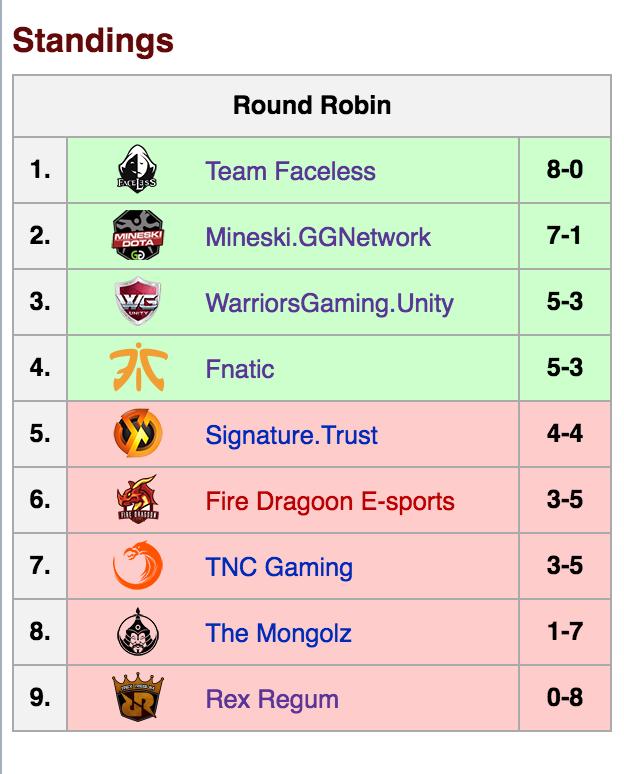 Thus the playoff brackets were set, With Team Faceless choosing to face WG.Unity, Mineski was set to face Fnatic who were desperate to redeem themselves.

With Black on the Ursa getting shutdown by the Spirit-Breaker roam and iceiceice getting very little on his Morphling it was upto Jabz, who was the only Faceless player in the top 4 networths 15 mins into the game, to step up. He did not fail to deliver; He was instrumental in their comeback in the mid game finishing with a KDA of 11-5-7. They 5 man wiped the WG.Unity squad at minute 29 and secured rosh. They took racks after picking of the Juggernaut 32 minutes in, with the help of the Storm Spirit aegis. They finished of the game after they practically stomped a teamfight where they Killed both the Juggernaut and Timbersaw with no Buybacks 36 minutes in.

Game 2 was a lesson on why you should never let iceiceice get his hands on his signature Timbersaw. He absolutely decimated the enemy team with his damage output. WG.Unity stood no chance even with their Drow-OD draft. WG.Unity attempted to comeback with their radiance Naga but it was too late in the end.

Game 1 was hands down the best game of the Boston Major qualifiers. I do not wish to spoil this game for you. Please watch it.

Fnatic Looked broken after their game 1 loss. There was no synergy between them.With Meracle styling over them with his aghs Mirana and raging-_-Potato on his signature Alch. Once Fnatic fell behind, they were out of the game especially since they went for a lategame Spectre lineup. Mineski’s mid game was too strong for Fnatic to overcome.

Game 2 was another incredible game. I will not spoil this game but I will say that Fnatic have made a habit of making games interesting by taking them to the Ultra-lategame. WG.Unity also put in an incredible performance facing elimination from the tournament.

So with WG.Unity pulling out a clutch performance in game 2. The series would go on to a deciding game 3. Ahjith showcased us one of the best performances by a Mid laner in the SEA qualifiers on his Juggernaut. He was involved in 26 of the 31 kills his team secured. He also died only once in the entire game while sporting a GPM/XPM of 741/771. Fnatic was sadly unable to handle theWG.Unity's Juggernaut and were eliminated from the tournament.

Team Faceless tried to copy the Fnatic push strat with a couple of their own elements thrown into the mix like iceiceice’s Jakiro. Although their early game push strat failed, Team Faceless showed their resilience and flexibility by taking this game late and still managing to beat Mineski primarily due to Black’s Slark play.

Team Faceless took a page out of the OG playbook as they went for a Medusa/Drow strat. As expected the back and forth game lasted well over 60 minutes with Meracle on his Juggernaut and RagingPotato on his Slark putting up quite the fight. In the end, Jabz’s Medusa was too farmed for either of them to handle and thus Team Faceless were the first team to join Team Execration and MVP Phoenix to the Boston Major with an enviable 12-0 record.

Mineski had no time to rest as they had to play in the Loser Bracket Finals immediately after their epic 2 hour slugfests against Team Faceless. Game 1 saw Mineski turn to their tried and tested Huskar-Dazzle strat. Although this time it was raging-_-potato on the Huskar instead of Kuku. WG.Unity perhaps capitalizing on the tired Mineski strat drafted a Tinker, whose Laser absolutely wrecks Huskar provided Tinker gets enough farm. WG.Unity’s Tinker and Jugg got fead too many kills(Perhaps fatigue played a part) leading to a stomp over Minseki in Game 1.

LD put it in the best way possible "Mineski can just not get an easy game, if they're going to win, it's going to be climbing mount everest with no freaking supplies, a broken leg, and bleeding." Although raging-_-potato put in a commendable performance on his TA, He alone was not able to carry the game against Ah Jith’s Ultra-farmed Medusa. Unfortunately, Meracle’s Chaos Knight Illusions were just not able to do enough damage before being easily killed of by Ah Jith. Mineski couldn’t win this game and were eliminated from the Boston Majors as a result.

WG.Unity were delighted with the result as evident from their celebrations.

MVPs of the Tournament 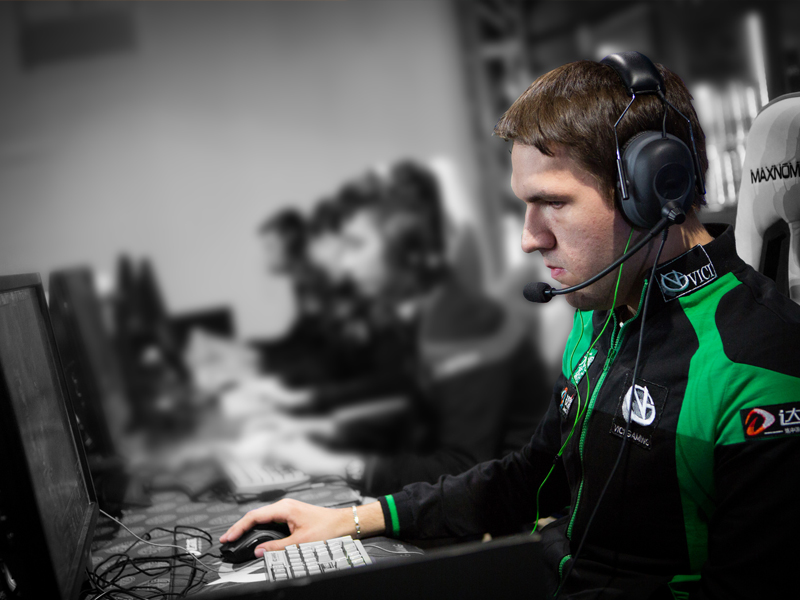 Black has returned to the SEA scene after well over 6 months and he is showing us why he won several international lan titles with Vici Gaming. He has now evolved, He can fight early if necessary but always keeps up his farm. No matter how badly his team is performing, he doesn’t fail to farm and when he is done there is no stopping him. He has been instrumental in the stability of his team which has lead to their 12-0 record in the qualifiers. 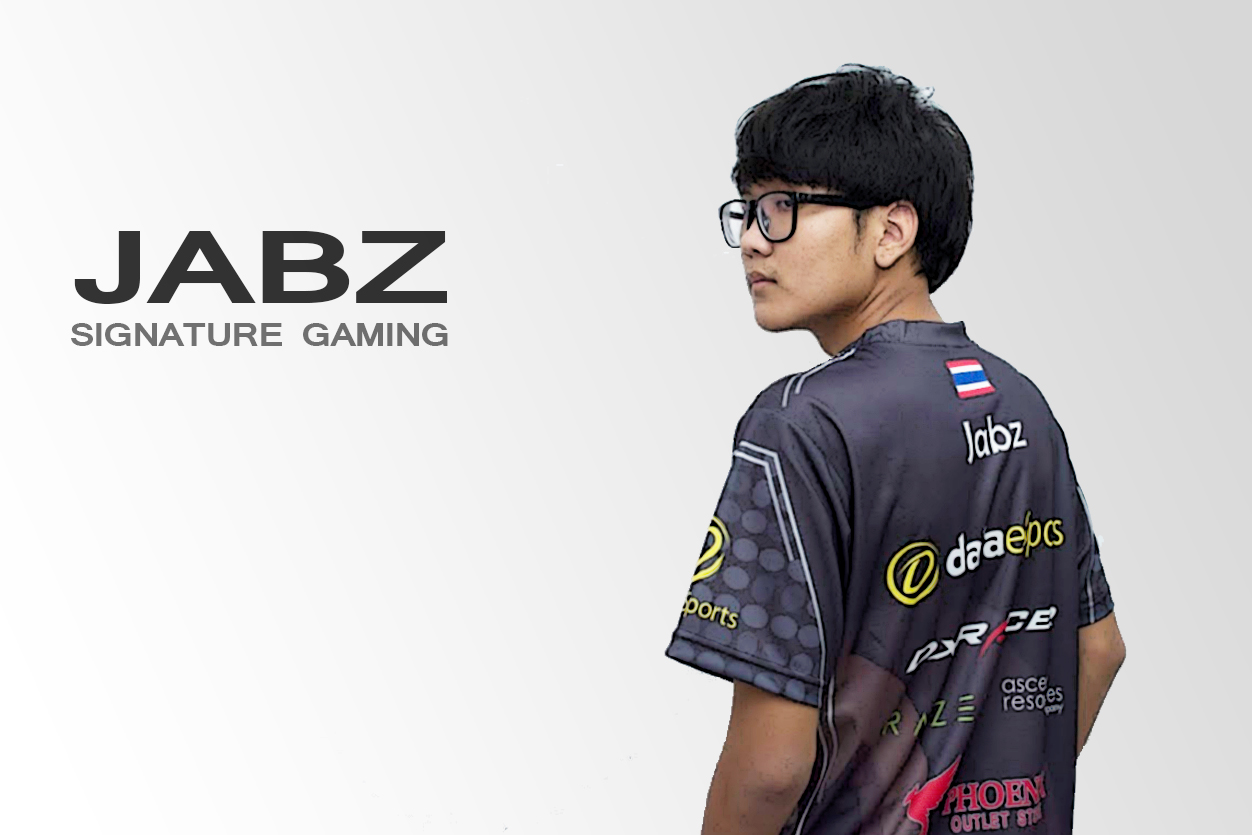 This man has come a long way in such a short time. It is probably not easy to come into an allstar team comprising of 4 TI attendees as a relatively unknown player. Let alone being asked to be their mid as well as handle drafting responsibilities. But this Thailand star has risen upto the challenge, he is quite stable at mid and he plays a wide range of heroes at a high level. While Black’s pool is quite limited. With Team Faceless favouring a Witch Docotor and Ogre support, Jabz has allowed them to draft a wide range of combination which has worked very well for them. 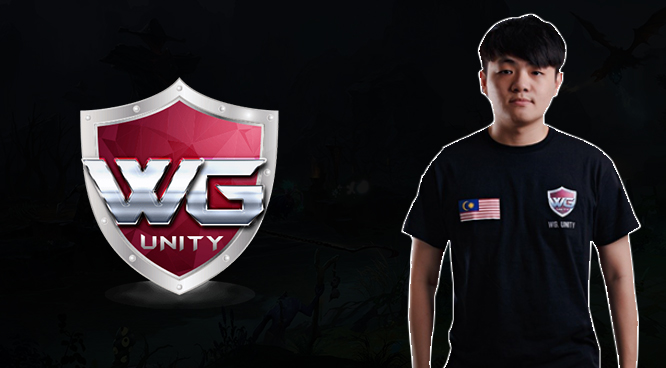 While many supports have performed amicably in the Sea qualifiers, No one has done more with less amounts farm than WG.Unity’s captain Ah Fu. He has been absolutely incredible in this tournament as their support while playing 9 different heroes in their 16 matches with very little farm. Ah Fu has been instrumental in securing Ah Jith’s mid lane farm during the laning stage allowing WG.Unity to smoothly transition into the midgame where Ah Jith dominates the enemies.