An INR 3 lakh first place prize and a chance to compete at one of the biggest LANs that the SEA region has to offer. The stakes simply could not have been higher. Team Signify walked in to the main event stage as the favorites having stomped on Aggressive 5 in the Winner Bracket finals thanks to some spectacular performances from BlizzarD and Skemberlu.

(See Also: A Recap of the first two days of the Main Event)

Aggressive 5, on the other hand, walked into the arena cool, calm and collected lead by their captain Pasoll. The analyst desk was leaning towards a 2-0 in the favor of Team Signify despite Aggressive 5’s form in the ESL India Premiership – Fall Season before this event. 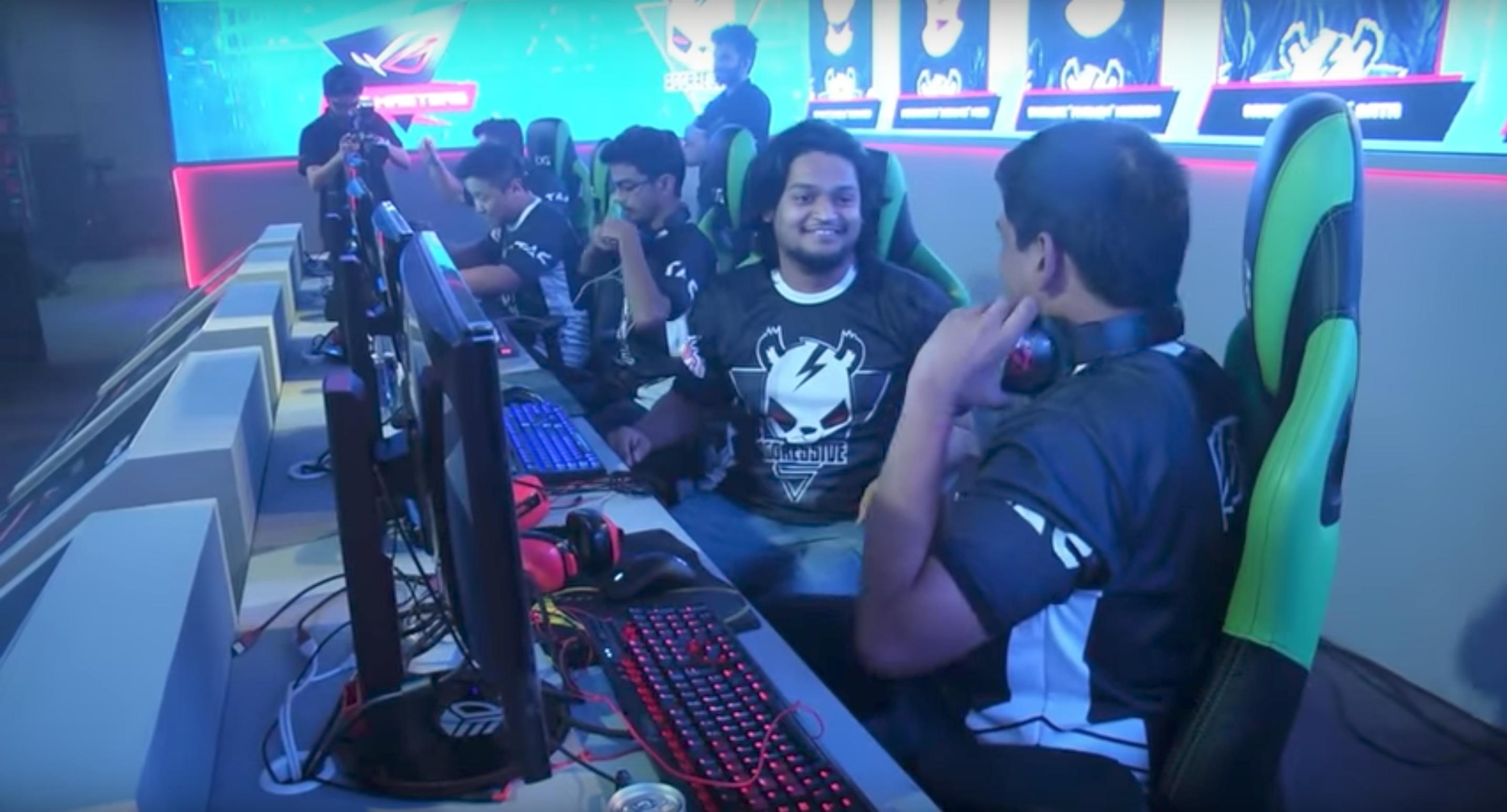 A silver lining of having to play more games from the lower brackets is gaining opportunities to learn and adapt. Aggressive 5 looked like they had studied their opponents well and picked specific heroes to counter the aggressive Team Signify push lineup comprising of a Nature’s Prophet, DK and a Mirana.

Aggressive 5 had picked up a Queen of Pain and a Lycan as their main damage dealers with a Batrider as their main form of control and initiation.

While the sidelanes were very even, an unwell Crowley was being out lasthitted and out played by Padling’s stellar Queen of Pain in the mid lane. This lead to DK falling behind in farm and levels which delayed Team Signify’s push.

Negi on his Lycan took full advantage farming all over the map whilst also securing objectives and teamfights from everywhere in the map thanks to Howl. But Skemberlu was extremely farmed and this lead to a closely contested mid-late game stage. Aggressive 5 played intelligently and with a couple of pickoffs managed to secure two lanes of Barracks.

Although they failed and were teamwiped while going for the third lane, Team Signify just didn’t have the firepower to take advantage of it and as a result, Aggressive 5 took game 1. 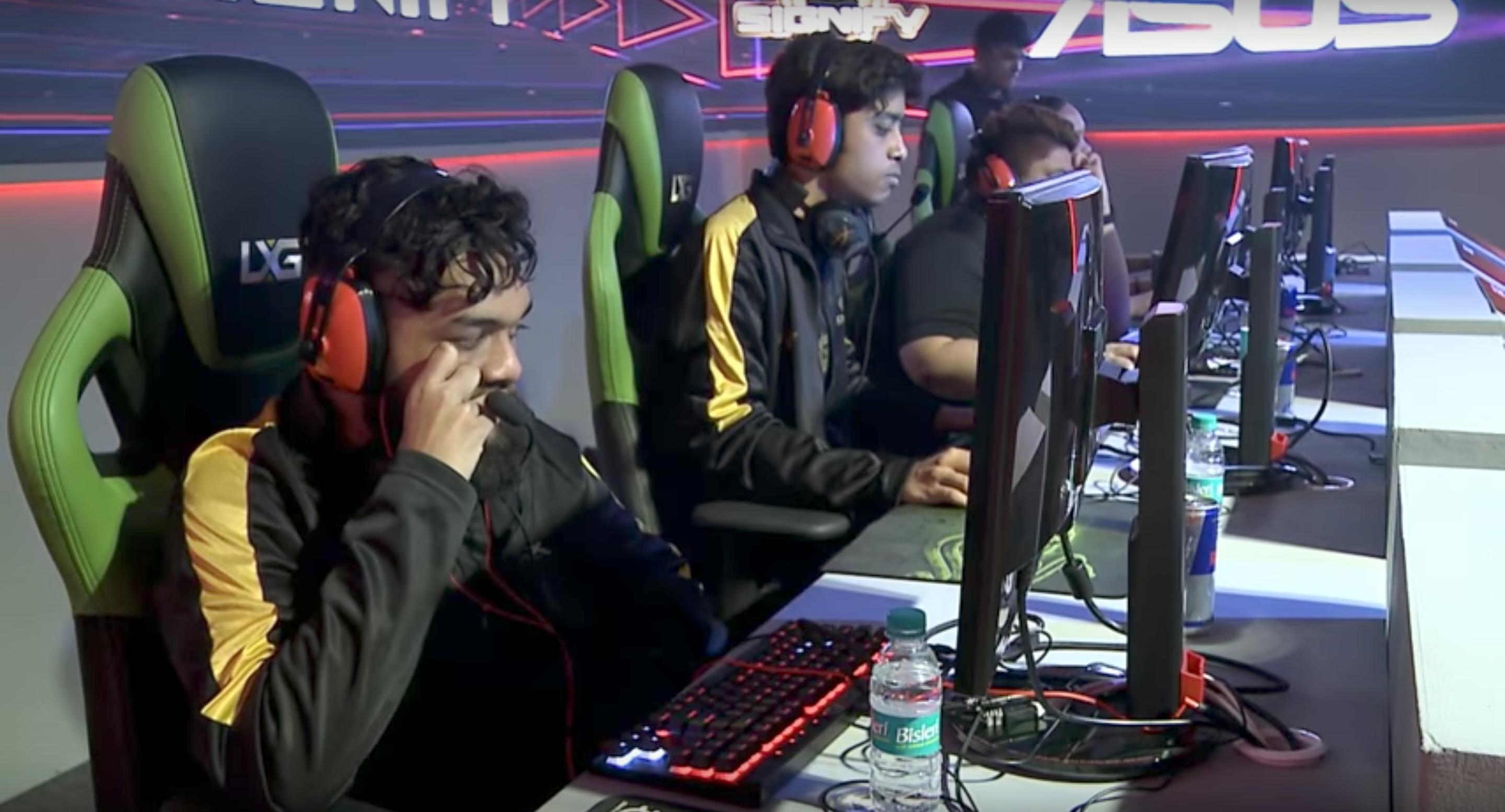 After a disastrous laning phase in game 1, Team Signify reorganized and drafted for strong lanes in game 2. They had favorable matchups in all their lanes, and found kills in all of them to kick off a 3-0 kill lead.

Crowley in particular on his Queen of Pain traded evenly with Padling’s Necrophos in the laning stage but then proceeded to take over the game making several key rotations and baiting Aggressive 5 into bad positions and taking advantage of it. No_Chanc3 on his signature Enchantress made plays all around the map fully securing a laning stage victory.

But in a game like Dota one teamfight can change everything, as Aggressive 5 found a huge teamfight victory out of nowhere managing to turn around a 15k deficit with Negi on his Mirana, suddenly being able to go toe-to-toe in terms of damage against Blizzard’s Lycan.

Signify’s lack of lockdown was severely starting to hurt them as they just didn’t seem to be able to reliably lockdown Padling’s Necrophos before he got off his array of spells. But key item pickups including a hex on Crowley’s Queen of Pain and Abysal Blades on both BlizzarD’s Lycan and Skemberlu’s Legion Commander solved that issue and Signify managed to close out a close Game 2.

Few things hurt as much as getting dumpstered by a Huskar in the Championship game. Aggressive 5 just couldn’t deal with it. While Crowley played a Death Prophet and Blizzard switched to the offlane position as the Legion Commander, Skemberlu was the star of the show for Signify.

He held his own against an aggressive trilane while his team decimated the rest of the lanes. While Aggressive 5 did secure as much farm as possible before Huskar hit his power peak, it just wasn’t enough. Skemberlu was basically immortal deep inside the enemy base. Aggressive 5 just had no answer to him and hence, as a result, conceded their last and final game in the Asus ROG Masters– South Asian Finals to Signify.

Signify have now qualified for the APAC qualifiers where they will go up against teams like Execration to fight for a place in the $500,000 ROG Masters – Finals. Massive congratulations are due for BlizzarD, Crowley, No_Chanc3, Skemberlu and Owa.

Outside of the Dota 2 tournament, a few other noteworthy events happened as well. Entity Gaming won the CS:GO tournament in style sweeping Eternal Esports 2-0 with ease. They too will join Team Signify in their trip to the APAC qualifiers.

A cosplay competition was also hosted by Cosplay Genies Colour Me Aorin and Rheality Lapse which featured some of India’s best cosplayers in elaborate costumes. The world’s slimmest gaming laptop ‘The ROGZephyrus’ was also launched at the event.

Overall this tournament was one of the best esports events held in India. The Production value, the treatment of the Players as well as the Talents were all top-notch. This was all capped off by a spectacular Bangalore crowd who kept our ears ringing throughout the event with their constant cheering.

With another Dota 2 tournament pushing production levels to new highs, we look forward to the future with anticipation to see what it will bring us.