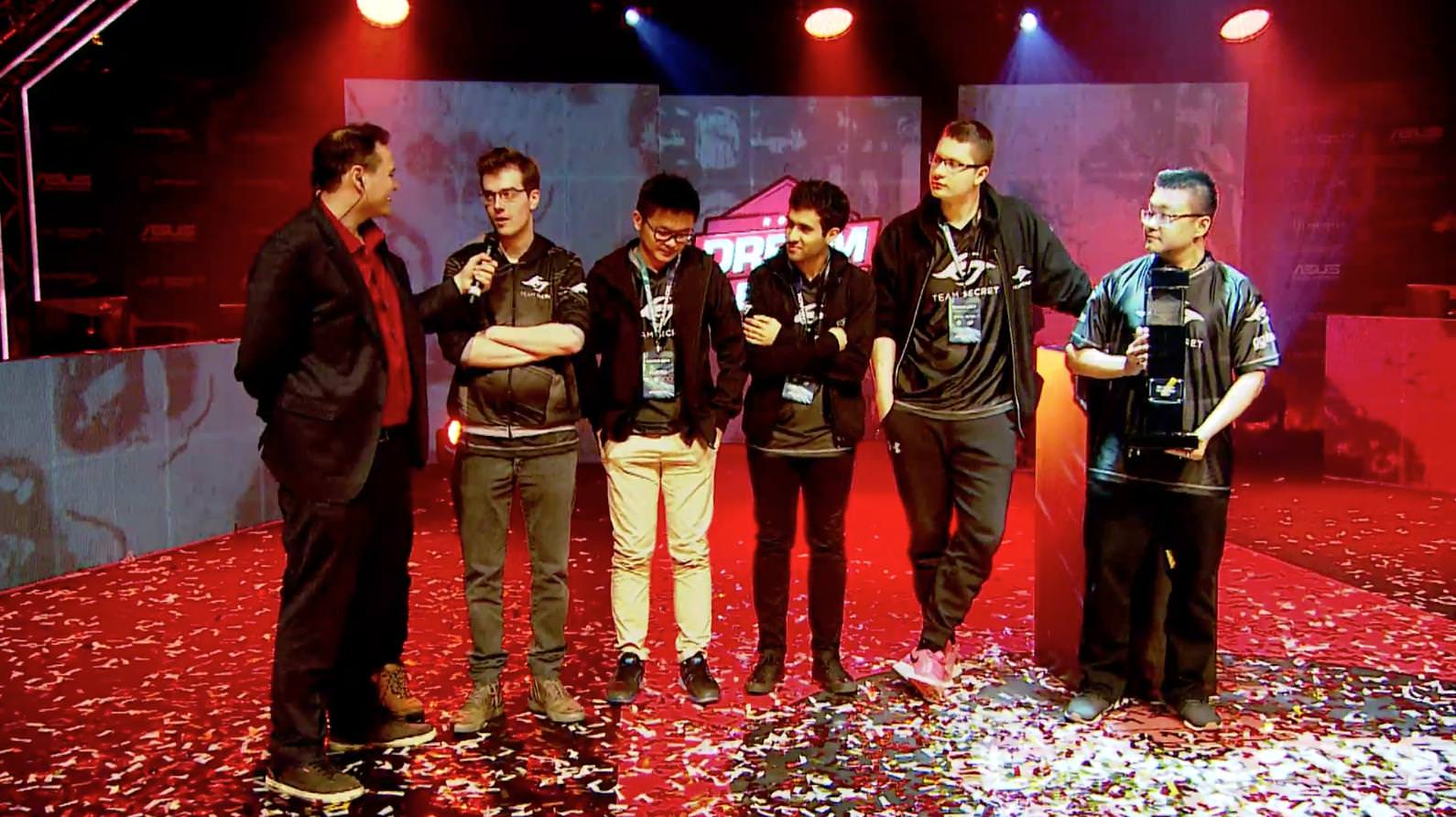 Team Secret swept the reigning TI champions Team Liquid 3-0, winning the lions share of the $1,000,000 prize pool in the process. Here is a short summary of all three games, for those who might have missed it.

Game 1 was yet another incredible match between these two superstar teams lead by 15-year Dota veterans Kuroky and Puppey.

The laning stage was incredibly difficult for the two carry players, Miracle and Ace. They were pressured very hard leading them to have sub-par CS leading to sub-par networths. But this gave enough space for the other players to step up. Matumbaman and Yapzor, in particular, played incredibly well. The latter was even 11-0-10 in the KDA department at one point.

But the king of the Late-Game was Midone who secured the victory for Team Secret on the back of a late-game Divine Rapier purchase on his Kunkka.

Game 2 was an exhibition of perfect split-pushing from Team Secret. Even though Liquid had quite a good hero to deal with the split push in Miracle’s Tinker, the itemizations on Midone’s Arc Warden and Ace’s Lone Druid lead Team Secret to win the match.

Even Matumbaman’s near unkillable Lifestealer was not enough to rescue the game for Team Secret.

Game 3 saw Kuroky draft his team into a corner by picking a Drow lineup with a 1-Position Omniknight. The team couldn’t dominate the early game and it couldn't win the late game against Team Secret and FATA’s huge Abyssal Underlord who never looked like he would die thanks to a 16-minute Crimson Guard pickup.

Despite Team Liquid showing signs of a comeback in the mid game and Secret making a few big misplays including multiple positional misplays from Yapzor, the TI7 champs were unable to threaten racks at any point.

The game dragged on and the overwhelming net-worth advantage that Team Secret managed to amass secured them their first major win of this season.

With their win at the ROG Dreamleague – Season 8 Major, Team Secret now move on to the top of the pile in the Dota 2 Pro Circuit table. The next tournament they will be competing in will be the Captain’s Draft 3.0 Minor scheduled for Jan 2018.