Los Angeles is all set for the BLAST Pro Series about to start tomorrow at the HD Buttercup Building, offering a total prize pool of $250,000 USD. The six-team event will be taking place over the course of two days with an additional $20,000 to be won through the ‘Pro Standoff’.

The fourth Blast Pro event of the year will be following a different format than its predecessors.

This time around after the teams have played out the group stage, instead of the top two teams directly duelling it out in a best-of-three to determine the winner, the top four teams will be making their way onto a single-elimination playoff where all the matches will be a best-of-three series.

Out of the 6 teams participating in the event, the four circuit invites are Cloud9, FaZe Clan, Team Liquid & MIBR, while the two wild card invites are NRG Esports & Renegades. 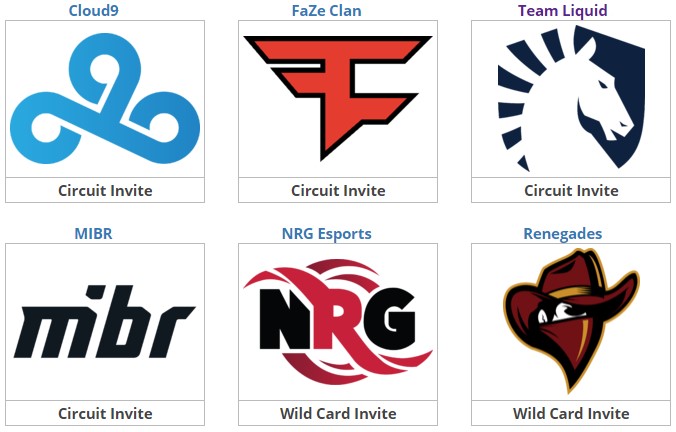 All Bets On Liquid

This event can be seen as an easy run for Liquid to claim their first victory in this year's Blast Pro circuit. Being the home favourites they will be receiving the loudest cheers, as for the first time many are confidently talking of Liquid winning an event.

This event does not have teams like ENCE, Vitality or Astralis playing in it which makes it all the more easier for Liquid to win its first BLAST Pro Series victory of the year.

If there is any team that has any chance of defeating the best team in the world then that is NRG, another team competing in their home turf. Currently ranked fifth in the world rankings according to HLTV, the deadly combination of CeRq and Brehze is lethal.

It might be tough to defeat Liquid in a three-game series but in a best-of-one anything is possible because Liquid is known to be a team that takes its time to settle in, they don’t come in charging through the door right from the start and this is where NRG can really cause an upset, in the group stage.

Out Of Touch - The Four Maybe's

The remaining four teams are all dark horses in the event.

FaZe might surely be enjoying a sixth position in the HLTV world ranking but do they actually live up to that rank is the important question. Because though they were doubted in Miami, FaZe ended up as the winners of that event, maybe this time around they can prove us wrong once again.

MIBR have been struggling for a long time now and haven’t been able to recover no matter what they have tried. Now with even Coldzera being benched for the next two events and zews replacing him, will they finally be able to produce something?

Renegades has lost its touch not able to perform well in recent events, maybe what started in Sydney will only come to an end here in LA, it is a long shot but Renegades has the potential to at least make it to the playoffs.

Cloud9 is stepping in as a whole new team, they have probably dropped off the hardest from the scene not even standing in the top 30 teams in the world. They are the most unlikely team to make it through to the playoffs, so winning the event not even an option.

This is most likely going to be an easy steal for Team Liquid if everything goes well, but an upset in the group stage is always on the card. Let’s see how the teams do in LA. Stay tuned as the action starts tomorrow!