The IEM Katowice 2019 – Open Qualifiers have started to take place with the Middle East and East Asia Open Qualifier – 1 coming to an end yesterday.

This is how the Open Qualifier proceeded, 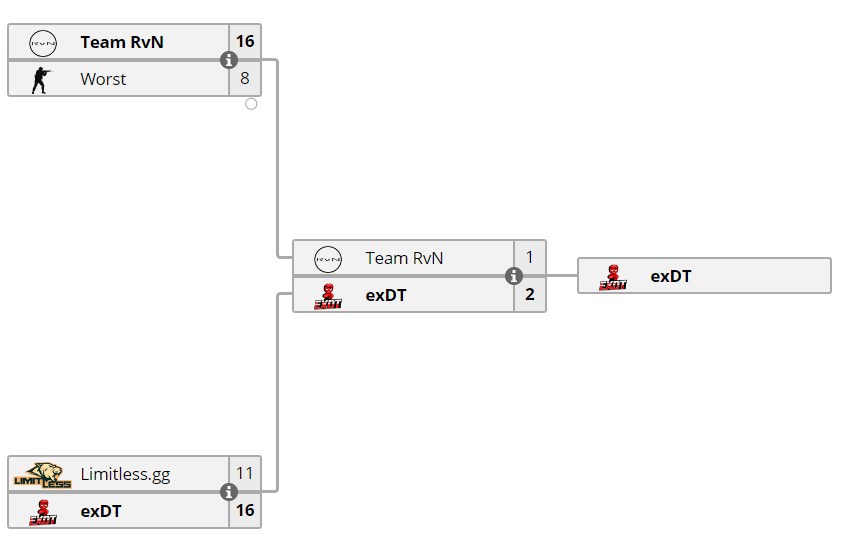 The first semifinal took place between Team RvN and Team Worst which was followed by Limitless.gg going up against exDT.

Team RvN played Team Worst on Mirage where they were slow to start but turning things around, took the fight to Worst who were facing quite a deficit by the halftime mark. It was easy tidings from here on out for RvN who won the game by a score of ‘16-8’.

Limitless.gg locked horns with exDT on Inferno where Limitless.gg displayed a worthy attempt at a comeback in the second half but fell short due to the lead that exDT extended from the first half till the very end, taking the game with a score of ‘16-11’.

Team exDT took down Team RvN with a series score of ‘2-1’ after a heavily competitive series went down to a decider which witnessed exDT come out as the winner.

With RvN won the first match that was played on Mirage with a score of ‘19-16’, it was exDT that clawed its way up the steep slope of defeat and struck back at RvN on Dust 2, where they triumphed with a score of ‘16-13’.

Down to the decider, exDT came out fighting once again on Inferno with the scoreboard reading ‘16-11’. Triumphing over their opponents.

The event which was hosted on ESEA followed a BO1, single elimination bracket till only 4 participants remained after which the finals were played out as a BO3 series.

The four finalists were as follows:

Both Ignis and 29/90 eSports are quite successful teams from their region and were recently seen in action at the SEA Fire Championship 2018 where 29/90 had quite a successful run reaching the semifinals while Ignis went all the way to the finals.

With 2 teams qualifying for the IEM Katowice 2019 – East Asia Closed Qualifier, both the above-mentioned teams made their way through the lot and qualified on to the Closed Qualifier. This is how the Open Qualifiers proceeded, 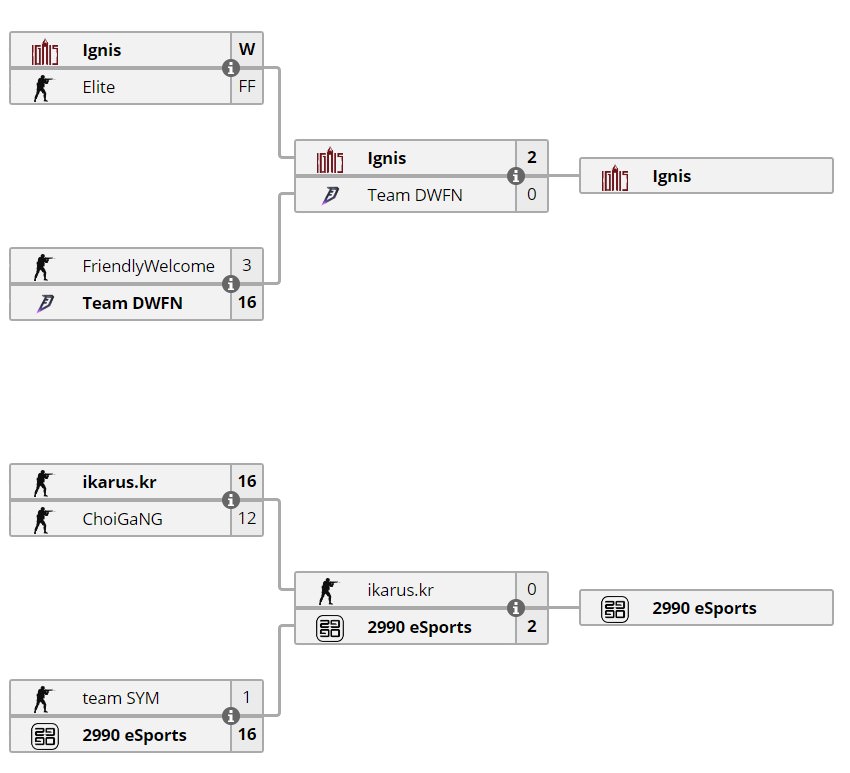 Ignis had an easy time making it into the finals as their opponents Elite supposedly forfeited their game and Ignis triumphed without a single bullet being fired.

29/90 eSports, on the other hand, destroyed their opponent's, Team SYM on Overpass with a score of ‘16-1’. At least SYM was able to walk away with one round to their name.

Ignis faced Team DWFN in the first final of the day. Ignis had a gala time playing against DWFN on Cache followed by Train where Ignis won in two single-sided match-ups scoring ‘16-4’ and ‘16-5’, respectively.

The situation was similar with 29/90 eSports taking down ikarus.kr in the second final match-up. 29/90 defeated ikarus.kr on Dust 2 and Mirage with the same score of ‘16-6’.

There wasn’t much competition between the teams as Ignis and 29/90 eSports just trampled over their opponents and marched into the IEM Katowice 2019 – East Asia Closed Qualifier.