Team Buriza are your TEGC 2017 champions

28th, Oct, 2017
The TE Gaming Cup 2017 came to an end today with Team Buriza being crowned the winners. The two finalists had a relatively easy road to the finals but came with their individual storylines which made the clash very exciting.

For ROG Titans it was a chance to show themselves and their fans that they still have what it takes to be the best in India. The squad comprising of members from once rivals Beyond Infinity and Invisible Wings, have barely had any time to settle down but still came in as hot favorites for the tournament. For Evil Ash it was a chance to pick up his 3rd TE trophy while for A35 it was his 2nd and for Zedisbugg, the finals was a chance to show his previous team Buriza, that he had indeed moved on to what he felt were greener pastures.

Buriza have been playing together sometime now but their failure to win any big LANs has taken a toll on the players and the team looks to be on the verge of disbanding. While TE Gaming Cup 2017 will most probably be their last tournament together, ClownK and co will want to go down with one last hurrah!

The green revolution might be coming to an end come November 1st, but Team Buriza weren’t done with the patch just yet. Their tri-core of Venomancer, Viper and Batrider were more than equipped to deal with the Legion and MK coming out from the Titans. Being able to kite these two melee cores for days, while Swifty’s Puck suffered at the mid lane against the Viper meant that Buriza started the game strong. And knowing that their late-game prowess was lacking, they went all in on the mid-game. Choosing to go tanky on both the Viper and Veno, they played super aggressively, going for fight after fight after fight. 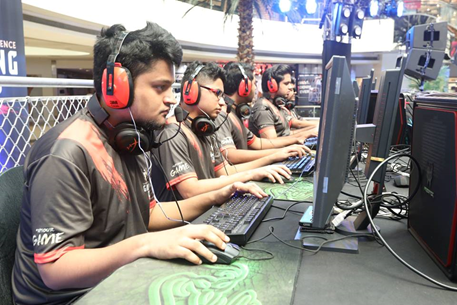 While Swifty and co tried their best to keep the split push going to make space for Archmage’s MK, they ended up getting caught out and with a hero disadvantage, the structures fell one by one for Titans. In the end, the advantage was too much for Buriza, with all the tower and kill gold going their way, the 2 green cores were just too hard to bring down. Once the BKB’s were up, it was only the MK doing damage, and it simply wasn’t enough. The gg push from Buriza came at the 40 minute mark as they chipped away at the buildings forced a bad fight and cleaned house eventually. A prefect execution of a really good draft from Buriza, playing a sort of deathball strat with tons of action. (55+ kills in a 40 minute game!).

Buriza snagged up 3 direct counters in the Storm Spirit, Nyx Assassin and Disruptor in response to Swifty’s Tinker. The Buriza line up also featured a Viper and a Void to dish in the damage once the enemy heroes were controlled while Titans had a Clockwerk, Batrider and Bloodseeker to make the teamfights chaotic. A35’s Lasso was the only reliable counter for ClownK’s Storm Spirit who was farming away to level where he looked likely to get out of control. The Titans lineup was such that Buriza were perfectly comfortable in expending the Chronsphere for a single target and with the Storm jumping on the backlines, fights were beginning to look a bit hard for the Titans. While they did take some key fights, it was the Tinker who was dealing majority of the damage. At around the 34 minute mark, Tinker got caught out by the Storm and though both suffered, it was Tinker’s buyback on the line, while ClownK respawned with the help of his Bloodstone. Suffering a dieback, meant that the Titans had no highground defence and called the gg. 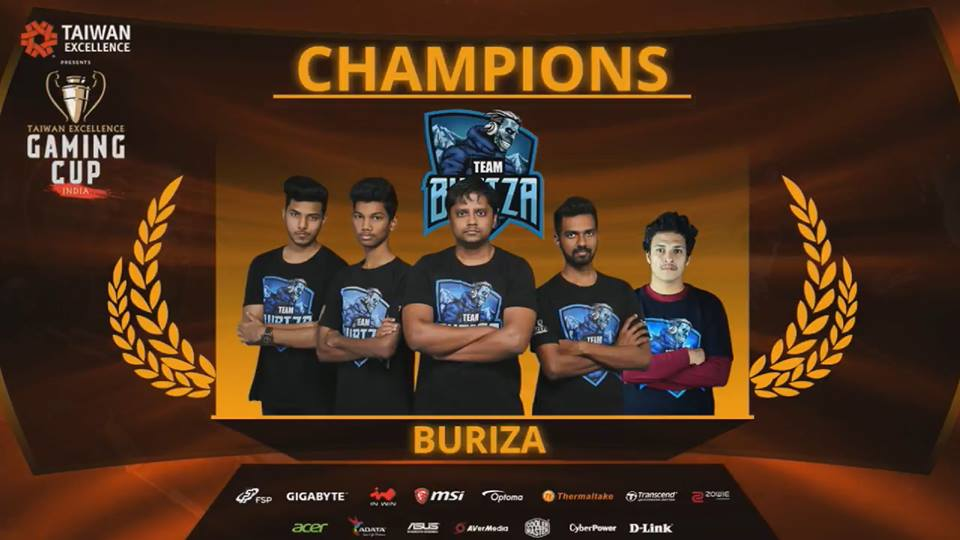 Team Buriza take home 2 lakh in prize money and are crowned the champions of the TE Gaming Cup 2017.
About UsContact UsServicesRSS
DisclaimerAdvertise With UsArchiveEditorial Team