14th, Apr, 2018
While no official confirmation has been made by the Team Admiral; Earlier last week, Jimmy "Demon" Ho confirmed on his stream that he has left the SEA team and moved back to the USA. Which lead to many questions about who Team Admiral will pick up? And whether there’ll be further roster changes? Well, the MDL Changsha – SEA Open Qualifiers might have just revealed the answers to them.

The playing 5 as registered on faceit are as follows: 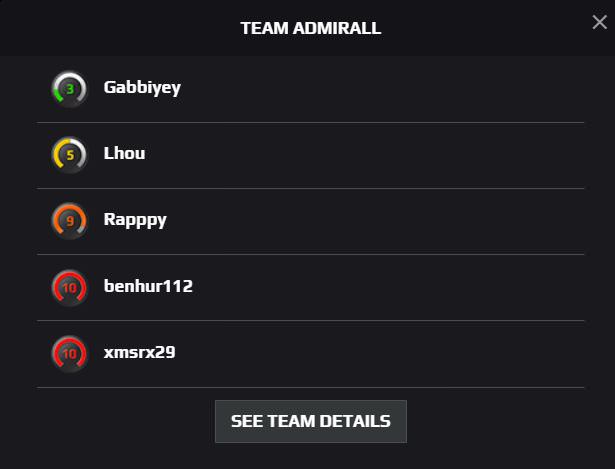 This confirms Ralph Richard "RR" Peñano’s departure from the Team Admiral squad with many left wondering where he will head to next. Both new additions, Rapy and Lhou are highly experienced players who have been in and around the Philippines’ Dota 2  circuit for quite a while. This will be their biggest opportunity yet.

With so many post roster-lock reshuffles happening in the SEA Dota 2 Circuit, it looks like the upcoming Open Qualifiers in the leadup to the International 8 will be extremely competitive.

You can watch this roster make their debut at the MDL Changsha: SEA Open Qualifiers later today on our Twitch channel.
Watch live video from AFKGamingEsports on www.twitch.tv