Signify pave their way into the Regional Quals for Galaxy Battles

15th, Nov, 2017
Team Signify have secured themselves the qualification slot for the SEA Regional Qualifiers of the upcoming Galaxy Battles Major despite playing with standins.

Recently we learned that Signify had registered for some tournaments with A5’s Negi and PasoLL as standins. It wasn’t surprising to see them register for the India Open Qualifiers despite not fielding a full roster, given that this is a prime opportunity to reach the Regional Qualifier for an Indian team.

Galaxy Battles is the first tournament of this season to have exclusive Indian Qualfiers and this coupled with the fact that it’s a MAJOR, would lead one to assume that a lot of teams would be willing to give it a shot. Sadly, this wasn’t the case. About 30 odd teams signed up for the open qualifiers and it ended up being a cakewalk for some of the stronger teams till the later stages. 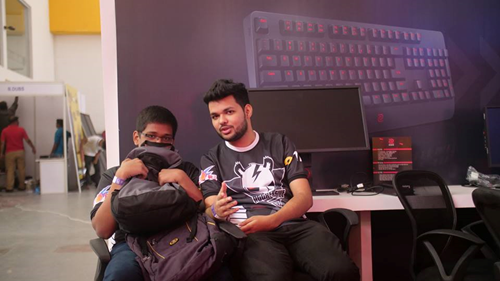 ROG TiTans yet to find their feet

It hasn’t been the best of starts for ROG Titans as they failed to have the result they were hoping for twice in a row now. After losing to Buriza in the Taiwan Excellence Gaming Cup 2017 finals, Swifty and co met their match in Signify in the India Quals semi-finals. Despite going 1 game up in the series, the Titans were unable to close it out and eventually conceded the series 1-2.

The finals were a one sided affair as Signify pretty much had the number on Azgalor Army (Krowaz’s stack) in both the games.

Signify will join HappyFeet, Fire Dragoon and WG.Unity in Group B of the SEA Regional Qualifiers. The format for each group is a double elimination bracket with one team advancing from each. The winners will then be put in a single elimination bracket along with the Group A winners, Mineski and Fnatic.

Signify’s first match is against HappyFeet on the 20th of November at around 5 30 pm IST.
About UsContact UsServicesRSS
DisclaimerAdvertise With UsArchiveEditorial Team