Secret bring out the big guns against VGJ.Storm

Team Secret moved into the top 6 with a clean 2-0 over VGJ.Storm. It’s the highest ever TI placing for Team Secret who have had extremely poor runs in the last 3 years. The 4th place DPC Team Secret didn’t have the best of times in the group stages and got demolished by EG in the upper bracket but have shown resilience in the lower bracket, having knocked out two teams. VGJ.Storm finished top of Group B, surprising a lot of people but an early loss to OG in the upper bracket put them in danger of getting eliminated. Secret used their experience to their advantage coming out on top in the crucial encounter


Game 1: Meepo and Clinkz go to town on VGJ.Storm


Secret had the advantage from the drafting phase as Midone destroyed Yawar’s TA on his Clinkz forcing him into the jungle early on. Fata’s Necrophos held his own in the bot lane while Ace got his hands on his signature hero, Meepo. Sneyking’s WK had little farm to show for 20 minutes and Secret had a 10k gold lead by then. Midone was all over Storm, with an early Blink Dagger pickup allowing him to get in and out of skirmishes. By 22 minutes, Secret looked unstoppable as Ace’s Meepo rocked a Blink, Manta and Ethereal Blade while Midone’s right clicks were instant death for the Storm supports. With an Aegis in tow, Secret were ready to go for the gg push and Storm were swept aside as Secret took game 1 in clinical fashion. An 11/0/3 performance from Midone’s Clinkz told the real story of the game. 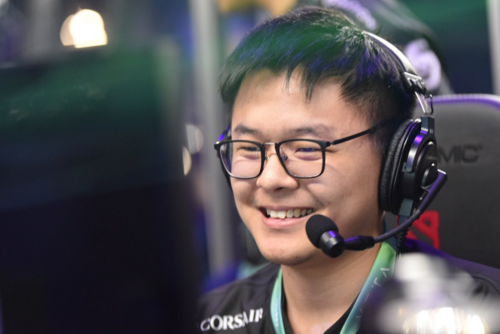 
Game 2 started off much better for VGJ.Storm as all 6 cores in the game got to trade farm. Secret ganked the Medusa twice before twenty minutes, using a Swap into Global Silence to ensure the kill went their way. Ace’s Terrorblade meanwhile was doing pretty well, especially as a first item Shadowblade on Sneyking’s Tiny prevented him for jumping Secret’s carry. However, once his Blink Dagger was up, VGJ.Storm suddenly began to look like a different team as they were able to burst down Ace before he got his Sunder off and both teams began to trade farm evenly. At around the 27-minute mark, Secret got baited into a bad fight as Ace got caught out by the Stone Gaze and had to use his buyback to save their base from falling. 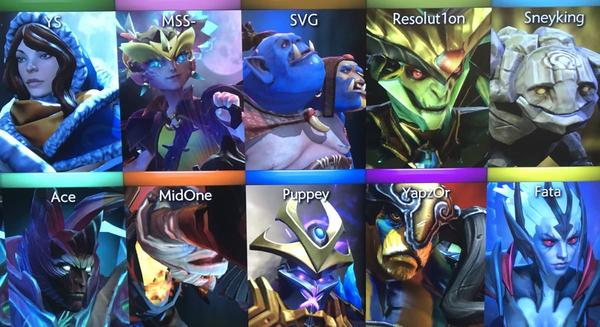 Both teams went at each other, not holding back buybacks but Storm’s AOE control allowed them to take easier fights as they started dominating Secret and building up a networth lead. At around 46 minutes, Storm won another important teamfight as they got the jump on Secret from the highground. Soon after, Secret got the fight they wanted as VGJ.Storm walked into them as they were attempting Roshan and Ace teared them apart in a matter of seconds. Storm’s 20k gold lead started getting smaller and smaller and Secret felt the momentum going their way. Resolution went for a Divine Rapier pickup on his Medusa, desperately hoping that it would be enough to hold back Secret. However, A Refresher shard on Ace allowed Secret to turn things around as Storm had no answer to double BKB and double Metamorphosis. Resolution could have gotten away but a costly mistake from Sneyking in tossing Terrorblade onto the retreating Medusa signalled the end of the game for VGJ.Storm.

Secret now move onto the next round, where they’ll face their toughest challenge yet, Team Liquid. It’s the end of the road for VGJ.Storm who surprised everyone at TI8 and played some really good and entertaining Dota.