10o, Jan, 2018
The Dota Pro Circuit has been particularly kind on the South East Asian teams with only Mineski showing any sort of resilience. While both Fnatic and TNC have also gotten off the board, with some Qualifying Points, both of them are very far from the table toppers, Team Secret at the moment.

Source:Liquepedia
However, with lots more Minors and Majors taking place in 2018, the tables could turn just as easily. Currently, the regional qualifiers of ESL One Katowice (Major) and Starladder iLeague Season 4 (Minor) are underway for the SEA region. Let’s take a look at how the teams have been faring.

The SL Season 4 is the 9th minor for this season and the second one hosted by Starladder. This time around the SEA Regional Quals featured 8 teams, (7 invited + 1 OQ) and they were seeded in a single elimination bracket.

TNC through to the finals

TNC esports, placed second at the MDL Macau Minor last year and will be looking to accrue more points this year. Their journey at the SEA quals began well as they moved onto to the finals, with relative ease. Their first series was a def win owing to the fact that Alpha Red was traveling for the WESG APAC Qualifiers, following which they closed out a comfortable 2-0 over Fnatic in the semis to move on. In game 1, TNC used their Shadowfiend to perfection, getting him a good start all the while ensuring that EE’s TB had a torrid time in lane. Raven too put in a monster performance on the Timbersaw to ensure that the TB and the PL had no room to maneuver in team fights by bursting them down straight up. 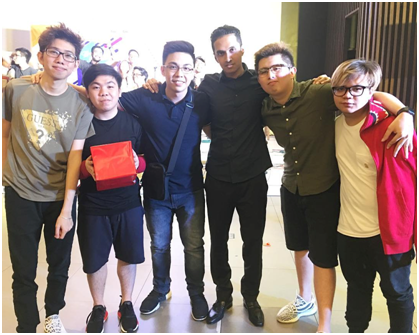 Source: TNC Facebook
Game 2 was even more one sided as again TNC found that pressuring EE was the key to victory. With Raven on the Razor having a good lane, the supports were free to pressure the enemy cores. And Kuku would soon be taking control of the game, with an 11 min Boots of Travel, Bottle and Soul ring. Fnatic fell too far behind with TNC having track gold, and ended up gging at the 22nd minute mark.

Geek Fam pulled off a surprising 2-0 over Clutch Gamers to move onto the semi-finals. Newly acquired carry player Chappie, had a rough start, failing to secure a single kill in the series as CG went down looking out of shape. CG will have to dig deep in the semi’s though, as in all likeliness they will have to go up against the kings of SEA, Mineski.

ESL One Katowice is the 3rd Major of the season and will be the 3rd  ESL event in the circuit. The SEA Regionals featured 4 tier 1 invited teans, 3 tier 2 invites and 5 open qualifier slots. Round one of the single elim brackets have been played out leaving us with 8 teams, all fighting for a spot in the Major. Here’s how things stand.

Watch the quarter finals action unfold as we take you through the games today. We will be following CG Vs Execration at 11 30 am IST/2 pm SGT on twitch.tv/AFKGamingEsports
Watch live video from AFKGamingEsports on www.twitch.tv