15th, Apr, 2018
Two open qualifiers on the same day turned out to be a boon for many and a bane for some. For the two qualifiers, meant that the bigger teams who would be expected to make long runs in the tournament were forced to choose between the two tournaments, which would lead to a much more open playing field for the rest of the teams.

ESL One Birmingham provided some of the most matchups of the day. Happy Feet vs Team Admiral, PG Barracx vs Neon Atomic, Taskus Titans vs Execration are just few of the several sets of great matches we had on the day.

By the end of the day, only Team Admiral, Alpha Gaming, PG Barracx, and Detonator were left standing in the Semifinals. All 4 teams are relatively evenly matched up and any of them could go on to win their next match and move on to the regionals, when the action resumes today. 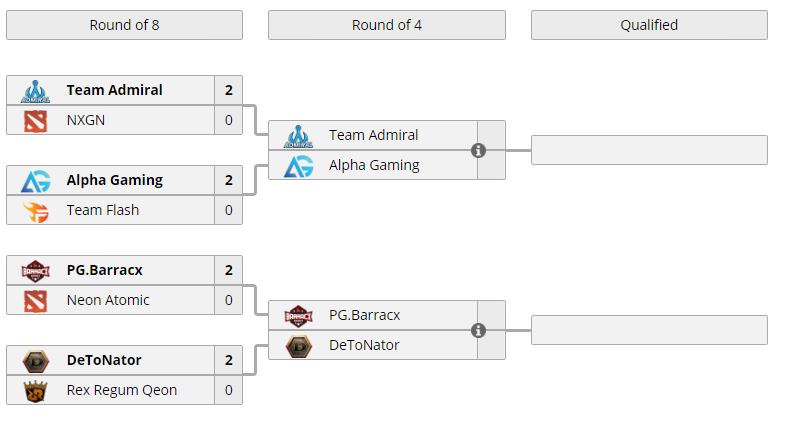 The MDL Changsha: SEA Open Qualifiers were far less stacked than the ESL One: Birmingham – SEA Open Qualifiers. With only TNC Tigers, Entity Gaming and Echo International starting off the main event, this was expected to be a cakewalk for them, at least up until the semi-finals.

Entity Gaming and Echo International made it without too much of a hiccup, but TNC Tigers were upset by a surprise loss against Thailand team, SeTH Gaming. The four teams just one win away from securing spots at the SEA regional qualifiers are Neon~, Entity Gaming, Echo International, and Young Minds. We expect both Semifinals to be closely contested series.

We will be streaming the games on our Twitch channel. Be sure to tune in.