21st, Jan, 2017
For years now, the Indian esports scene was thought to be a dead one, one that only existed as a figment of  people’s imagination. And all in all the concept was a hard sell, with only a few believers and loyal fans, the scene was heading nowhere fruitful. But 2016 marked the year where Indian esports moved out of dimly lit café’s and local college level cultural fests with companies / organizations suddenly willing to invest money, time and effort into a scene whose ability to blossom in a country like India seemed impossible. But with the growing belief in technology, the dream of a Digital India and the fact that the global esports landscape was moving forward like a Japanese bullet train, the concept of esports was suddenly too big to be ignored in India. Big ticket LANs featuring prizepools over 10 lakhs each, salaried organizations, sponsorships and a sharp spike in production and coverage suddenly set the Indian esport ecosystem onto a very different path. The involvement of established global esport players like ESL and Mountain Dew only added credibility and reinvigorated the faith that sponsors, brands and industry experts had in this emerging global phenomenon. 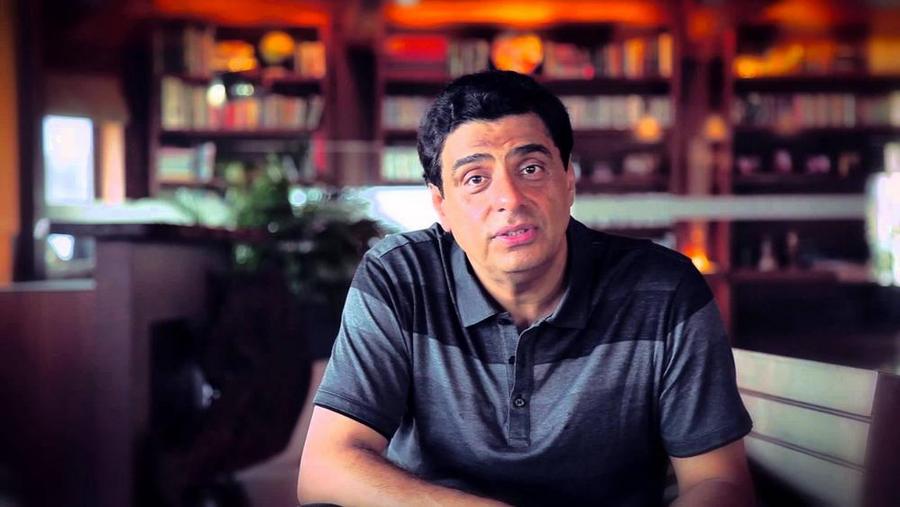 Businesman, Entrepreneur, Media Mogul - Ronnie Screwvala
Image Credits: Forbes
With 2016 proving to be a very crucial year in global and national in esports, all eyes were on 2017 to see in what direction we were really headed. According to recent developments, it looks like the forecast for the year indeed looks like a positive one. In an announcement that the esport community in India gobbled up with pure joy and excitement, Ronnie Screwvala, the man behind the UTV group, announced his entry into the realm of esports and the news could not have come at a better time. The UTV brand name is famous in mainstream media mainly for UTV Motion Pictures, known for production and distribution of Bollywood films. UTV also operates 6 channels currently on air on Indian television with Bindass being among the most recognizable ones.
Since founding UTV, Ronnie Screwvala has been a very influential figure in the media and broadcasting industry, eventually selling his company to the Walt Disney Co. In 2014, he moved out of the media and broadcasting field and currently invests in a variety of digital and e-commerce ventures. After acquiring UMumba, the Mumbai based Kabbadi team which garnered massive success, Ronnie currently plans to setup an esports league in India called UCypher.  The parent company - Usports which will be handling this tournament, has reportedly marked out a budget of INR 80-100 Crore for this, which has everybody going into a tizzy. And why not, considering the success UMumba and Kabbadi had (It’s now the second most watched sport on Indian TV according to business standard with over 435 million viewers) UCypher has all the makings of the next big thing. 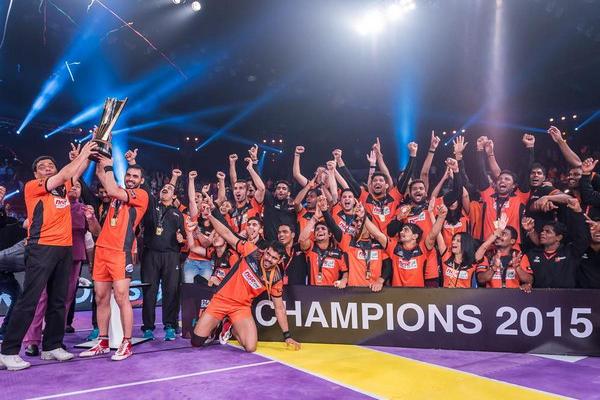 The format hasn’t been fully revealed but if sources are to be believed, it revolves around a franchise based system just like the IPL or the Pro Kabaddi League. May is the intended period for kickoff for UCypher and all we know as of now is that the original plan involves 10 teams of 12 players each. The focus will be on existing titles like Dota 2, CS:GO and FIFA with an added focus on mobile games which is growing to be a huge market in India. While this is purely speculation, our guess is that the each one of the 10 player teams will consist of the following : 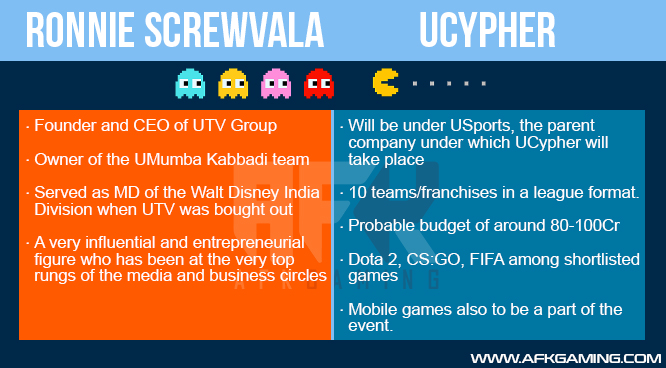 Obviously the finances associated with this project are already on a gargantuan scale. Coupled with the fact that this is most likely going to be broadcast on television with the marketing and advertising potential that someone who started UTV possesses, the announcement certainly has been a big one with only positive reactions in the community.

Esports on television isn’t completely unheard of though, with ESPN broadcasting the The International in the US and ELEAGUE also on air on TBS. Many national channels also regularly broadcast esports especially in countries where the genre has taken off particularly well(Korea, Switzerland, Russia). Infact, India had it's own fair share of televised esports via a show titled 'Games Bond' that old school community members will remember  as an absolute cringefest! With such a big announcement so early on in the year, the future of Indian esports certainly looks very bright.