The Playoffs for StarSeries I-League Season 6 started off yesterday with the eight qualified teams facing off each other playing in a BO3, single elimination bracket.

This is how the quarterfinal matches went down on the first day of the Playoffs, 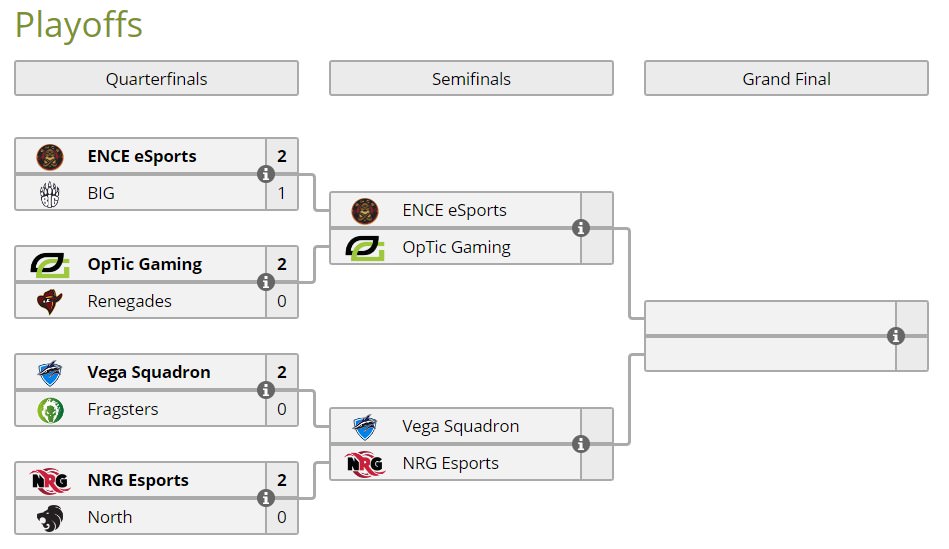 ENCE eSports won against BIG taking the series with a score of ‘2-1’.

The first match between the two took place on Overpass where the overtime drama witnessed the Germans come out on top with the score reading ‘22-20’. The second match is where ENCE got fired up taking down BIG on Nuke with the scoreboard reading ‘16-9’. The final decider was held on Train where ENCE managed a comfortable win with a score of ‘16-10’ and moved on to the Semifinals.

That was hectic, we felt the pressure at the start but retained our cool and took the semi-final spot GG @BIGCLANgg #esportsfi

OpTic made quick work of the last remaining hope from the APAC region, as Renegades were eliminated after losing the game by a score of ‘2-0’.

The first match took place on Dust 2 where OpTic defeated Renegades with a score of ‘16-8’. Renegades were struggling throughout this match-up and just looked really distracted as a team which resulted in some bad calls and suicidal plays.

The second match which was played on Inferno was as bad as the first one where Renegades gave away a huge lead to OpTic in the first half. Although a great effort was made by the Renegades in the latter half, OpTic took the match with a score of ‘16-10’.

Optic moved onto the semifinals where they will be playing against ENCE eSports. 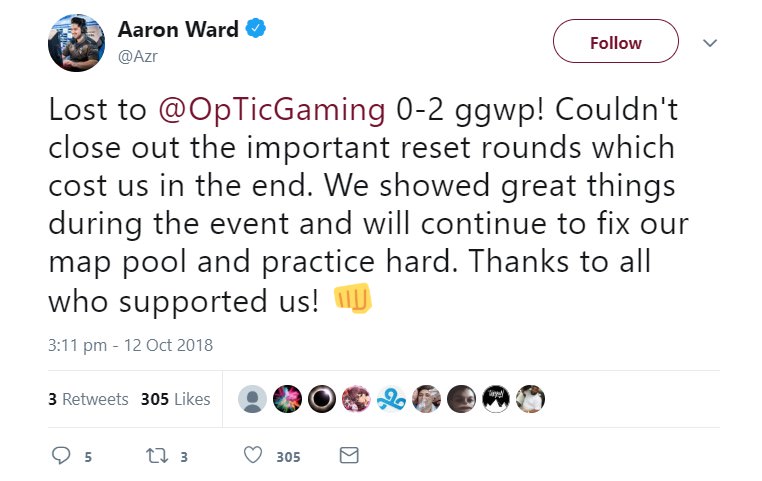 Vega Squadron took the series ‘2-0’ against Fragsters knocking them out of the tournament.

We won 2nd map against @TeamFragsters 16:13 and have advanced to semifinals of #StarSeriesS6! Thanks you for your support!

They won their first match on Dust 2 with a score of ‘16-10' and although Fragsters tried to put up an even better fight in their second attempt on Cache, they failed to hunt down the shark losing by a score of ‘16-13’.

NRG Esports eliminated North from the league taking them down with a score of ‘2-0’.

Both the matches were pretty close where North played well but failed to close down the matches towards the end losing the first match on Train and the second on Overpass with the scores reading ‘16-14’ and ‘16-13’, respectively.

NRG Esports move on to face Vega Squadron in the second semifinal match-up of the day.

CLEAN SWEEP as we take down @TheNorthIsHere 2-0!

Stay tuned to find out which teams make it onto the finals of the StarSeries I-League Season 6.