The Toyota Masters CS:GO Bangkok 2018 came to an end of its Group Stages today along with the Playoffs witnessing Renegades reach the Semifinals.

The event which started day before yesterday on 22nd November witnessed participation from 10 teams out of which 4 were direct invites while the remaining 6 made their way through the regional qualifiers.

Following teams are part of the event:

The 10 teams were divided into 2 groups consisting of 5 teams each with each group following a BO2, round-robin format which resulted in a lot of drawn match-ups. It was an exciting and very unpredictable group stage and this is all the action that took place in it: 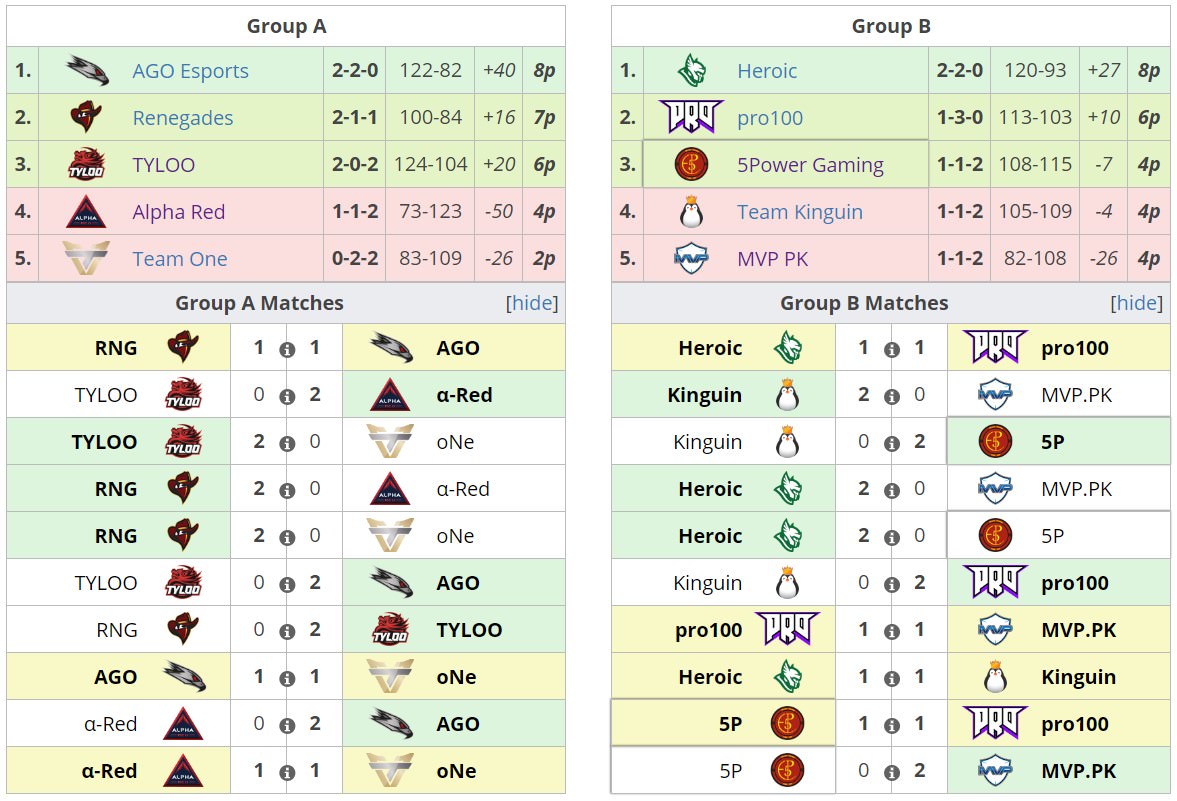 It was quite a surprise to witness Renegades not take the top spot in Group-A as they had a drawn match-up against AGO, who are at the top of their game.

Another shocker was a loss to Tyloo who do not seem to be performing anywhere near their true potential.

The local team from Thailand could not make it past the Group Stage but they certainly left a mark by making the crowd go ecstatic as they defeated the best Asian team Tyloo. 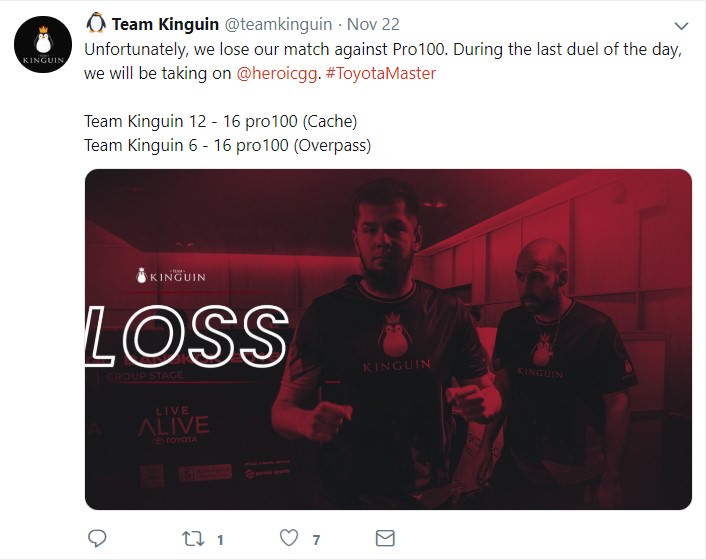 Their loss against 5Power was quite a shock but the way 5Power were playing was really very impressive, making it all the way to the Playoffs. 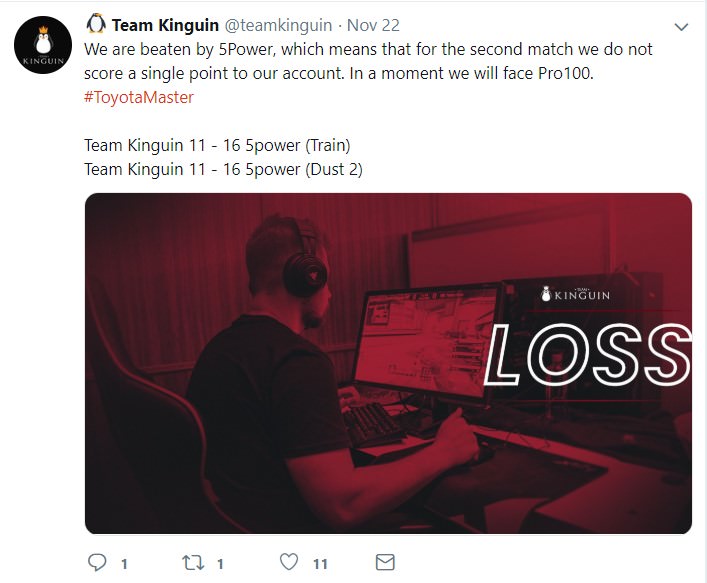 The team was a disaster as they managed to win only against 5Power. Recognized as the second strongest Asian team who had recently won the ZOWIE eXTREMESLAND 2018, this was a really big blow for the side.

Top 3 teams from each group made it to the Playoffs which follows a BO3, single elimination format.

While the 2nd and 3rd placed teams from each group played the Quarterfinals, the teams that finish at the very top of their respective groups directly qualified to the Semifinals.

This is how the Playoffs have proceeded so far:

During the match-up between Tyloo and pro100 a health emergency was declared from the side of Tyloo as one their players, Ke ‘captainMO’ Liu had to be rushed to the hospital due to a mouth infection.

Tyloo had just lost the first match to pro100 on Inferno by a score of ‘16-13’ after which due to the occurrence of some technical difficulty the second match was delayed by a bit. This delay caused Tyloo to call off the match and reschedule it for today.

Due to @Mocsgo's urgent medical condition (unbearable pain from mouth infection) plus venues's equipment issues, our game vs @pro100official will be postponed until tomorrow. Exact time will be confirmed. #toyotamastercsgo

Aussies In The Semis

The first match witnessed Renegades dominate their opponents quite heavily while the second match saw 5Power put up a great fight but could not manage to withhold their discipline, crumbling under the pressure of the closing rounds.